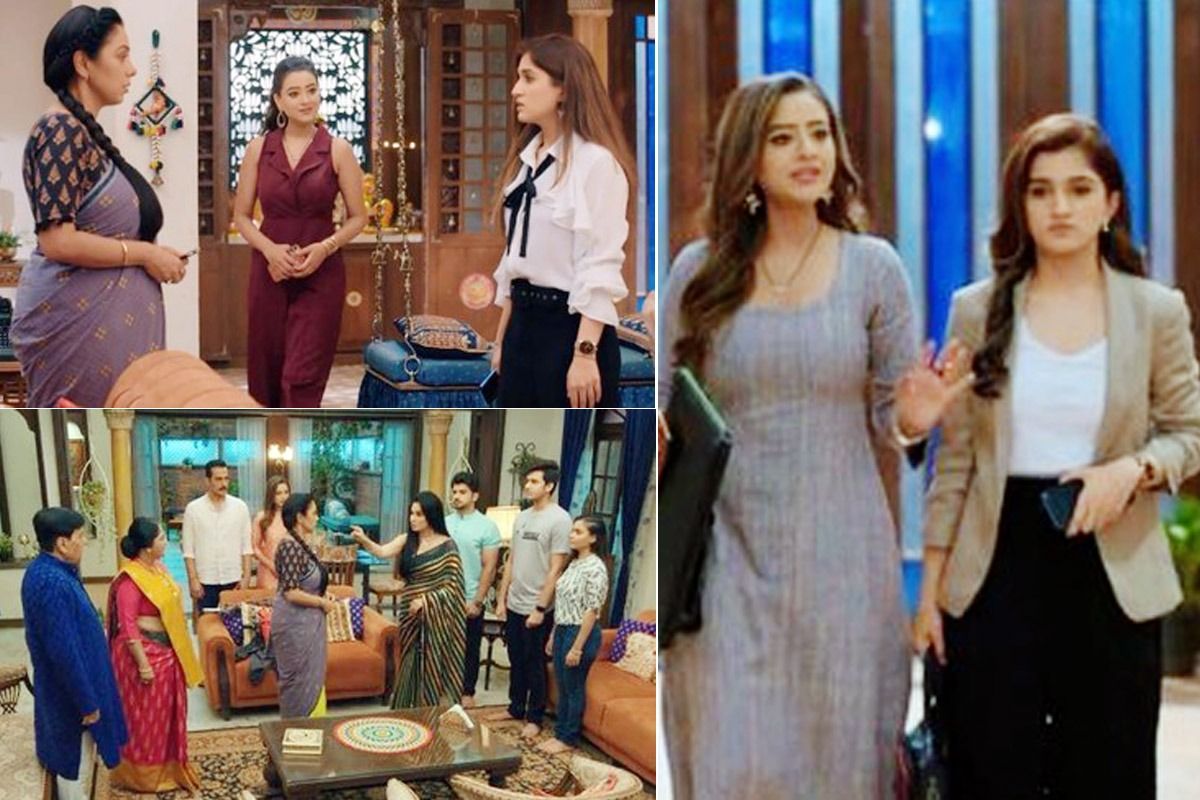 Anupamaa Spoiler Alert: In this week’s episodes, Anupamaa will be in for a shock after Kinjal speaks rudely to Baa. It all started when Anupamaa learns about her mother’s sickness and rush to hospital. In absence of Anupamaa in the Shah house, the household chores and work pressure fall entirely on Kinjal. Kavya, who plans to break the family, does not leave a chance and manipulates her against the Shah family. Kinjal, who tries to manage work and household chores, gets taunted by Baa constantly. But at the end, she gives up and tells Baa that she is not Anupamaa neither she can ever be. Also Read – Anupamaa Major Twist: Anupamaa Finally Learns About Kavya’s Evil Plan To Break Family, Will She Teach Her a Lesson?

Adding fuel to the fight, Kavya informs Rakhi Dave that Shahs are making Kinjal do the household chores. Rakhi comes to the Shah residence and threatens the family that she will put each family member behind the bars for torturing her daughter. Further she asks Kinjal to come back to her home with her. Also Read – Anupamaa: Mithun Chakraborty, Father-In-Law of Madalsa Sharma, Visits Show’s Set | See Photo

As Baa and Kinjal get into heated argument, Anupamaa gets shocked at looking at Kinjal’s behaviour towards Baa. She scolds Kinjal and questions her for her behaviour but Kinjal, for the very first time, raises her voice against Anupamaa. Also Read – Anupamaa’s Kavya Aka Madalsa Sharma Shares Real Life Equation With Co-Star Anagha With a Quirky Video | Watch

After the whole saas-bahu drama, Kavya plans to target Kinjal and make her life troublesome. Kavya believes that she will not support Anupamaa after Baa-Bapuji fiasco and also, she is a big hurdle at her office. Kavya targets Kinjal and Paritosh’s marriage by brainwashing Kinjal against Paritosh. Kavya will now try to create rift between the couple and separate them.