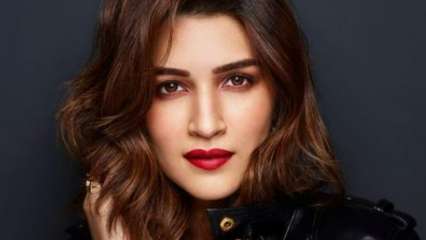 B-town diva Kriti Sanon has been a busy bee ever since the last year and now with the lockdown restrictions easing, the reigning actress is back on her toes juggling her jam-packed schedules.

The talented diva was spotted outside a studio post her action training session. A fan club took to their social media account to share the pictures as they wrote, “Krits spotted today post-training session for her next #ganapath.”

The multi-faceted actress looked super cool in a dark purple, co-ord printed, gym-wear outfit paired with a light pink jacket and hair tied up in a bun. Kriti will be seen in her first ever out and out action role in ‘Ganapath’, and has already started her action training for the same.

Take a look at the photos here:

‘Ganapath’ reunites the hit debut pair, Tiger Shroff and Kriti Sanon. In her first look for the film, Kriti could be seen in a super hot and grunge look as she was seen sitting on a bike filled with dirt. Her fans are clearly super excited to see this versatile actress don yet another new avatar.

Apart from ‘Ganapath’, Kriti has a super envious lineup including Om Raut’s ‘Adipurush’ opposite Prabhas starring her in the role of Sita, her solo lead film, ‘Mimi’, ‘Bhediya’ with Varun Dhawan, ‘Bachchan Pandey’ with Akshay Kumar, ‘Hum Do Hamaare Do’ with Rajkummar Rao along with another unannounced project.