Akshay Kumar’s much anticipated film ‘Bell Bottom’ is all set for a grand theatrical release globally on July 27. Last week, along with the premiere date, Akshay also shared an exciting teaser of the film. On Thursday, June 25, Huma Qureshi shared a couple of goofy selfies from the movie’s screening.

In the photos, the cast of ‘Bell Bottom’, Akshay, Lara Dutta and Vaani Kapoor can be posing with the victory sign as Huma clicks their selfies. Behind the stars was a white screen with the film’s name written on it. While sharing the photos, Huma asked her fans to guess the name of the movie, but with ‘wrong answers only’. “Guess the name of the film ??? Wrong answers only !!! @akshaykumar @larabhupathi @_vaanikapoor_ and yours truly !!! #love #gratitude #blessed My cast mates @pooja_ent,” Huma wrote in her caption.

Akshay Kumar, Lara Dutta and Vaani Kapoor re-shared Huma’s photos on their Instagram stories. Vaani also shared a photo from the screening with the actors. “See you at the,” she wrote in her caption with a camera reel and popcorn emoji. 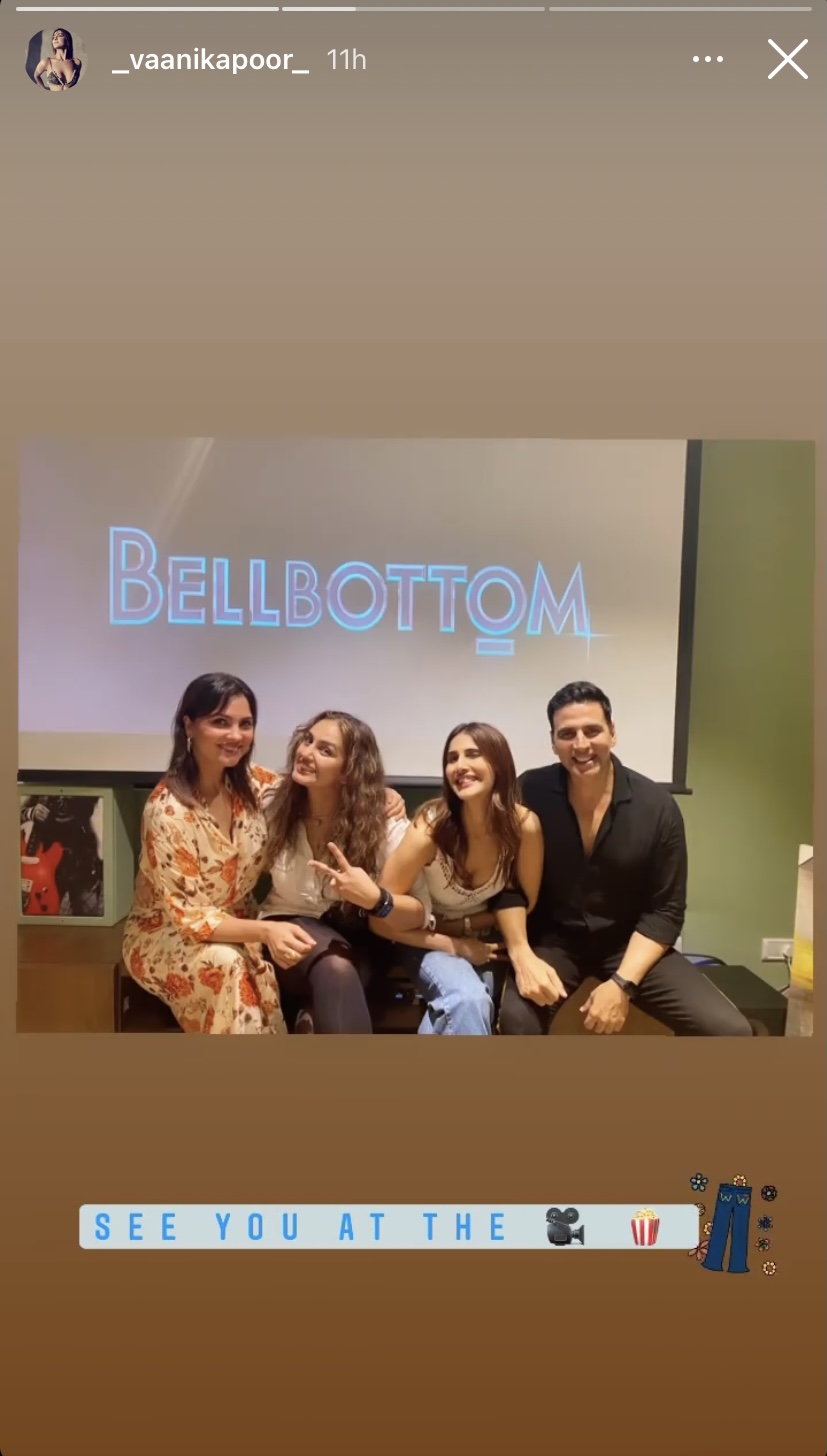 Set in the backdrop of the 1980s, ‘Bell Bottom’ had created a massive buzz last year as it became the first Bollywood movie to start and complete its shooting amid the COVID-19 pandemic where the film’s entire cast and crew flew to Scotland to shoot the movie in a bio-bubble.

‘Bell Bottom’, a spy thriller, will feature Akshay playing the role of a RAW agent. It is based on the plane hijacks that took India by storm in the early 1980s. Lara will essay the role of former Prime Minister Indira Gandhi, who was in power at that time. Vaani will play Akshay’s wife in the film.