Where to watch?: Netflix

From a satire to a psychological thriller, four short stories from celebrated auteur and writer Satyajit Ray are adapted for the screen in this series.

With ‘Ray’, you start with an incredible Ali Fazal story and end with a unique Harshvardhan Kapoor tale with a sandwich of twisted stories featuring stalwarts Kay Kay Menon and Manoj Bajpayee. It goes from chilling, gasping for breath to ‘say what?!’ by the time you end those three hours of nine minutes you will realise how way ahead of time was filmmaker Satyajit Ray.

The first story is ‘Forget Me Not’ by Srijit Mukherji featuring Ali Fazal and Shweta Basu Prasad in the lead roles. It is based on ‘Bipin Choudhurir Smritibhram’. The film premise is ‘A cut-throat corporate shark (Ali) prides himself on his vivid memory until an encounter with a woman he can’t recall sends him down a vortex of self-doubt.’

Ali stands out with his role as a narcissistic man named Ipsit Rama Nair with an eidetic memory. His maniac antics will leave you gripped but more so it’s the reality check which takes up the last few minutes of the film that will intrigue you. However, as the film progresses, one can get an idea of where it is heading to and that leaves it with a little surprise.

‘Forget Me Not’ is the longest film of the lot and could have been cut short given that the montage in the climax summed it up perfectly on the tale.

Ipsit’s character is scary as he impresses you with his dapperness and computer brain. But as the movie progresses you will end up hating him for his behaviour which is ignored from the word ‘go’. 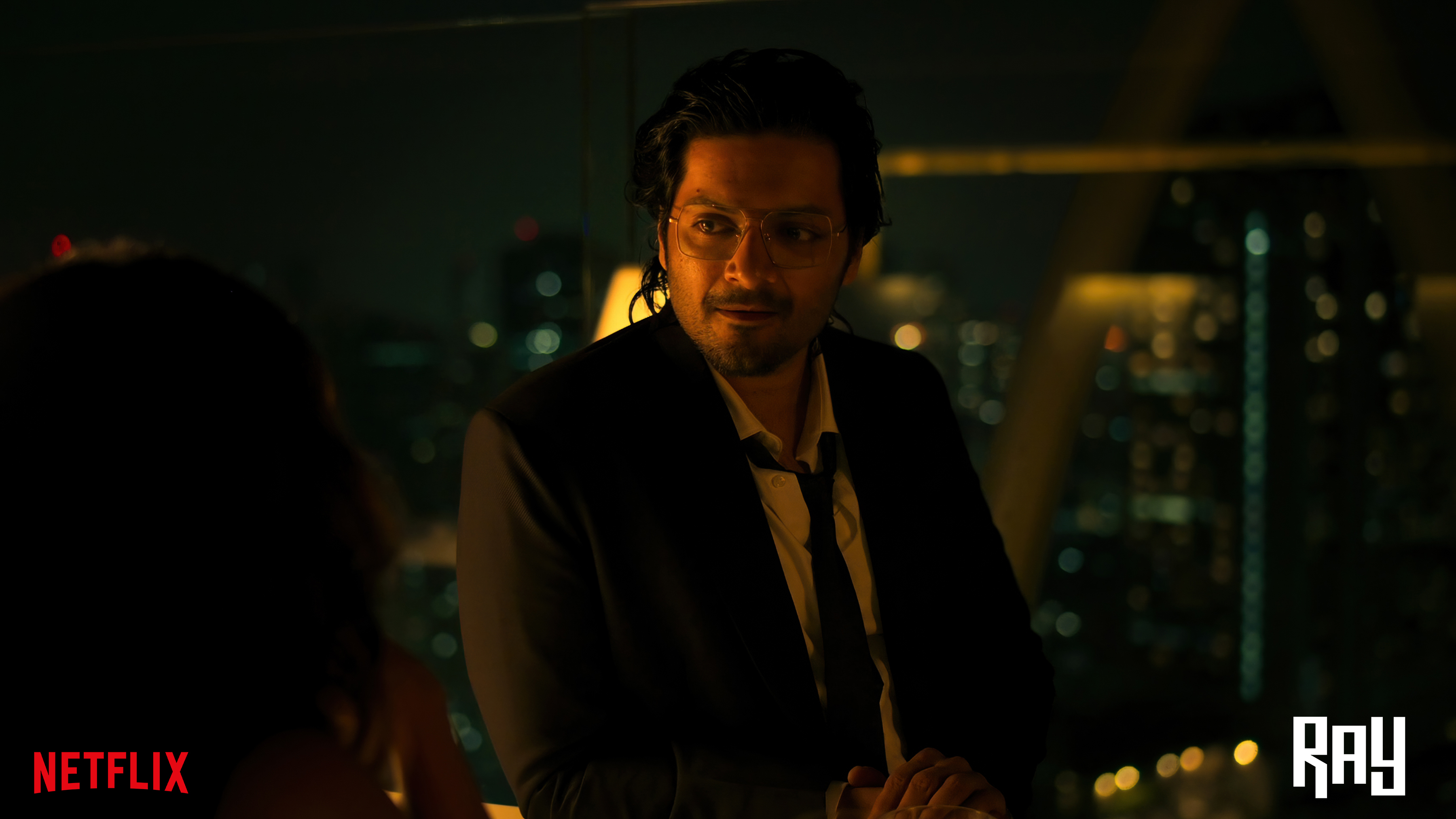 The second tale is ‘Bahrupiya’ also by Srijit Mukherji and the premise is described as ‘When a timid makeup artist (Kay Kay Menon) begins and using prosthetics to get back at those he feels wronged by, his masks could be his armour or his undoing.’

Menon given that is an incredible actor brings out the best in this psychotic twisted tale about prosthetics and more. After getting equipment left behind by his grandmother in her will, he gets on to the business of avenging the people for their wrongdoings against him.

The actor moulds knowing his acting prowess but it’s the weak script that draws him back. There was something more expected from Kay Kay who lights up the screen from his presence, but seems like the screenplay didn’t do justice to him. 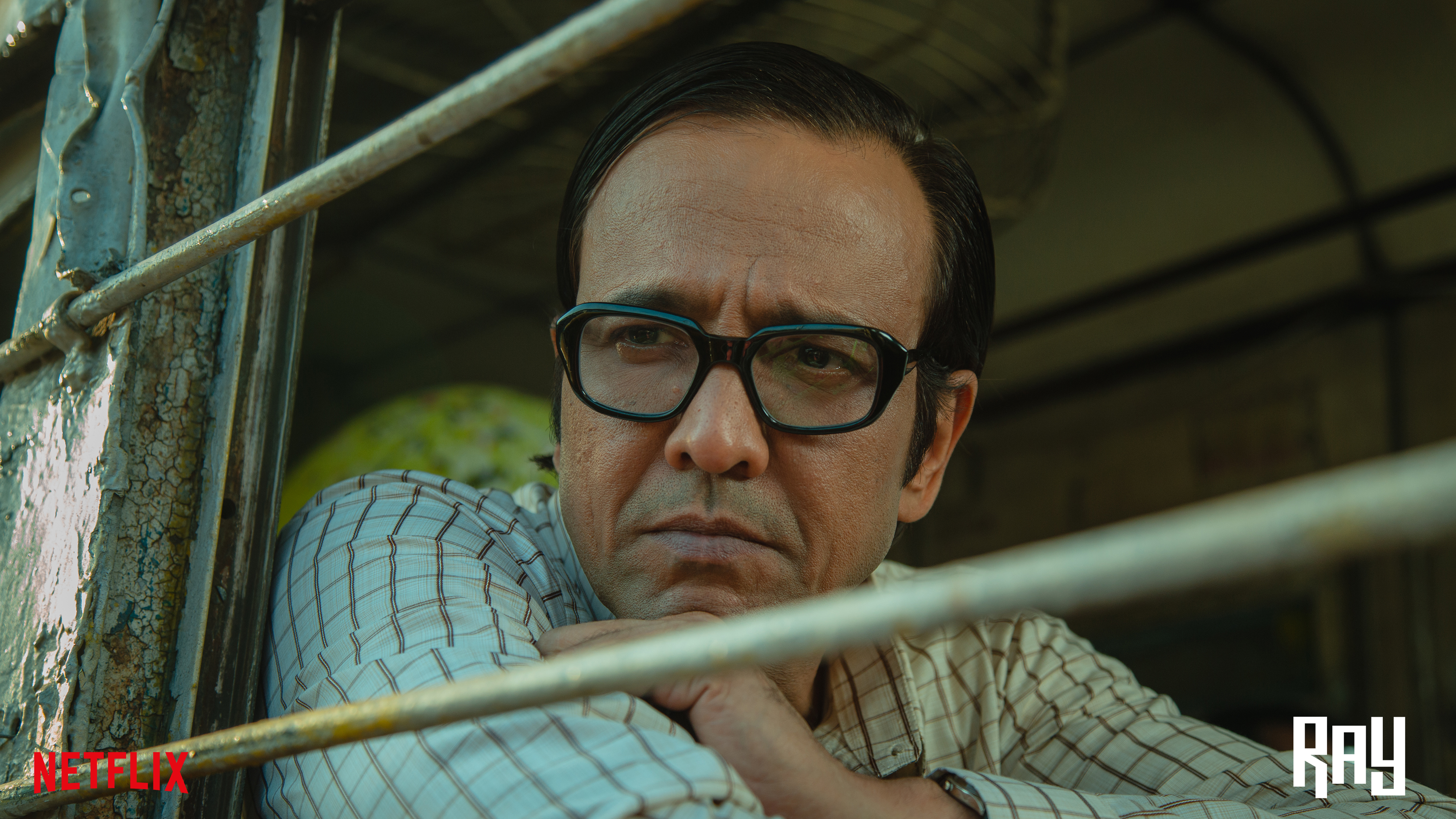 Srijit who directed both the movies showed the human side of losing control over what known is as the best quality of them.

Abhishek Chaubey’s ‘Hungama Hai Kyon Barpa’ is the best among ‘Ray’. The film is about – ‘When a singer (Manoj Bajpayee) with kleptomaniac tendencies encounters the victim (Gajraj Rao) of one of his thefts years later, his restitution attempt doesn’t go quite as planned.’

Set in the early 90s, ‘Hungama Hai Kyon Barpa’ is based on Satyajit Ray’s ‘Barin Bhowmik-er Byaram’ and is mostly shot inside a train. The film by Abhishek Chaubey gives a thrilling and hilarious ride with two talented actors coming together. Manoj plays a kleptomaniac turned Ghazal singer Musafir Ali who once stole wrestler turned sports journalist Baig’s (Gajraj) khushbhakt. However, they meet each other after a decade and one of them clearly forgets the other.

How khushbhakt comes back into their lives and changes the whole situation will leave you on the edge of the seat but with a laugh. Although Manoj and Gajraj steal the show, subtle and impactful cameos by Raghuvir Yadav and Manoj Pahwa are truly unmissable. 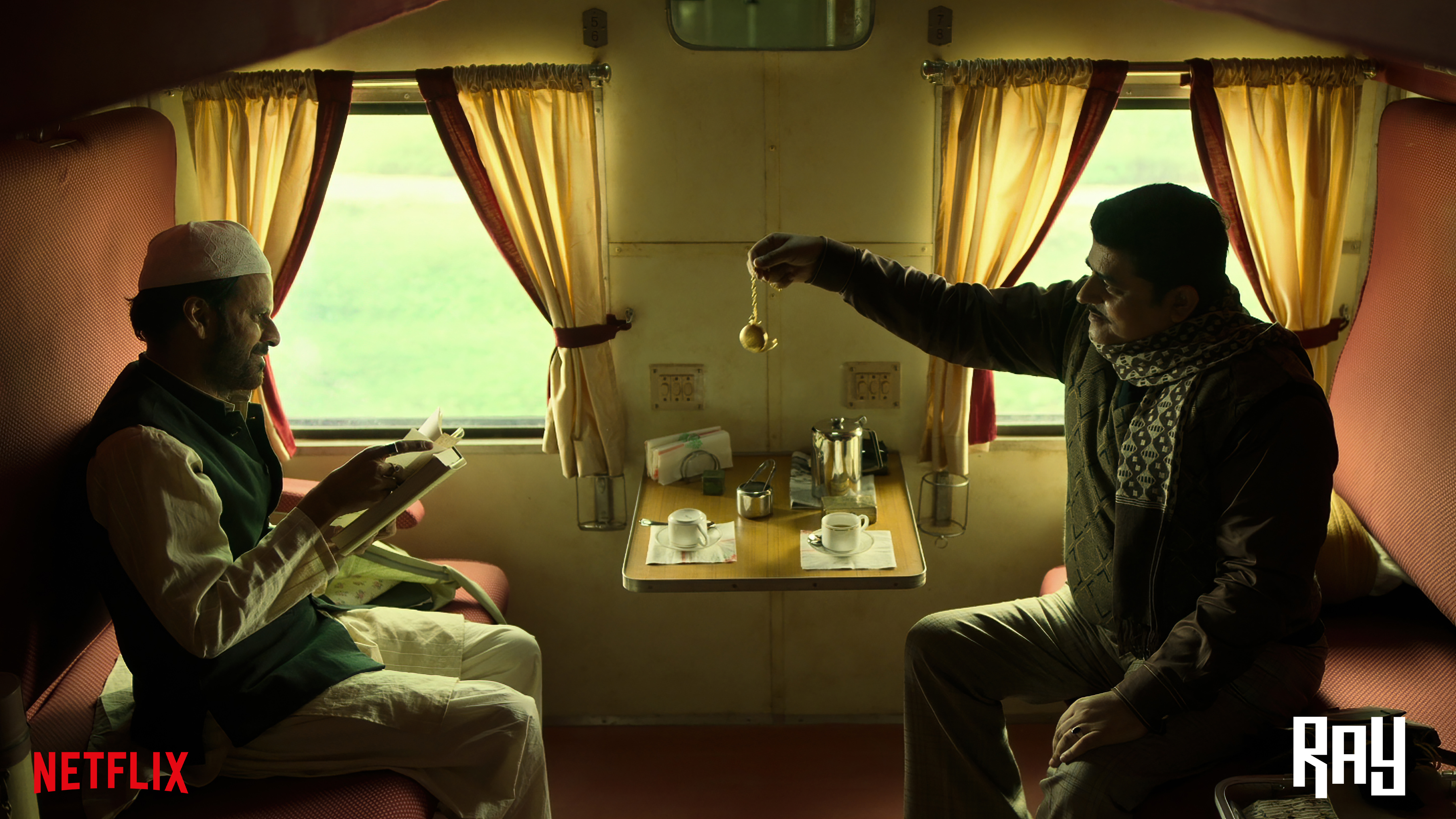 The final short story is Vasan Bala directorial ‘Spotlight’ based on the tale of the same name and it starts with a quote by Satyajit Ray that reads as “There is always some room for improvisation”. The premise is ‘A popular but creatively unsatisfied actor (Harshvardhan Kapoor) grapples with his growing insecurities as another icon’s dazzling aura threatens to dim his star.’

Starring Harshvardhan Kapoor in the lead role, the actor truly impresses in his role as young superstar Vik. He is known for that ‘one look’ which makes people go weak in their knees. However, he realises that it’s not enough after another icon comes into the picture.

It’s a rivalry not between two superstars but an actor and a godwoman Didi whose ‘one look’ has divine powers. Vasan who directed ‘Mard Ko Dard Nahi Hota’ reunited with Radhika Madan, who lays Didi and her entry is just in the last few mins. Is she a godwoman or not, that element of surprise will always stay.

But Harshvardhan as a superstar who is scared of failure and dealing with insecurities get perfectly into the skin of his character. Even Chandan Roy Sanyal brings out his usual element of quirkiness in the character he plays. The trippiness of the film ‘Spotlight’ hits a different high and makes it visually appealing too. 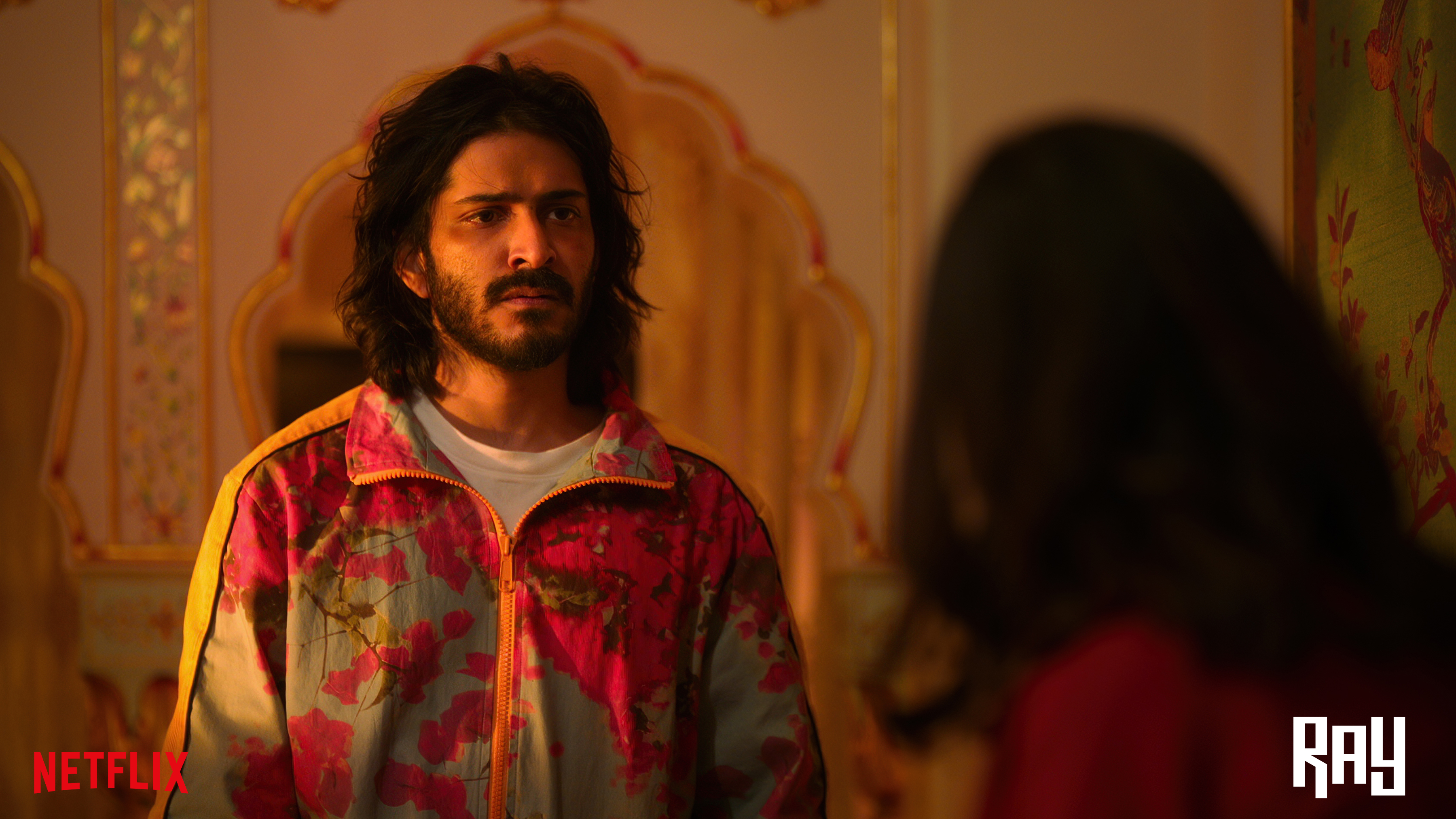 Overall ‘Ray’ is watching for the last two stories ‘Hungama Hai Kyon Barpa’ and ‘Spotlight’, to some extent ‘Forget Me Not’ too. The millennials deserve to know the tales penned by the greatest Indian filmmaker of all time Satyajit Ray and this is a beautiful start on the 100th year of his birth anniversary.

‘Ray’ is a beacon of hope on retelling classics by the man who was way ahead of his time in a modern and twisted way.