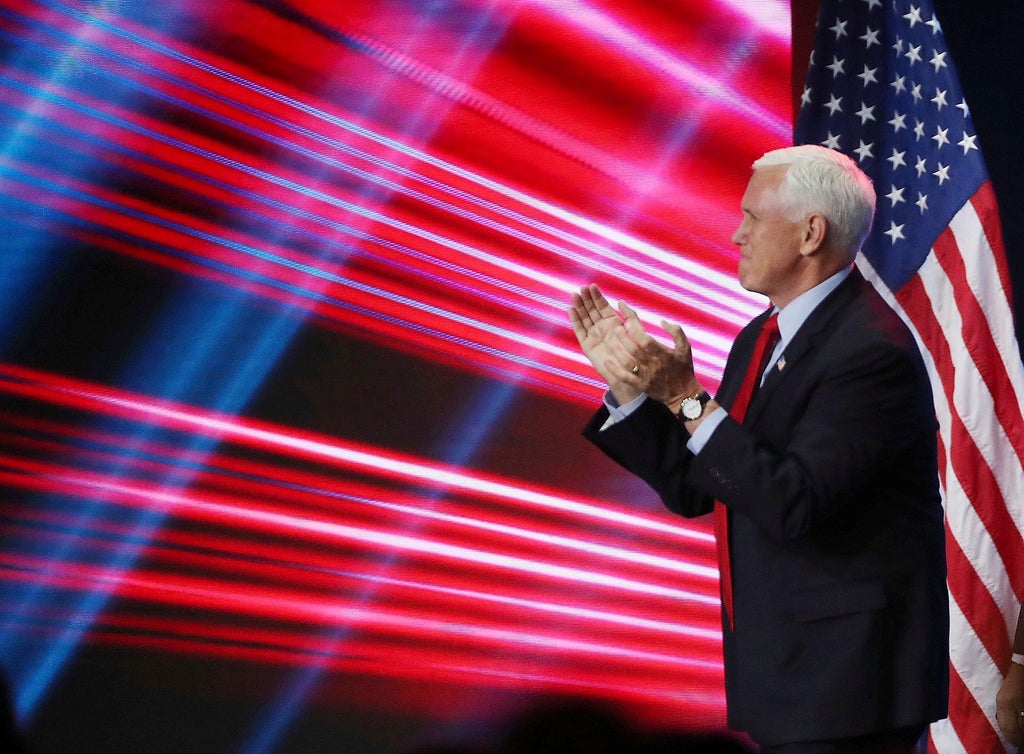 Former Vice President Mike Pence has said he is “proud”of his role in seeing Congress certify President Joe Biden’s election victory on 6 January – the day rioters, including many Trump supporters, stormed the US Capitol building in a deadly siege.

Delivering a speech at the Reagan Library on Thursday, Mr Pence appeared to take a jab at former President Donald Trump, who had called on his second-in-command to reject electoral votes on 6 January in an apparent bid to stay in power.

“The truth is there’s almost no idea more un-American than the notion that any one person could choose the American president,” Mr Pence said.

“And I will always be proud that we did our part on that tragic day to reconvene the Congress and fulfilled our duty under the Constitution,” he said.

With some Republican lawmakers having joined Mr Trump in calling on Mr Pence to reject the outcome of the 2020 election, the former vice president said: “There are those in our party who believe that in my position as presiding officer over the joint session that I possess the authority to reject or return electoral votes certified by the states”.

“The Constitution provides the vice president with no such authority before the joint session of Congress,” he maintained.

Mr Trump and his supporters had appeared to believe that Mr Pence did possess such a power, with the then-president insisting that the election was stolen by Mr Biden, without providing any evidence.

After Mr Pence made clear he would not try to stop the certification of Mr Biden’s election victory, a crowd of Trump supporters stormed the Capitol in an apparent effort to halt the process.

In the wake of the insurrection, Mr Pence has said that he still talks to Mr Trump.

However, he said that he “doesn’t know” if he and the former president will “ever see eye to eye” about the deadly riot.

“You know, President Trump and I have spoken many times since we left office. And I don’t know if we’ll ever see eye to eye on that day. But I will always be proud of what we accomplished for the American people over the last four years,” he previously said.