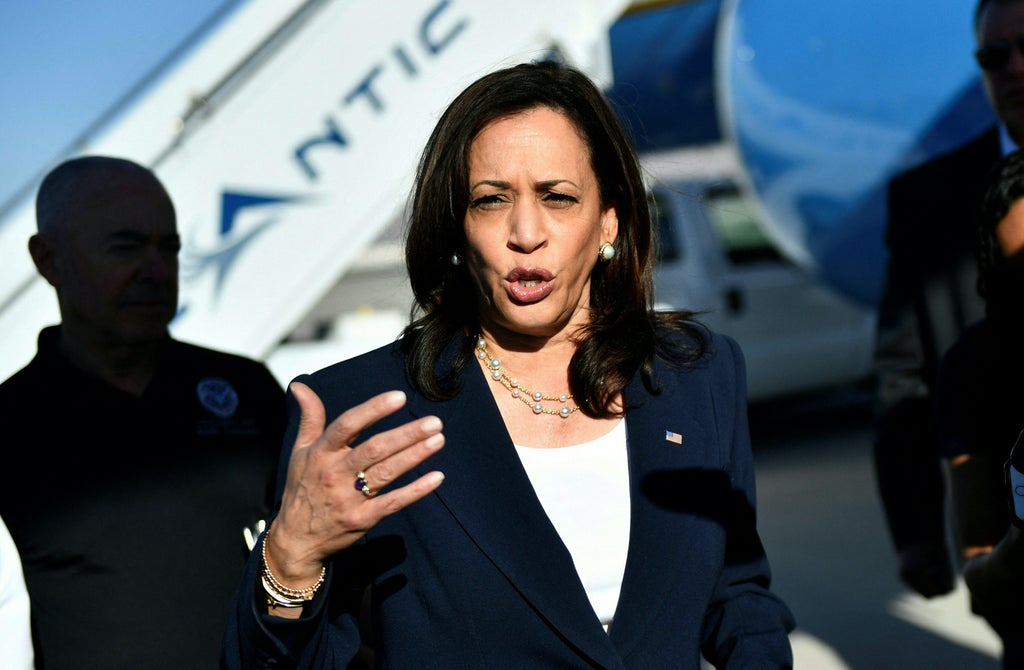 Kamala Harris has said it is essential to study both the “causes and effects” of migration, as she visited the US-Mexico border, amid mounting criticism from Republicans.

On a visit to the city of El Paso, Texas, the vice president sought to deflect criticism over the time it had taken her to visit the border, after Joe Biden tasked her with addressing the issue of immigration.

Since Mr Biden changed rules set in place by Donald Trump, asylum seekers have been permitted and others have been allowed to wait int the US while their cases are assessed. Previously they had been made to wait, often for years, in dangerous cities in Mexico.

While immigration activists and NGOs have praised Mr Biden’s move as being more humane, there has been a large increase in the number of people from across Central America and beyond, seeking to cross the border and enter the US.

This has led to criticism from Republicans that Democrats are “soft” on the issue of immigration. Ms Harris, who was tasked in March with “stemming the migration to our southern border” by the president, has been a particular focus for criticism.

She added: “I think we’re gonna have a good productive day.”

Criticism of the vice president, from both Republicans and some Democrats, increased after earlier this month visited Guatemala and Mexico, to talk to the countries’ leaders about how the US could do more to help the poorest nations in the region to stop the flood of migrants.

Countries such as Honduras, Guatemala, and El Salvador, which suffer from widespread poverty, insecurity and the impacts of climate change, have for a decade provided the largest the largest number of people seeking a better life in the US.

While Mr Trump insisted the countries themselves, along with Mexico, did more themselves to stop the migrants leaving, the Biden administration has said it essential to also address the root causes that trigger migration.

In Guatemala, where she spoke standing next to the country’s president, Alejandro Giammattei, she urged people not to leave their homes.

“Do not come. Do not come. The United States will continue to enforce our laws and secure our borders,” she said. “If you come to our border, you will be turned back.”