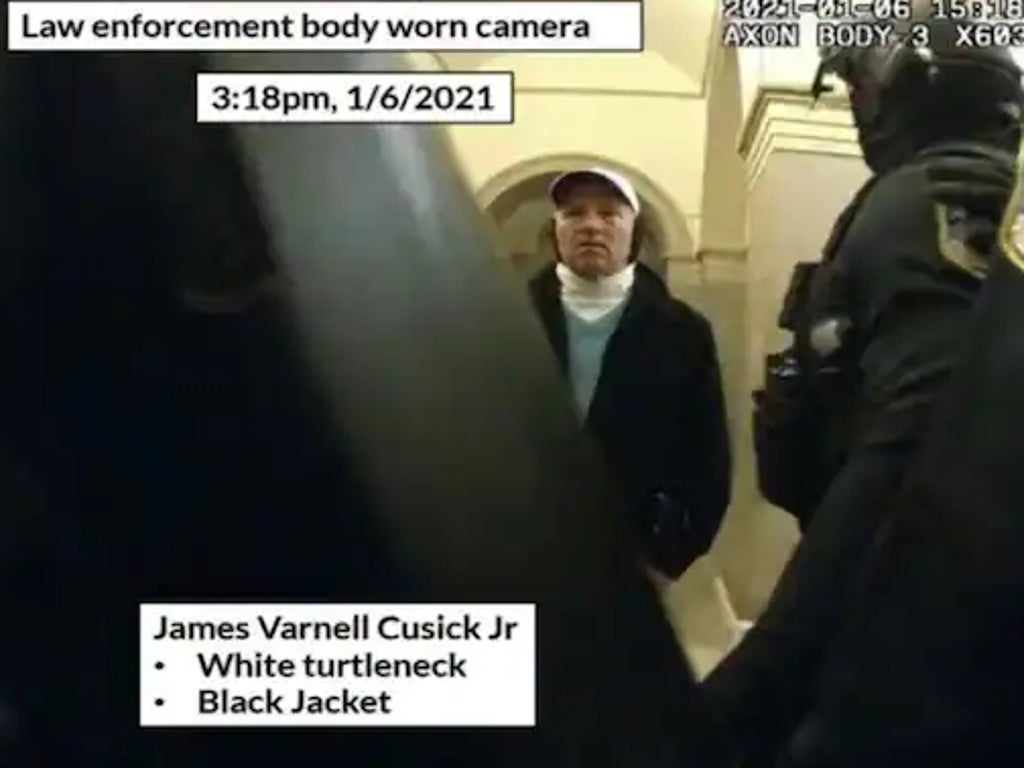 A father and son who lead a church in Florida have been arrested for their alleged role in the Capitol riot after a member of the church who is also facing charges in the attack outed them to investigators.

On Thursday, the US Attorneys Office for the District of Columbia announced that James “Jim” Varnell Cusick Jr, 72, and his son, Casey Cusick, 35, had been arrested and charged with knowingly entering and remaining in a restricted area and disorderly or disruptive conduct in a restricted building. They were also charged with violent entry and disorderly conduct on Capitol grounds.

The FBI were turned onto the Cusicks after receiving an anonymous tip that the men, who lead the Global Outreach Ministries church in Melbourne, Florida, traveled to Washington DC for the 6 January rally and were among those who entered the Capitol. Another member of the church, David Lesperance, was also implicated by the tipster.

Mr Lesperance granted investigators an interview and “admitted that his pastor” was also at the Capitol riot, though he refused to identify his pastor by name.

Investigators managed to use iCloud data to determine that Mr Lesperance, as well as the Cusicks, were near and inside the Capitol during the time of the insurrection.

The FBI also found photos on the Cusicks’ phones showing them in the area before and after the attack in which they were wearing the same clothes. They were spotted in security footage from the Capitol and on body-camera footage worn by law enforcement on the day of the attack.

All three men were released on $25,000 bonds, according to court documents.

The men join the more than 500 people who have been arrested in connection with the Capitol riot.

US Attorney General Merrick Garland reported on Thursday that the number of those arrested includes 100 people who have been charged with assaulting a federal law enforcement officer, and at least one person charged with attacking a journalist.

Mr Garland said that the massive number of arrests was due in part to Americans offering tips to investigators.

“Our efforts to bring criminal charges are not possible without the continued assistance of the American public,” he said in a statement. “To date, we have received their more than 200,000 digital tips.”

Mr Garland assured the public that the Department of Justice would continue to follow up on tips to hold the participants of the Capitol riot accountable.