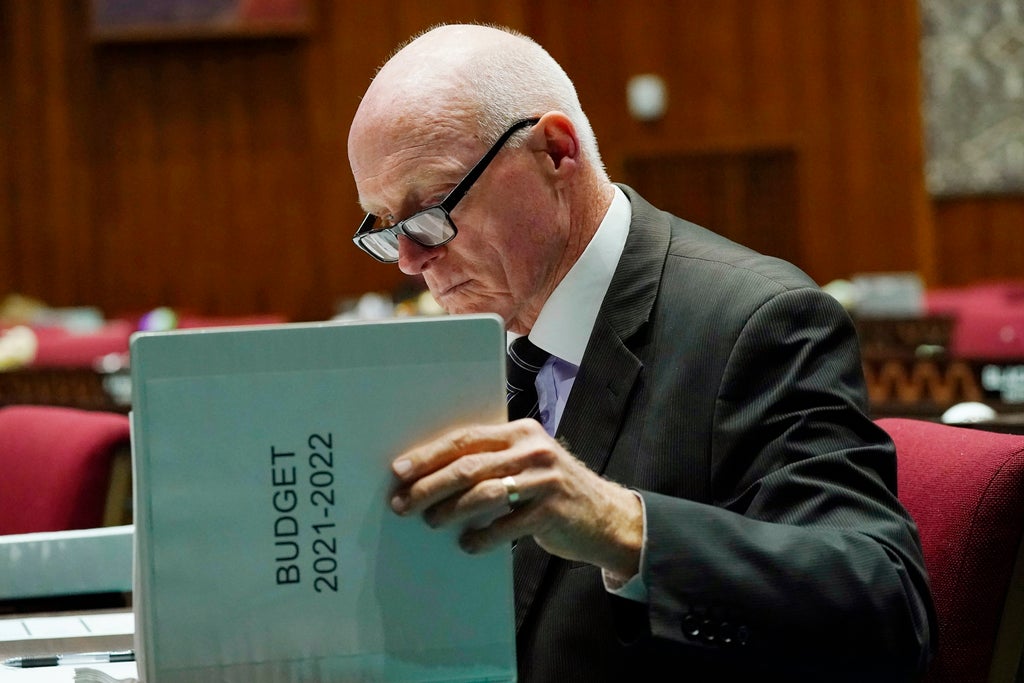 The House approved the creation of a new tax category for small business, trusts and estates that will eliminate even more of the money the measure approved by voters in November that was designed to raise for schools. The proposal passed despite unified opposition from minority Democrats

It creates a new small business tax category that will allow many high-earners to entirely avoid the 3.5% surcharge in Proposition 208. The new tax brackets for small businesses start this year at 3.5% and drop to 2.5% in 2025, the same as the new “flat tax” approved this week for all taxpayers. Estates and trusts will pay slightly more.

In other developments Friday, the House failed to include a massive expansion of the state’s private school voucher program in the budget bill for K-12 schools.

If approved in a formal vote, thee House’s version of the udget bill will set up a conflict with the Senate-passed version of the budget, which will have to be reconciled next week before it goes to the governor for his approval. A universal school voucher expansion passed in 2017 was blocked by the voters the following year, but it remains a priority of many Republicans Two Republicans joined all Democrats in opposition to the expansion of school vouchers.

The House did add a provision requiring schools to teach new civics curriculum to be developed by the state Board of Education “to include a comparative discussion of political ideologies that conflict with the principles of freedom and democracy essential to the founding principles of the United States.” Democrats called it an unprecedented state mandate on what is taught in schools. It is another in a series of policy items targeting or reacting to so-called ”critical race theory,” which is not currently being taught in K-12 schools.

Another of the 11 budget bills, the one funding universities, has the same issue, but the other nine bills making up the budget passed the House Thursday and are ready to be sent to Ducey for his promised signature.

The big fight Friday was on the new loophole for people affected by Proposition 208 who can claim their income is from a small business, trust fund or estate.

Profits from Arizona small businesses are currently taxed on personal tax returns. The new tax voters approved in November imposes a 3.5% tax surcharge on income above $250,000 for individuals or above $500,000 for couples. The tax cuts approved this week as part of the $12.8 billion state spending plan shields them from that, setting the top rate with the surcharge at the current 4.5% top tax rate.

An earlier version of the small businesses tax bill would have cut almost half the $827 million expected to be raised for added school funding, according to estimates from the Legislature’s budget analysts. An amendment added Friday cut that even more, although Republicans said they did not know by how much, by dropping the proposed 4.5% top rate.

“This would create a loophole for the wealthiest in Arizona to file as a small business so they can avoid paying the 3.5% surcharge that Arizonans said they said they want to support public education,” Democratic Minority Leader Reginald Bolding said.

Republicans argued that proponents of the initiative wrongly sold it as not affecting small businesses, so they felt compelled to fix that.

“They said it’s not a business tax —- that is gross misinformation,” said GOP Rep. Steve Kaiser of Phoenix “And that is either a complete unintelligible response on how businesses are taxed, or it’s a straight up lie.”

All 31 GOP House members backed the measure. It now returns to the Senate where it previously passed with only Republican support, for final approval before heading to Ducey’s desk.

The governor has expressed disdain for the voter-approved tax, saying it would hurt the state’s economy and vowing in March to see it gutted either though Legislation or the courts. The Arizona Supreme Court is considering a constitutional challenge to the new tax and could release its decision at any time.

The budget-approved tax cuts set a flat 2.5% tax on all income levels that will be phased in over several years once revenue projections are met, with those subject to the new education tax paying 4.5% at most. Under the current progressive tax structure, taxes start at 2.59% on the first $26,500 of income and rise to a maximum of 4.5% on income over $159,000.

The state will still direct whatever they still collect under Proposition 208 to a new fund. Half will be used for raises for credentialed teachers, 25% to boosting wages for cafeteria workers, bus drivers and other support staff, and the rest for teacher training, vocational education and other initiatives.

Backers of Proposition 208 have vowed to fight the changes, either in court or the ballot box. The measure was an outgrowth of a 2018 teachers’ strike that won them raises but fell short of their other school funding goals.

“We’ve been part of meetings with more than 30 other groups across the state that are looking at all options for protecting Prop 208 and what the voters intended with it, ” Joe Thomas president of the Arizona Education Association, said Friday.