Nora Fatehi’s ability to make her admirers go crazy seconds after she posts her images is undeniable. The actress/dancer has always made it a point to make internet users swoon. Nora’s photographs have a distinct fan following than her acting or dance routines.

The actress is also known for working out like a beast in the gym. She’s been flaunting her gorgeous curves on Instagram. Nora can be seen taking a boomerang of herself while wearing a sports bra and shorts.

Take a look at her stories here- 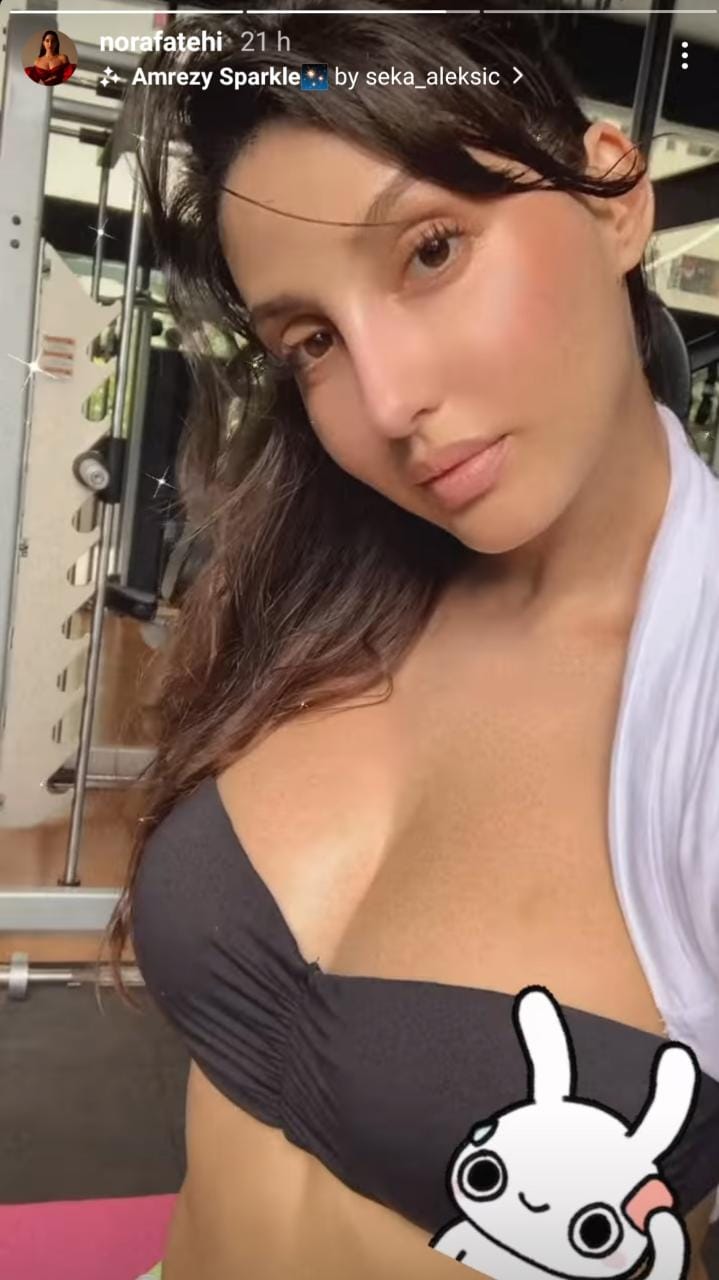 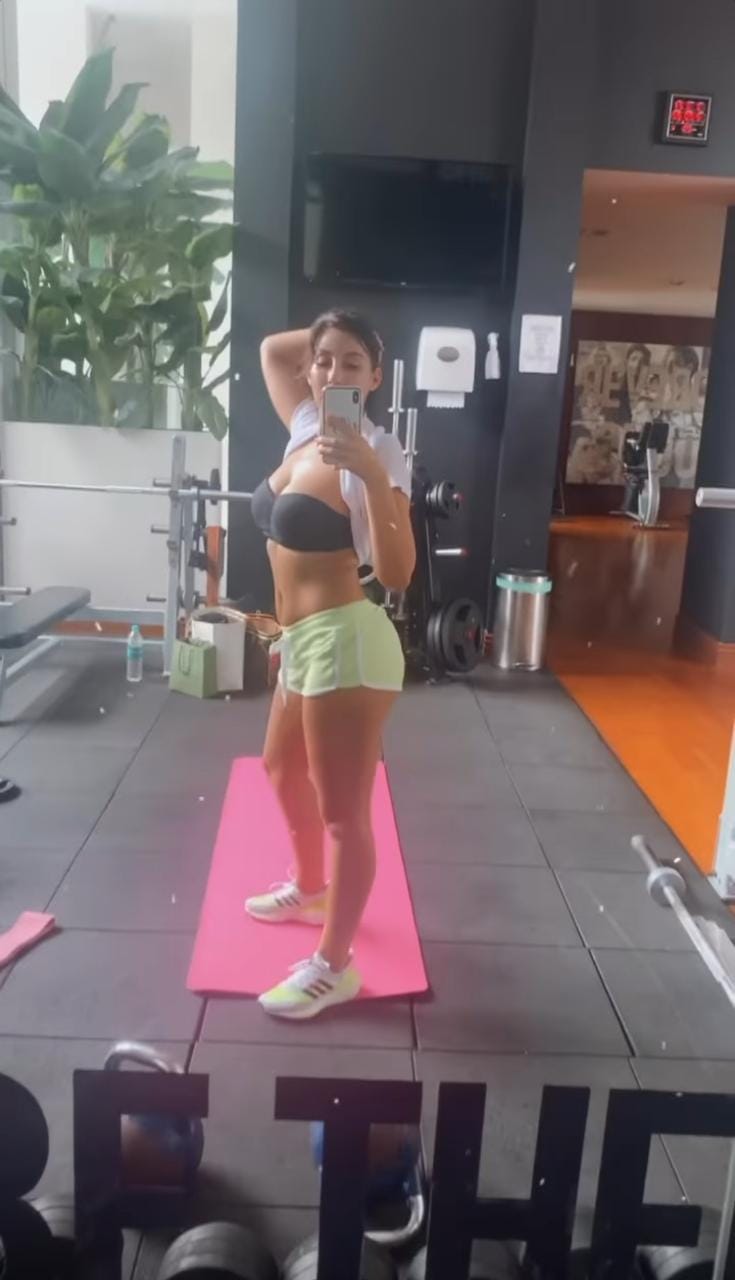 Nora Fatehi (born February 6, 1992) is a Canadian dancer, model, actor, singer, and producer most recognised for her work in Bollywood. She has appeared in films in Hindi, Telugu, Malayalam, and Tamil. In the Bollywood film ‘Roar: Tigers of the Sundarbans’, she made her film debut. She rose to prominence in Telugu cinema after appearing in item numbers in films such as ‘Temper’, ‘Baahubali: The Beginning’, and ‘Kick 2’. She has also appeared in two Malayalam films, ‘Double Barrel’ and ‘Kayamkulam Kochunni’.

She appeared on the reality television show ‘Bigg Boss 9’ in 2015 and was eliminated on Day 84. She was a contestant in the reality television dance show ‘Jhalak Dikhhla’ Jaa in 2016. She starred in the Bollywood film ‘Satyameva Jayate’, in which she performed a recreated version of the song ‘Dilbar’, which received 20 million views on YouTube in the first 24 hours of its release, making it India’s first Hindi song to do so. She also worked on an Arabic version of the ‘Dilbar’ song with the Moroccan hip-hop duo Fnare.