Recently, we saw how Anuj Kapadia visited the Shah family and asked Vanraj to meet him in his office and share any business plans if they have. He invites Anupama too. In the upcoming episode, we will see how Kavya gets super excited about the same and makes a presentation overnight. She also asks Anupamaa to come along with her and Vanraj, but Anupama refused.
As Anupama and Anuj’s friendship has always irked Vanraj, he was rather happy with Anupama’s decision not to visit Anuj Kapadia’s office. Meanwhile, Kavya and Vanraj reach Anuj’s office and Kavya refers to Gopi Kaka as domestic help. Anuj gets angry on hearing this. Soon Anupamaa leaves Vanraj stunned as she joins the meeting as well. However, Anupama’s entry brings a smile to Anuj’s face. She further informs Vanraj and Kavya that Babuji and Kinjal forced her to come there. Also Read – Anupamaa Fame Madalsa Sharma Aka Kavya-Sudhanshu Panday Aka Vanraj Groove To ‘Radha Kaise Na Jale’ 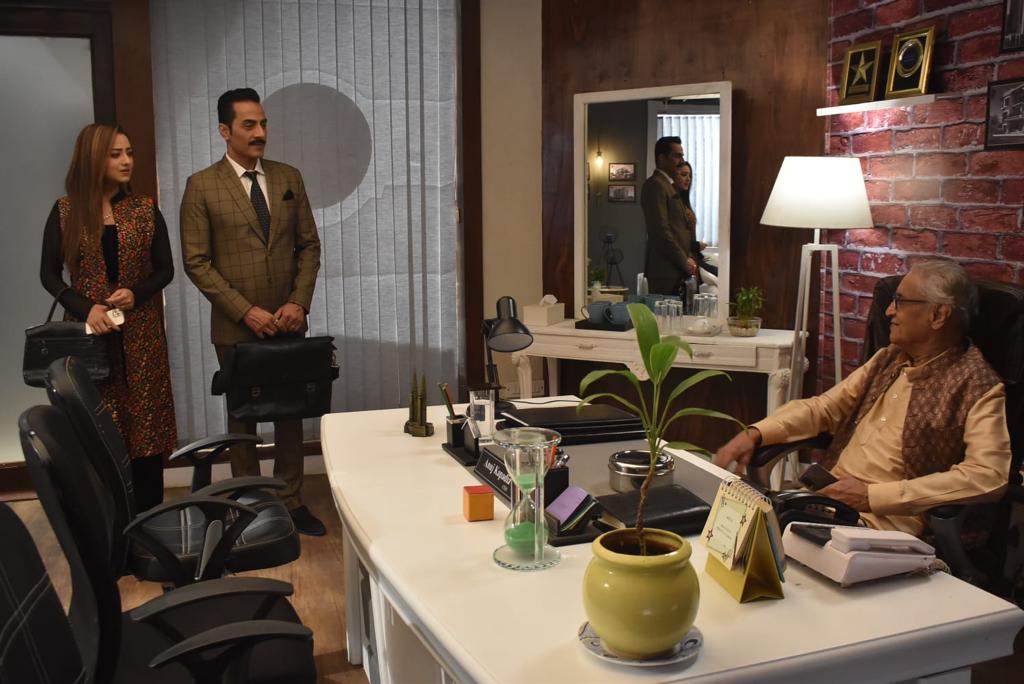 A Still From The Upcoming Episode of Anupamaa (Picture Credits: Team Anupamaa)

Meanwhile, Baa also questions Babuji for sending Anupama to Anuj’s office. Babuji tells her that she should have an open mind and have no problem with Anupama and Anuj’s friendship, the way she did not have a problem with Vanraj’s affair. Also Read – Anupamaa Big Spoiler: Anupama Gives it Back to ‘Jealous’ Vanraj After He Misbehaves A Still From The Upcoming Episode of Anupamaa (Picture Credits: Team Anupamaa)

Moreover, after Kavya and Vanraj give the presentation, Anuj Kapadia appreciates the hard work they have put in. However, while Kavya announces that they must leave, Anuj asks them to wait for Anupama’s presentation. Anuj addresses Anupama as ‘Anu’ which leaves Vanraj jealous.

Apart from this, Anuj returns Anuapama’s tiffin to her after Vanraj and Kavya had left. This makes Vanraj curious to know what were the duo talking about in his absence.

What will happen now? Will Anupama and Anuj’s friendship take some new turn soon?