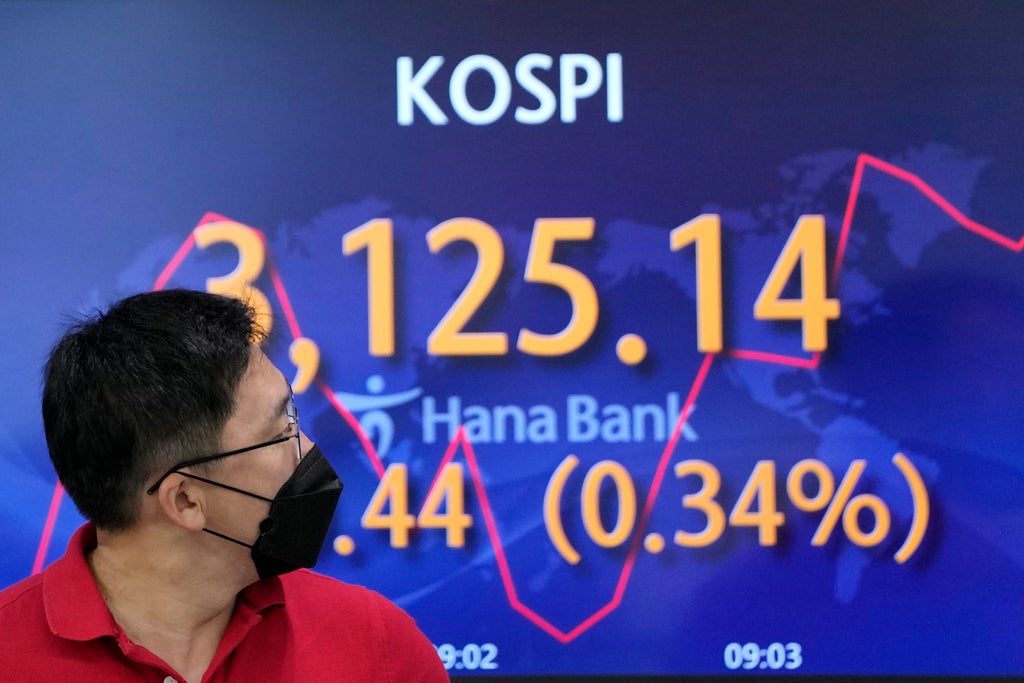 Shares advanced in Asia on Friday as investors step up buying despite another decline on Wall Street that kept the S&P 500 and the Nasdaq on track for their first weekly losses in three weeks.

Benchmarks rose in Tokyo, Shanghai and Hong Kong after President Joe Biden spoke with China’s Xi Jinping on Thursday amid growing frustration on the American side over stalled high-level engagement between the two leaders.

The yield on the 10-year Treasury note was steady at 1.31% and U.S. futures were higher.

Markets appeared to take in stride a decision by the European Central Bank on Thursday to dial back some of its massive emergency pandemic support for the economy amid signs of increasing business activity and consumer readiness to spend as the 19 countries that use the euro rebound from the coronavirus recession.

Analysts said investors were reassured by ECB head Christine Lagarde s insistence that the shift was only a “recalibration” of existing stimulus — not a signal that pandemic support is being phased out.

“President Biden and Xi’s phone call has spurred hopes of a thaw in U.S.-China relations. That is ostensibly good for trade everywhere and spurred a decent rally in stocks across Asia,” Jeffrey Halley of Oanda said in a commentary.

Biden initiated the 90-minute call with Xi, which centered on discussing the way ahead for the U.S.-China relationship. The White House said the leaders during the call agreed to engage “openly and straightforwardly” on issues where the nations are at odds and where there is agreement.

Investors are assessing the pace of economic growth amid worries that the rapid spread of the coronavirus delta variant will dampen consumer confidence and spending.

Bond yields mostly fell. The yield on the 10-year Treasury note slipped to 1.30% from 1.33% late Wednesday.

The Labor Department said Thursday that the number of Americans seeking unemployment benefits fell last week to 310,000. At their current pace, weekly applications for benefits are edging toward their pre-pandemic figure of roughly 225,000.

But other reports show the jobs market is still struggling to recover. The Labor Department’s jobs survey for August was far weaker than economists expected, but the agency has also reported that employers are posting record job openings.

Fed officials have indicated they expect to dial back on stimulus measures by year’s end, and Treasury Secretary Janet Yellen has warned Congress that she will run out of maneuvering room to prevent the U.S. from breaching the government’s borrowing limit in October unless the debt ceiling is raised.

In other trading, U.S. benchmark crude oil rose 47 cents to $68.61 per barrel in electronic trading on the New York Mercantile Exchange. It gave up $1.16 to $68.14 per barrel on Thursday.