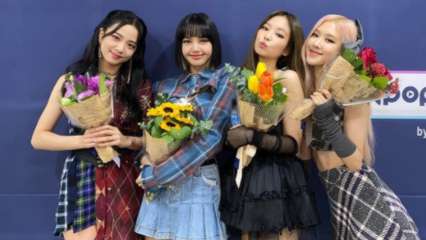 Blackpink, the famous K-pop girl band from South Korea revealed the date of their feature film, ‘BLACKPINK- The Movie’. The film will release on August 4, just days ahead of the band’s 5th anniversary on August 8.

The film is set to release worldwide, across hundred countries with a massive set up. While their first documentary feature film ‘BLACKPINK- Light Up the Sky’ released on an OTT platform.

The film will focus on each member of the group – Jisoo, Jennie, Rosé, and Lisa. Certain segments of the film also include, “The Room of Memories,” which reflects on their last five years, “Beauty” features shots of each member, and “Exclusive Interviews” houses messages for their fans. It will also highlight performance footage from 2021’s ‘The Show’ and 2018’s ‘In Your Area’ alongside hit songs from the group.

Blackpink made their debut five years ago in 2016 with ‘Square One’, featuring songs ‘Whistle’ and ‘Boombayah’. Their debut studio album, ‘The Album’, arrived in 2020 and they held a virtual livestream concert. Earlier this year, Rosé released her debut solo project R, the second solo LP from a Blackpink member following Jennie’s 2018 Solo album.

Meanwhile, the band will unveil a few candid clips of the girls as a part of their ‘unreleased special interview,’ and five songs from their concert tour, ‘The Show,’ and ‘In You Area.’  They plan to disclose many such surprises in the  month of August.