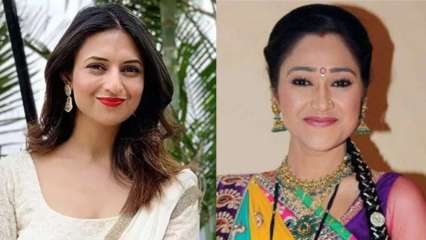 The return of Disha Vakani as Daya Ben in ‘Taarak Mehta Ka Ooltah Chashmah’ (TMKOC) has been a mystery for quite long. Even the producers of the show are not sure if the actor will ever return since she has been away for years now. Amid all this, there have been rumours about Divyanka Tripathi being offered the role of Daya Ben.

The rumours caught heat when Divyanka recently returned from her shoot in Cape Town for ‘Khatron Ke Khiladi 11’. According to a source at ETimes, Divyanka is not in any talks with Asit Modi for Daya Ben’s role and denied the rumour by claiming it lose which serves no purpose other than confuse fans.

Later, in an interview with ETimes, addressing the rumours Divyanka herself denied getting any offer from the producers of TMKOC. “That’s how rumours are, mostly baseless and non-factual,” she said.

When asked, what would she do if the role was offered to her, she said, “It’s a fabulous show with a great fan following but I don’t think I’ll be keen on doing it. I am looking for a fresh concept and new challenge.”

Disha, who originally played Daya Ben has been away from the show since 2017. She has taken an indefinite maternity break and has not made an appearance since then. Meanwhile, Divyanka was last seen hosting the TV crime show ‘Crime Patrol’ and ‘Khatron Ke Khiladi 11’.