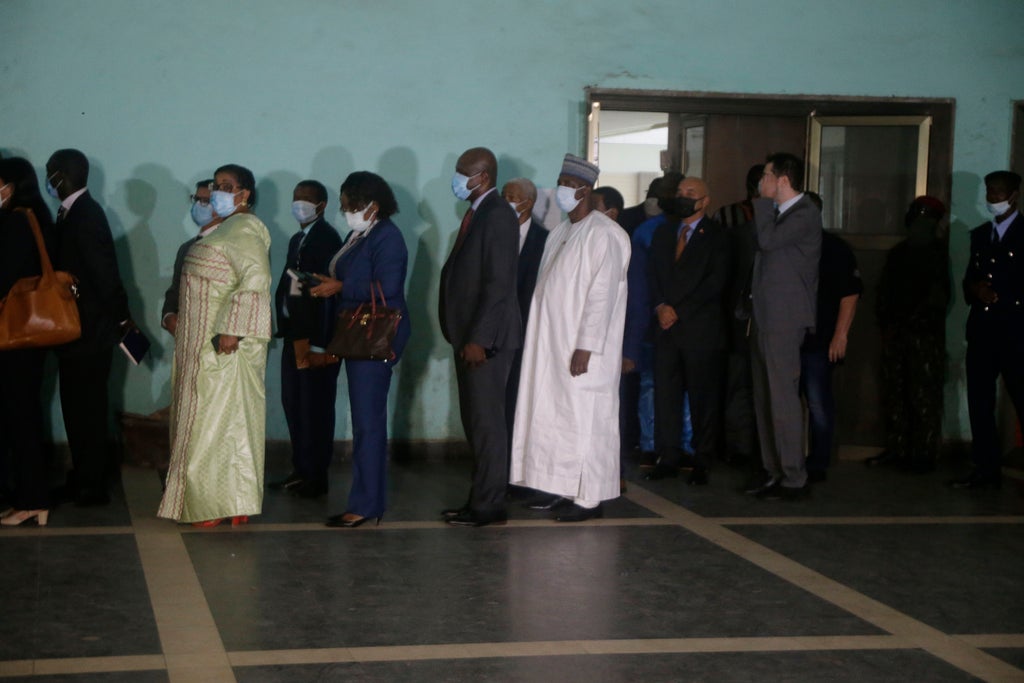 Guinea s coup leaders have set a number of conditions for releasing the deposed president, the foreign minister of Ghana said, ahead of a meeting Thursday where West African leaders are likely to consider sanctions.

The regional bloc known as ECOWAS already has said it will impose penalties on the junta in Guinea unless it immediately releases deposed President Alpha Conde. He has been held at an undisclosed location since being detained during the Sept. 5 coup in Conakry.

Ghanaian Foreign Minister Shirley Ayorkor Botchway told reporters late Wednesday that members of the ECOWAS delegation that visited Conakry after the coup will present their report at Thursday’s meeting. The junta has set a number of conditions for complying with the demands of regional mediators, she said, but declined to disclose what they are.

The delegation has spoken with Conde’s doctor “who ascertained that indeed physically, he’s very well,” she said. However, she said, the ex-president is still coming to terms with the fact that his government has been toppled after more than a decade in power.

“For anybody who has gone through such a traumatic experience like he did, mentally, it’s not the best, not to say that mentally we found anything wrong, but he was quite shocked; he’s still in a state of shock,” she added.

Meanwhile in Conakry, junta leaders were set to meet Thursday with mining company representatives on the third day of a special summit to chart Guinea’s political future. Junta leader Col. Mamady Doumbouya has sought to reassure the country’s most vital economic sector that the political changes will not impact existing mining projects in the country, which has the world’s largest reserves of bauxite.

Guinea’s coup leaders have yet to make public their proposed timeframe for handing over power to a civilian transitional government, nor have they outlined how quickly new elections can be organized.

Conde had sparked violent street demonstrations last year after he pushed for a constitutional referendum that he used to justify running for a third term, saying term limits no longer applied to him. He ultimately won another five years in office last October, only to be toppled by the coup 10 months later.

At the time he came to power in 2010, he was Guinea’s first democratically elected leader since independence from France in 1958.