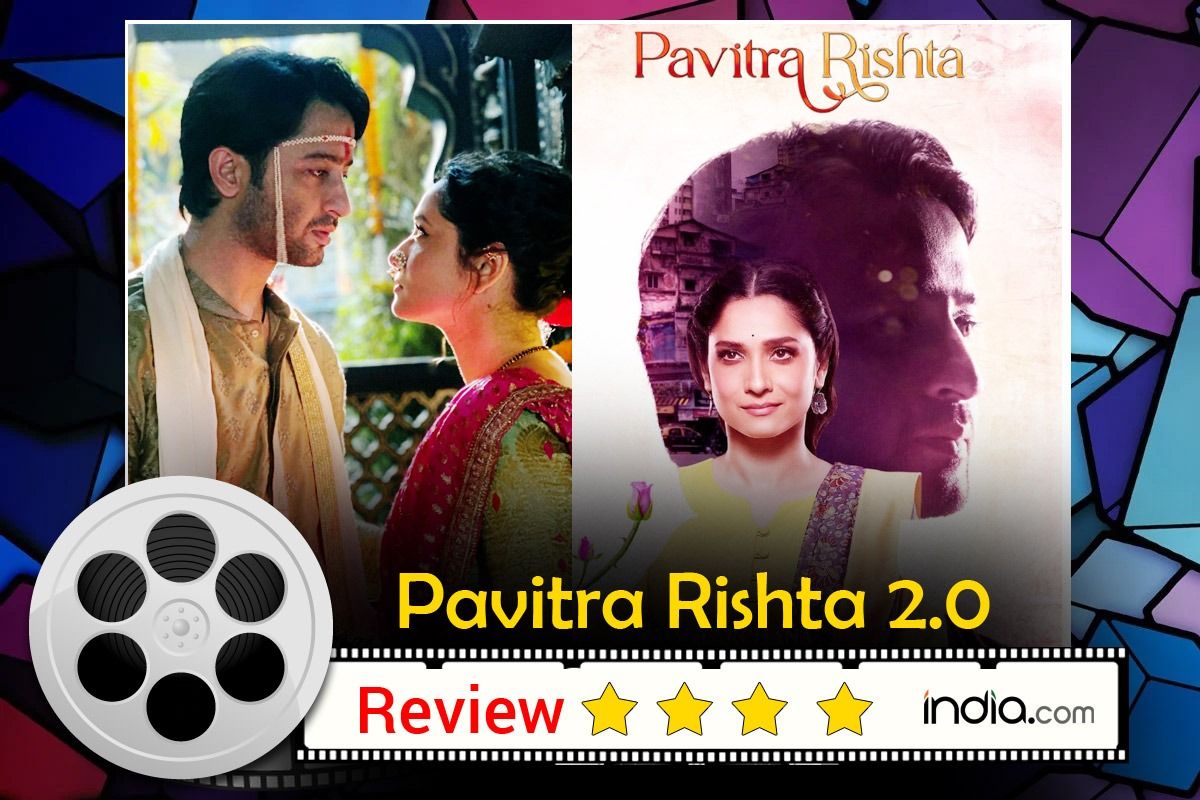 Pavitra Rishta 2.0 revew: It’s difficult to understand love but it’s not difficult to experience it. They say love conquers all but what if you have nothing to conquer at all. What if your life is as simple as a piece of blank paper and love makes it so complicated that you fail to read what is written on it? That’s the life of Archana and Manav, the two souls who got to experience love but not understand it. And when they did, it was probably too late!Also Read – Pavitra Rishta 2 Twitter Review: Fans Call Ankita Lokhande-Shaheer Sheikh’s Show ‘Masterpiece’

The team of Pavitra Rishta that featured Ankita Lokhande and Sushant Singh Rajput as the original Archana and Manav, is back with the new story with the same innocence and complexities. Ankita reprises her role of a simple girl from a humble Mahrashtrian household while Shaheer Sheikh becomes Manav, a hardworking garage mechanic with big dreams and family values. The two meet, fall in love, get married only to be separated. Sometimes, because of their family members, and sometimes, because maybe they are not meant to be together. Also Read – Ankita Lokhande To Marry Boyfriend Vicky Jain Soon? Pavitra Rishta Co-Star Shaheer Sheikh Almost Reveals It All

Ankita aces in the role of Archana. The role is tailor-made for her. It always was, even when she had debuted on screen with the same 12 years back. The actor retains the same coyness and grace in her stance. As a simple girl working in a cafe being run by her sister-in-law’s brother, Archana is both lovely and almost unreal  – embracing both the beauty and the toughness of life together. She meets Manav and feels an instant connect. As if someone has just protected her from the harsh Mumbai rains for life. You never see Ankita here, you only see Archana – in her soft gazes, her smile that never fully comes out, and in that demenour that speaks of care and belongingness more than curiosity and pain. Even when she’s hurt, she is as composed as the tree that refuses to stir in the darkness and the storm. Ankita definitely gives the performance of her lifetime, beating her ownself – Archana vs Archana! Also Read – Sushant Singh Rajput Was There in Every Scene: Ankita Lokhande on Shooting Pavitra Rishta 2.0 With Shaheer Sheikh

For Shaheer, playing Manav might have been a challenge from day 1 considering all the history and love associated with Sushant who began his startling career with Pavitra Rishta. The fact that he accepted the character says hundreds things about how he likes to challenge himself as an actor. However, the way he has picked up on the role, it won’t be an exaggeration to say that he just not only looks like Manav, but gives a well-deserved and well-fetched tribute to Sushant’s performance in the role. Shaheer is flawless. He brings his own nonchalance to the role and at the same time, retains the hestitation, and the quietness that Sushant had brought to the character. His potential as an actor is beyond the size of the screen. And yet you want to see him spreading the same charm on the big screen someday! He and Ankita might not have recreated the same magic that Sushant-Ankita did, but what they have done is unforgettable. There is poise in their chemistry and you love them together in every scene.

Veteran actor Usha Nadkarni is a delight to watch in Pavitra Rista 2.0. Savita Tai is more joyous and funnier this time. She is greedy and yet lovable. Usha brings her own charisma to the character and there’s no moment when you don’t feel entertained as long as she is there on screen.

The story might have been changed but the emotions stay intact. Pavitra Rishta 2.0 gives its fans what they have been wanting to see for so many years now – the purity of relationships and innocence of love. Archana and Manav might be fighting different problems this time, but their ways haven’t changed. They are still the most lovable, and most shy couple there is. For the fans and for anyone attempting to understand and nurture this kind of love, Pavitra Rishta 2.0 is a winner!