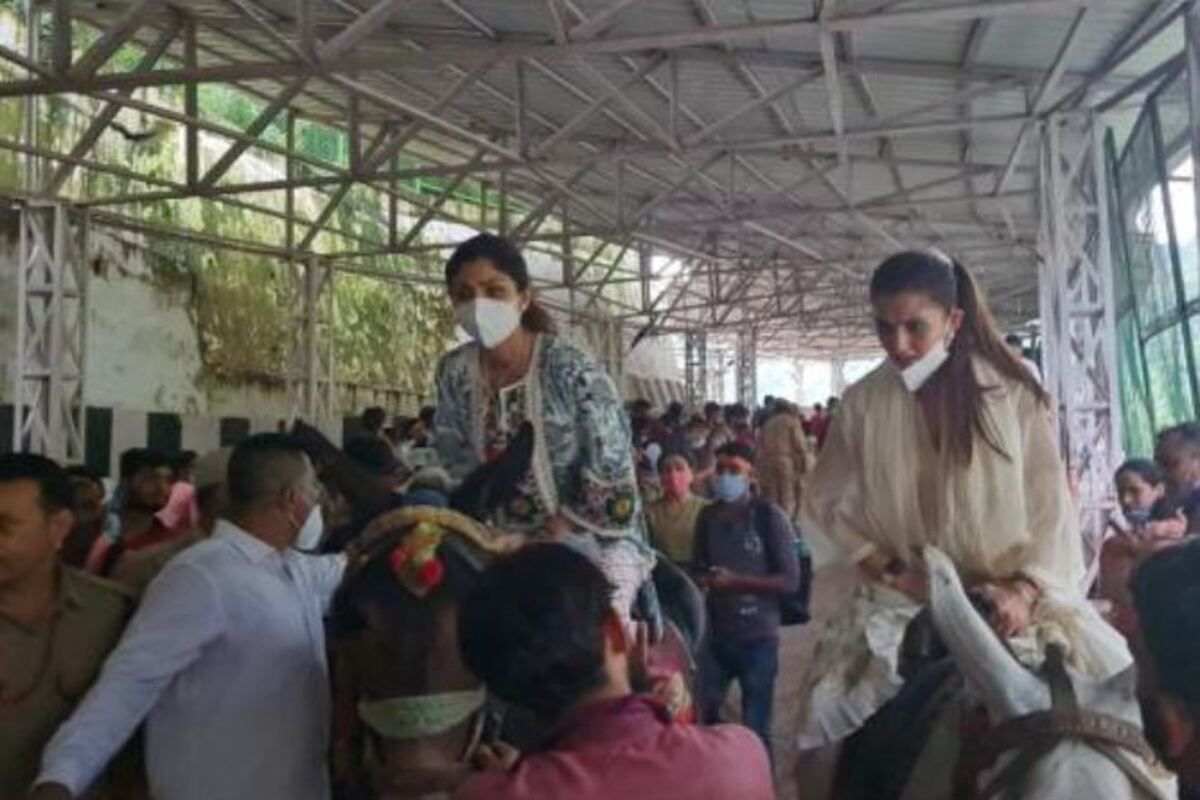 Mumbai: Amid the ongoing pornography case of Shilpa Shetty’s husband and businessman Raj Kundra, the actor visited Mata Vaishno Devi Temple in Jammu and Kashmir to seek blessings of the Lord recently. There are several pictures and videos doing rounds on the internet where Shilpa Shetty can be seen taking the journey to the shrine on a horse. She even interacted with other devotees there.Also Read – Bigg Boss OTT: Shamita Shetty’s Mother Sunanda Praises Raqesh Bapat, Talks About Shilpa Shetty – Watch

Shilpa Shetty offered her prayers at the temple on Wednesday. Her pilgrimage visit comes at the same time when Mumbai Police’s crime branch filed a supplementary charge sheet against Raj Kundra in the pornography case. As per information shared by Mumbai police on Thursday, the 1500-page charge sheet contains the statements of 43 witnesses including Shilpa. The charge sheet also includes the names of two wanted accused in the case. Also Read – Ganesh Chaturthi 2021: From Shilpa Shetty Taking Ganpati Idol Home to Govinda, Sonu Sood’s Celebration At Home| Watch Exclusive Video

The statements of actors Sherlyn Chopra, Sejal Shah, many models and employees of Kundra’s company have been recorded in the charge sheet. The charge sheet also includes the names of two wanted accused in the case.

Shilpa has reportedly told the Mumbai Police that she was too busy with her work that she didn’t know what her husband Raj was up to. In her long statement to the Mumbai police, the actor said, “Raj started Viaan industries Limited in 2015 and I was one of the directors till 2020 when I resigned due to personal reasons. I am not aware about the Hotshots or Bollyfame apps. I was too busy with my own work and hence, not aware about what Kundra was up to.”

You both were involved in betting and fixing

Remember how #jayabachchan reacted sharply in parliament after @ravikishann speech

Raj Kundra was arrested by police on July 19 along with 11 other people on charges related to the alleged creation of pornographic films.