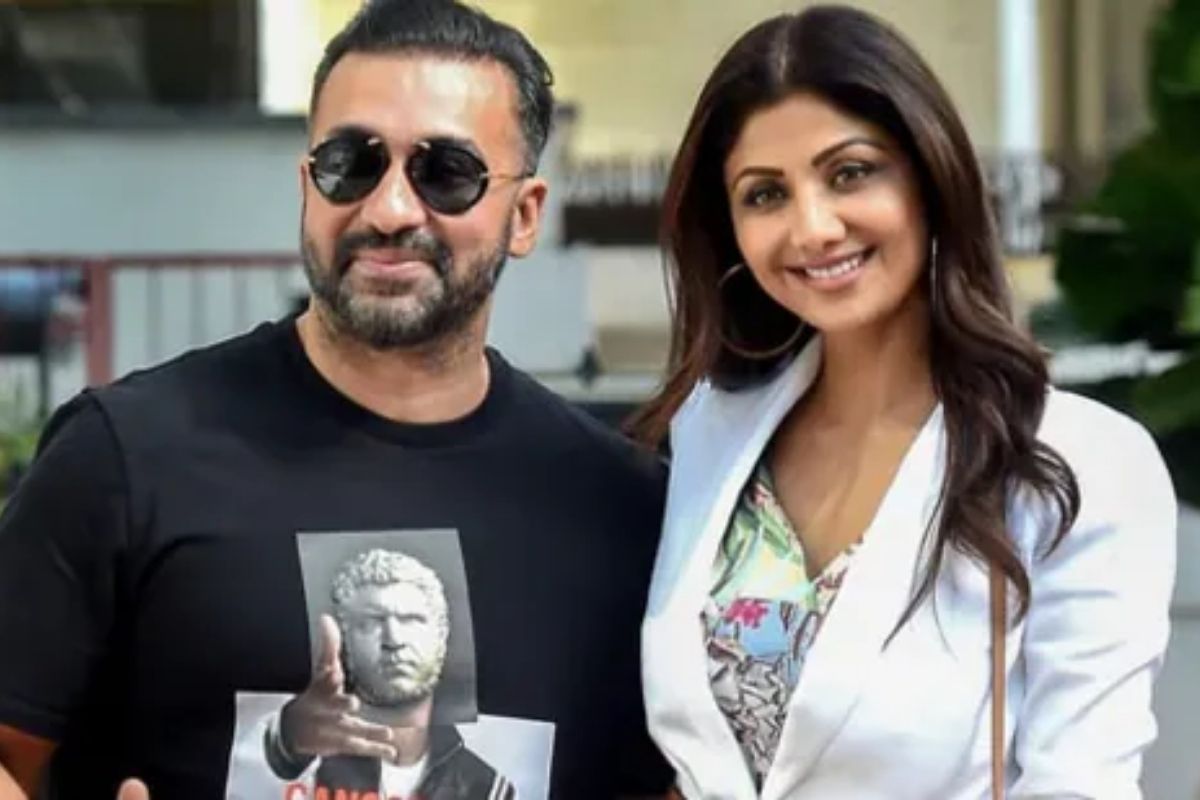 Shilpa Shetty’s Statement to Cops in Raj Kundra Case: Shilpa Shetty, who is in Vaishno Devi Temple, Jammu and Kashmir, had told details of Raj Kundra’s business to the Mumbai Police. Shilpa’s statement was recorded earlier and today, in a 1500 page charge sheet filed by cops against Raj Kundra in a pornography film case, she said how she now came to know that porn videos made for Hotshot from Viaan company were sent to Pradeep Bakshi’s Kenrin company. The actor also told “I have never asked what work Raj Kundra is doing because I am busy with my work and he never tells me things related to his work, because of this I do not know anything in this matter.”Also Read – Raj Kundra Trends Big on Twitter as Shilpa Shetty Visits Vaishno Devi Temple | Watch Viral Video

I have been staying at Kinara bungalow for last 10 years. In 2007, when I went to the UK for the reality show Bigg Brother, I met Raj Kundra through director Farat Hussain at his latter’s house, who was also friends with him. After this, on November 22, 2009, I and Raj Kundra got married. Even before the wedding, I told Raj Kundra that I want to stay in India after marriage. That’s why we settled in India after marriage. In the year 2009, Raj Kundra invested Rs 75 crore in the IPL team named Rajasthan Royals. There are 4 international partners, with around 13 per cent holding of Raj Kundra. After betting accusations in the IPL were levelled against Kundra, he was sacked from Rajasthan Royals team holding. Also Read – Bigg Boss OTT: Shamita Shetty’s Mother Sunanda Praises Raqesh Bapat, Talks About Shilpa Shetty – Watch

In 2012, Raj Kundra started a company named Satyug Gold Private Limited, followed by a company named Best TV Private Celebrity Home Shopping. In 2015, Kundra started a company named Viaan Industries Limited, through this company animation, cartoons and applications work was carried out. I have 24.50 per cent share in this company, there are 7 thousand shareholders in this company. Raj Kundra is the director in Viaan Industries Limited and Umesh Kamat works as an executive assistant. I was in this company from April 2015 to July 2020 as a director and then resigned from the post due to personal reasons. Also Read – Ganesh Chaturthi 2021: From Shilpa Shetty Taking Ganpati Idol Home to Govinda, Sonu Sood’s Celebration At Home| Watch Exclusive Video

Started a company named JL Stream in December 2020 to expand the existing business. JL Streaming is used for running social streaming applications, making short videos, chatting applications and streaming. In this company, Raj Kundra served as the CEO, Ryan Thorpe as Chief Production Officer and about 40 people worked there. Kundra manages all the dealings of this company.

I have a joint account with Raj Kundra in Punjab National Bank. He has taken home loan from this account, I have sometimes transferred money from my other bank account to this account to pay for this loan.

I know Megha Jaiswal for the last 4 years, she is an accountant in Viaan. I started a company named Dream Collection Pvt Ltd in November 2020 with Megha and I invested in this company. Megha is the director, Sandeep Arora and Charu Arora also serve as the directors. Umesh Kamat works in the Viaan industry and he was arrested in February 2021. When I inquired about him, Raj told me that Umesh Kamat and Gehana Vashisth had independently made obscene videos and sold them separately. I knew nothing about this OTT – Bollyfame.