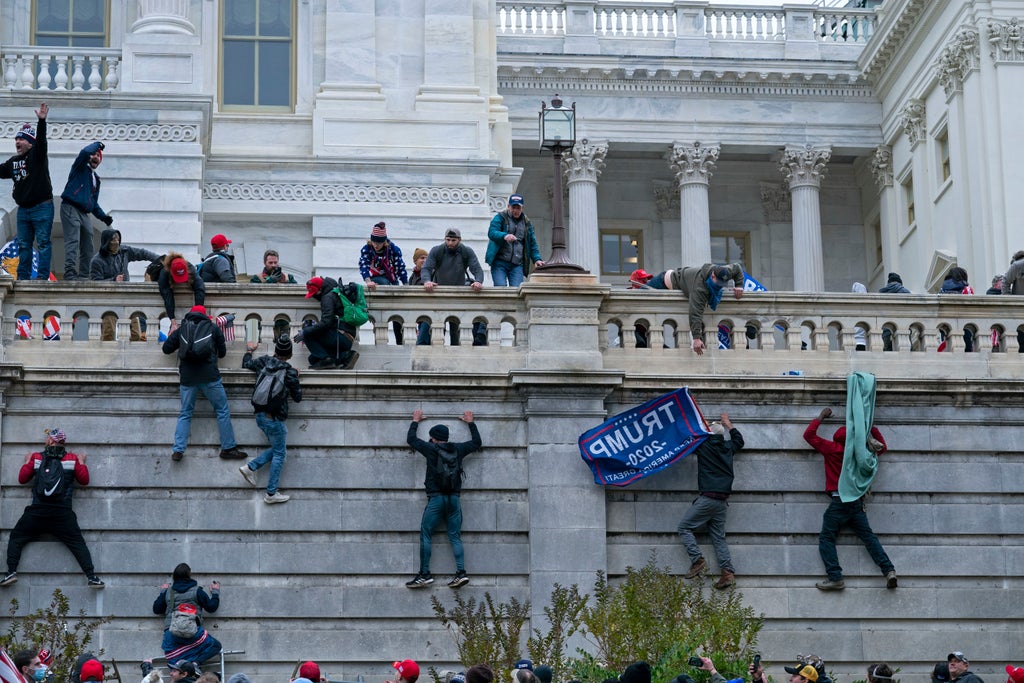 Donald Trump has allegedly told people close to him that he believes a rally to be held on Saturday is a “set-up” aimed at damaging his reputation.

According to the New York Times, sources close to the former president said that he fears the protest in support of January 6 Capitol rioters will be used against him by the press, “regardless of the outcome.”

For this reason, Mr Trump is said to be planning to steer well clear of the event and in order to avoid any appearance of blame, will be spending Saturday at a golf tournament at his New Jersey resort instead.

Mr Trump was impeached after being charged with “incitement of insurrection” following the January 6 riot, when the Capitol was breached by a violent mob. He is accused of encouraging the violence by making false claims of election fraud, and urging his supporters to ‘“fight like hell.”

Reuters reports that a fence around the US Capitol has been installed ahead of the protest, and the National Guard has been asked to be on standby for security support.

The outlet reported that a “large group” is expected at the Capitol on Saturday to protest against the arrests and charges of those who were linked to the January 6 riot. So far, 642 people have been charged with crimes including “disorderly conduct in a Capitol building” and “parading, demonstrating, or picketing in a Capitol building.”

While few high profile Republicans appear to want to be associated with Saturday’s event, organiser Matt Braynard, who was director of data and strategy for a few months of Trump’s presidential campaign, told The Daily Beast: “The right people who need to know about this event are aware of it and are very aware of what we’re doing.”