Helmet: ZEE5, India’s largest home-grown video streaming platform and multilingual storyteller for a billion audiences, launched a 360-degree campaign called #HelmetOn for its latest release – Helmet, a quirky comedy set in the heartland of India. Already reaching 85 million+ entertainment loving audiences across the country, the campaign received an overwhelming response through the ATL activities like social activations, robust influencer outreach program, digital promos, and contests. Some of the biggest names from the Bollywood entertainment industry and the influencer community supported and encouraged conversations around safe sex and condom usage such as Ayushmann Khurrana, Sanya Malhotra, Rajkummar Rao and the Stree Gang, Sunny Leone and other prominent influencers like Anubhav Singh Bassi, RJ Anurag Pandey, and Ronit Ashra. Twitter banter on #HelmetOn with prominent brands like Dunzo, Kamasutra, Bollywoo, News Nation, Fever FM and Ixigo drove positive sentiments around the film and generated quirky conversations around the stigma associated with nirodh in India.Also Read – Pavitra Rishta 2.0 Review: Love Conquers All And so Does Archana And Manav’s Chemistry! 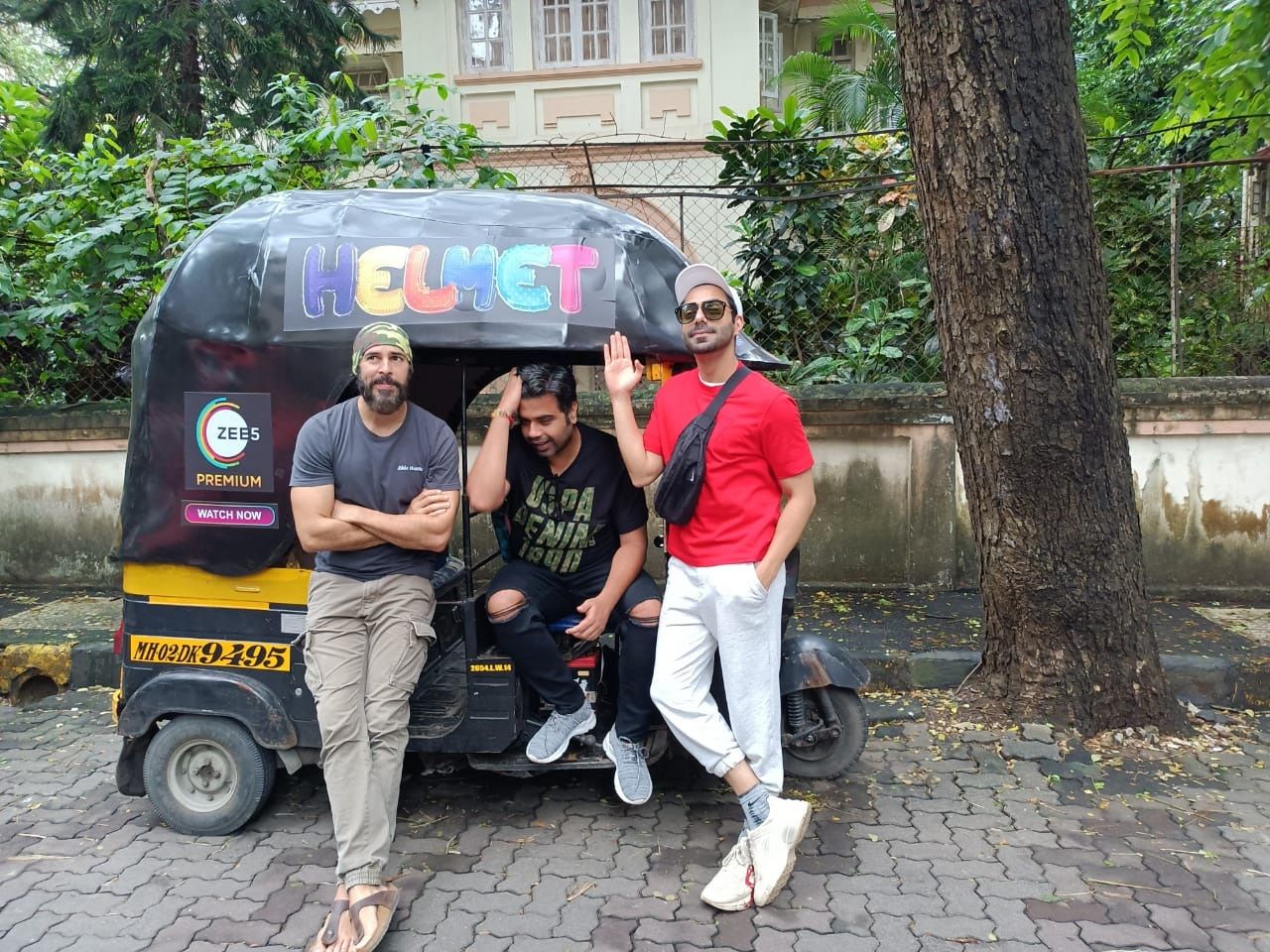 The campaign also launched some high impact BTL activations to promote social awareness for the widespread issue of resistance towards usage and purchase of condoms in India. The #HelmetOn campaign saw the Mumbai-favourite auto rickshaws with Helmet top circling the city, giving out free condoms to the passengers; busy streets in Mumbai having zebra crossings in the shape of condoms; and distribution of free condoms in popular hotspots across Mumbai, Delhi and Bengaluru. The star cast of the film also engaged with 500+ students across prestigious colleges in Mumbai, Delhi NCR, Bhopal, Orissa, MP, Pune and Bengaluru to educate them about the importance of using protection and sharing personal stories of their first time buying a condom, to normalize the subject. Also Read – ZEE5 Originals Nail Police, 14 Phere, State Of Seige And Others Feature Amongst Best OTT Content

Commenting on the success of the marketing campaign, Manish Kalra, Chief Business Officer, ZEE5 India said, “We are thrilled to have launched #HelmetOn that embraces social issues in a fun, engaging and healthy manner. With people still being reluctant to purchase condoms from a store, we aimed to drive awareness around this topic and encourage the use of protection through this campaign. Using a well-devised marketing strategy covering the digital landscape, social media, television and out of home space, the campaign has done exceedingly well already connecting us with 85 million+ audiences across the country. We hope to see more consumers engage with us through the campaign and give this social comedy a watch.” Also Read – On Ayushmann Khurrana’s Birthday, Wife Tahira Shares a Major Throwback Photo From College Days

Sharing the excitement Dino Morea, Producer, Helmet said, “Helmet is a project that is very close to my heart because it speaks volumes on a social issue which is the need of the hour, in a simple and sweet way. The film has resonated well with audiences across the country, and we’re humbled by the positive feedback that we have received. I’m glad to have worked with a powerful team, with Satramm as the director and Rohan as the writer to deliver a strong social message to viewers among many laughs and moments of relatability. Team Helmet is also proud to create awareness about safe sex, and work towards alleviating the stigma around condom usage and purchase through an engaging campaign #HelmetOn which has reached millions of Indians.”