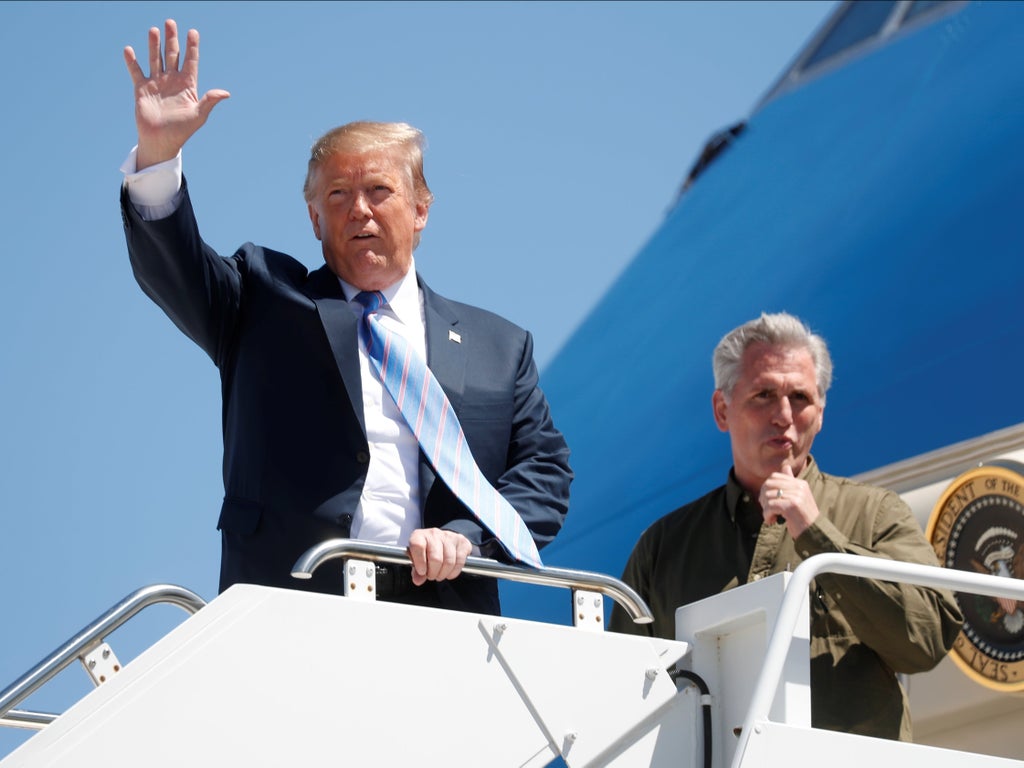 Former President Donald Trump’s decision to honour the tradition of outgoing presidents leaving notes for their incoming successors came only at the urging of House Minority Leader Kevin McCarthy, according to a forthcoming book by Washington Post writers Bob Woodward and Robert Costa.

In Peril, Mr Woodward’s third book on the Trump presidency, he and Mr Costa describe how Mr Trump honoured Mr McCarthy’s request that he leave a note for Mr Biden in the iconic 19th Century desk made from timbers of HMS Resolute. However, Mr Trump repeatedly rebuffed the California Republican’s pleas for him to call the President-elect Biden before the 20 January inauguration, according to the book.

According to a copy of the book obtained by The Independent, Mr McCarthy pushed the then-President to write the traditional letter for weeks leading up to the end of Mr Trump’s term, but the outgoing chief executive put the task off until roughly 7pm on his last night in the White House.

When the two men spoke at 10pm that evening, there were exactly 14 hours left in Mr Trump’s presidency. The House minority leader urged the soon-to-be ex-president to burnish his legacy by placing a conciliatory call to Mr Biden.

When Mr Trump dismissed the idea out of hand, Mr McCarthy reportedly told him it would be “important for the country” for the incoming and outgoing presidents to speak to “make the transition real”.

At the time, Mr Trump had hardly acknowledged that he had lost the 2020 election, and had for weeks after the election prevented administration officials from cooperating with Mr Biden’s transition team – long after it was clear that the election was over.

But Mr McCarthy pressed the president once more to call Mr Biden.

Mr McCarthy would ask two more times, and twice more would the twice-impeached chief executive refuse to do so.

The next day, Mr Trump departed the White House by helicopter, becoming the first president in over a century – not counting those who resigned or died in office – to not attend the inauguration of his successor.

Mr Biden was sworn in at the Capitol shortly after. According to a source close to him who spoke with The Independent, he has still not spoken with Mr Trump.