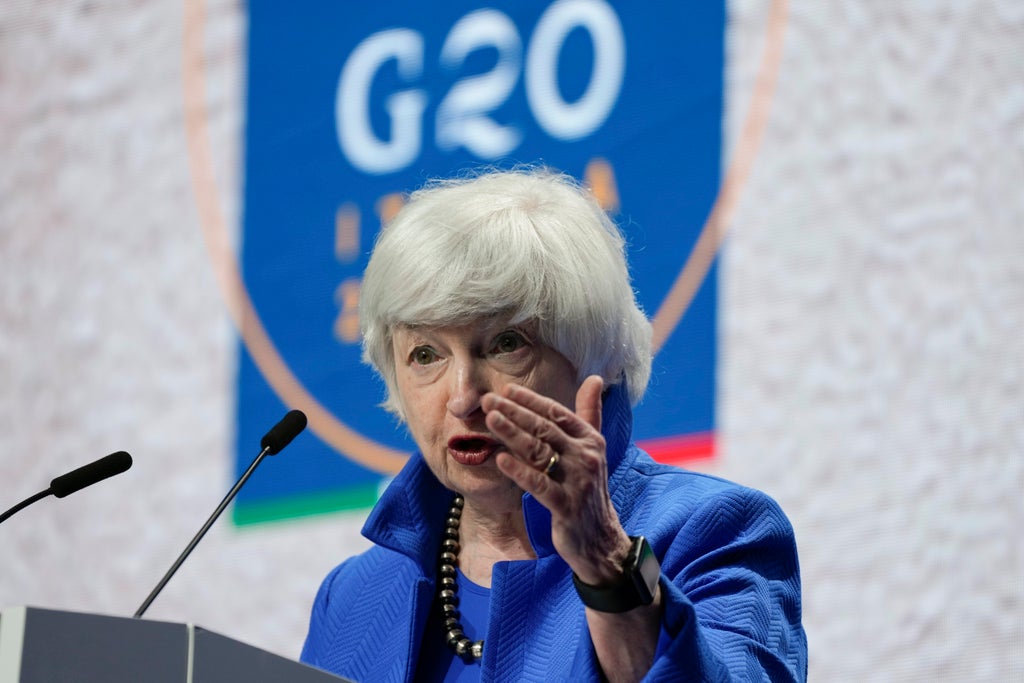 Senate Minority Leader Mitch McConnell has warned Treasury Secretary Janet Yellen he is not budging on his demand that Democrats go it alone on the federal debt limit, deepening the emerging standoff in Congress over how to boost the government’s borrowing authority.

Doug Andres, a spokesman for McConnell, said the Kentucky Republican reiterated in a phone call Wednesday evening with Yellen that Republicans will not partner with Democrats to lift the cap on federal debt, which now stands at $28.4 trillion.

“The leader repeated to Secretary Yellen what he has said publicly since July: This is a unified Democrat government, engaging in a partisan reckless tax and spending spree,” Andres said. “They will have to raise the debt ceiling on their own and they have the tools to do it.”

Lawmakers appear to have only a few weeks to reach a compromise over the federal government’s debt limit before the U.S. Treasury is forced to delay or miss payments.

Senate Republicans are insisting that Democrats pass legislation without their help that would include an increase or suspension of the debt limit. But Democrats note that on three occasions during President Donald Trump’s presidency, they worked with a Republican-controlled Senate and White House to suspend the borrowing limit. They are insisting that Republicans reciprocate and share in what can be a politically unpopular vote that allows the government to not only promptly pay its bills but also to take on more debt.

“Senators from both parties overwhelmingly voted in support of the many laws that contributed to this obligation,” said Senate Majority Leader Chuck Schumer, D-N.Y. “So neither party can wash its hands of responsibility to pay the bills.”

The debt limit caps the amount of money Treasury can borrow to keep the government running. When it was suspended for two years in July 2019, the public debt subject to the limit stood at $22 trillion. It now stands at $28.4 trillion.

An Associated Press analysis of data from the U.S. Treasury shows that nearly 98% of the nation’s $28.4 trillion debt predates Biden’s inauguration in January. That includes about $7.8 trillion heaped onto the pile during Trump’s four-year presidency.

Yellen has been using “extraordinary measures” to conserve cash. But once those measures and cash on hand are fully exhausted, the U.S. will have to rely on incoming receipts to pay its obligations, forcing the Treasury to delay or miss payments. Yellen has projected that moment will come sometime in October.

“Secretary Yellen will continue to talk to Republicans and Democrats about the critical need to swiftly address the debt ceiling in a bipartisan manner, to avoid the catastrophic economic consequences of default,” Treasury spokeswoman Lily Adams said in statement Thursday.

Votes to increase or suspend the debt ceiling are often contentious. Congress has passed 17 distinct changes to the debt limit since 2001, according to the non-partisan Congressional Research Service.