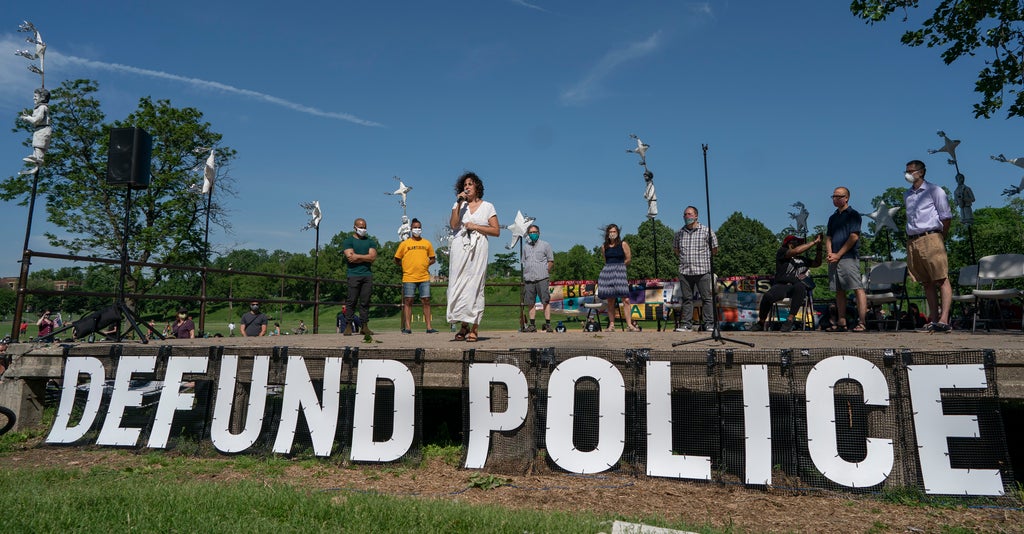 The Minnesota Supreme Court issued a narrow ruling Thursday in the fight over a ballot question about the future of policing in Minneapolis but it didn’t settle the bigger question of whether the public will get to vote on the issue.

Chief Justice Lorie Gildea’s ruling lifted a small part of a lower court’s order that rejected the ballot language approved by the City Council, saying that elections officials don’t have to include notes with ballots instructing people not to vote on the question and that any votes won’t be counted.

The order didn’t address the main issue in dispute — whether voters will get to decide on a proposed charter amendment that would replace the Minneapolis Police Department with a new Department of Public Safety that “could include” police officers “if necessary.”

The proposal has its roots in the “defund the police” movement that gained steam after the death of George Floyd in Minneapolis police custody last summer, but it leaves critical details about the new agency to be determined later.

The Supreme Court was under pressure to rule quickly because early and absentee voting opens Friday in the Minneapolis municipal elections, and ballots have already been printed.

Terrance Moore, an attorney for the Yes 4 Minneapolis campaign, which spearheaded the proposal, said he expects a ruling on the bigger question to come at some point later. The city attorney’s office agreed that the high court has yet to rule on the main issues.

Joe Anthony, an attorney for former City Council member Don Samuels and two other people who challenged the ballot language as misleading, called the order “a little mysterious.” He noted the lower court injunction barring counting and reporting votes was left in place, at least for the moment. There are a few possibilities for what could happen next, he said, including the Supreme Court taking time for fuller arguments, then deciding by Nov. 2 whether the votes cast would count.