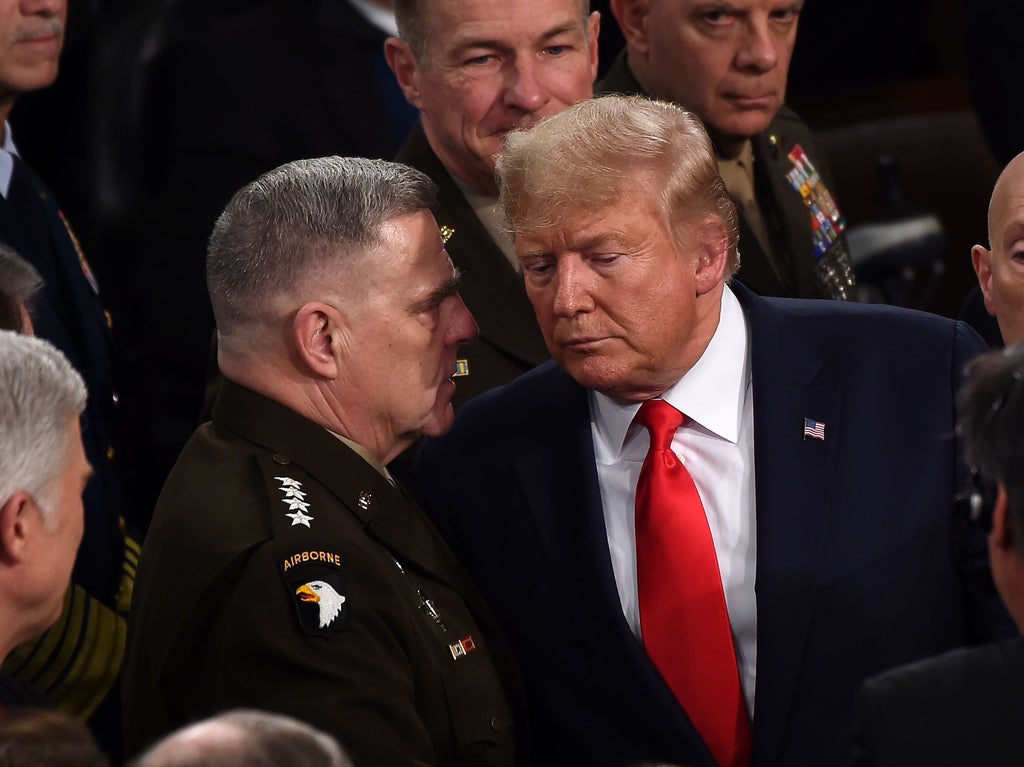 The leaders of the House select committee investigating the 6 January insurrection announced Thursday that they would investigate the actions of the Chairman of the Joint Chiefs of Staff after the riot.

Committee Chairman Rep Bennie Thompson of Mississippi and ranking Republican Liz Cheney of Wyoming released a statement saying the steps the Pentagon took around 6 January reveal were a crucial part to the investigation and that committee was already seeking records related to it.

“Looking ahead, we will carefully evaluate all the facts based on first-hand testimony, contemporaneous documents, and other relevant materials,” the statement read. “The Select Committee is dedicated to telling the complete story of the unprecedented and extraordinary events of January 6th, including all steps that led to what happened that day, and the specific actions and activities that followed between January 6th and January 20th, 2021.”

The statement comes after Bob Woodward and Robert Costa from The Washington Post reported in their new book entitled “Peril” that Gen Mark Milley was so disturbed by the riot that he feared former president Donald Trump might use nuclear weapons.

In response, Gen Milley hosted a secret meeting on 8 January to review the process for initiating military action such as launching nuclear weapons and specifically told the National Military Command Center not to follow any orders unless he was involved.

Similarly, Gen Milley also had two conversations with his Chinese counterpart, Gen Li Zuocheng, who was concerned after the riot. The first was on 30 Oct 2020 before the presidential election and another on 8 January. Gen Milley reassured the Chinese general that the United States would not strike China, The Washington Post reported.

The book also reported that Gen Milley even pledged he would alert his counterpart before an attack, which prompted a furious response from both Democrats and Republicans. Despite this, the White House and the Pentagon have both defended Gen Milley.