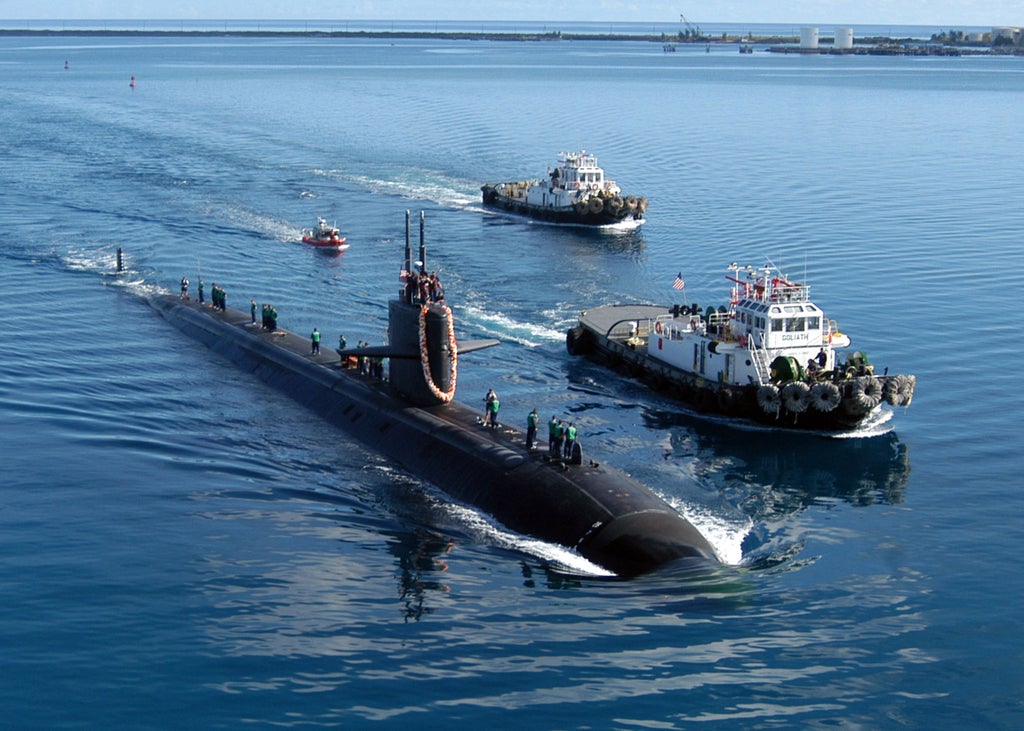 France has cancelled an upcoming event highlighting its long naval alliance with the United States, after Joe Biden on Wednesday announced a deal to help Australia deploy nuclear submarines.

The French had previously had their own submarine agreement with the Australians, and bristled at their close ally seeming to go behind their back to develop a new partnership.

French foreign minister Jean-Yves Le Drian slammed the decision as a “knife in the back” and a “unilateral, brutal, unpredictable decision” that would be expected from a Trump administration in an interview with Franceinfo radio.

Paris had been planning a series of events honouring the 240th anniversary of the Battle of the Capes, where the French navy helped the US during its war of independence against Great Britain, including functions at their Washington DC embassy and aboard a French frigate docked in Baltimore, Maryland.

Instead, France’s top naval officer, who was set to attend, was sent home to Paris early, the New York Times reported.

On Wednesday, the formation of the new “AUKUS” alliance was announced, between Britain, the US, and Australia. The pact will involve building a nuclear-powered submarine fleet and wide-ranging projects on cyber warfare, artificial intelligence and quantum computing, in what’s seen as a clear attempt to counter China’s growing influence in the region.

The first programme of the AUKUS alliance will be the construction of a fleet of nuclear-powered submarines for the Australian navy, with American and British companies taking part in the manufacturing process, as The Independent reported yesterday.

The AUKUS deal effectively ends a previous agreement between France and Australia, nicknamed the “contract of the century,” to build submarines that was signed in 2016 and worth tens of billions of dollars over the course of decades. It also, according to Mr Le Drian, the French foreign minister, undermines attempts to counter China’s massive Belt and Road infrastructure investment initiative.

“We established a relation of confidence with Australia. This confidence is betrayed,” he told The Wall Street Journal.

Though world leaders greeted Joe Biden’s arrival on the world stage with enthusiasm after four stormy years of Donald Trump, so far he has struggled with a number of international incidents, including the chaotic withdrawal from Afghanistan.