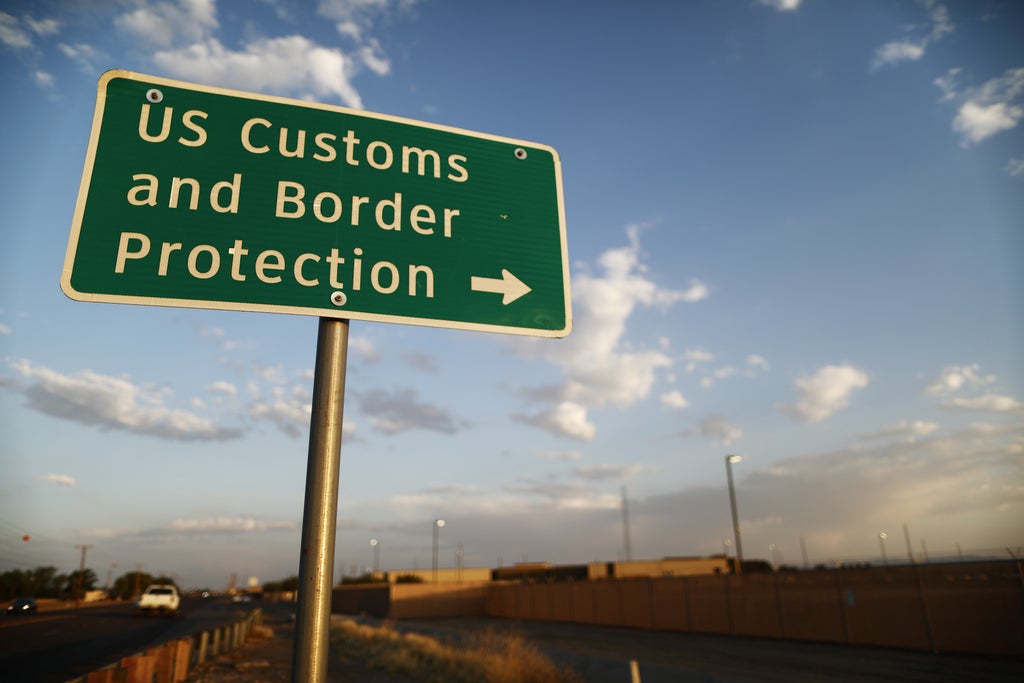 Nearly 10,000 migrants are camped out under a bridge dividing Texas and Mexico near Del Rio, Texas, as a stretched-thin US Customs and Border Protection struggles to process the thousands of asylum claims.

The migrants, the vast majority of whom are from Haiti, are living in squalid conditions according to multiple local media reports and swelled overnight to reach at least 8,300 on Thursday; thousands more are expected in the coming days.

Haiti remains in political turmoil following the shocking assassination of its president earlier this year, and widespread devastation to homes and businesses occurred after the island was beset by an earthquake as well as a tropical storm within just a few days of each other in August.

The growing migrant camp has become a particular issue of contention between Gov Greg Abbott of Texas and the Biden administration, the former of whom vowed to work with the federal government to close the border points of entry to address the situation only for US Customs and Border Protection to say they had no plans to do so.

Chatter about another 20k on the way, unconfirmed. Mostly Haitians, some Cubans, Venezuelans.

US Customs and Border Protection released a statement about the situation late last month as the camp was first developing, explaining that the outdoor nature of the camp was an effort to protect both migrants and CBP staff from Covid-19.

“[It] serves as a short-term, open-air intake and processing area that enables CBP to intake, screen, and process certain migrant populations, all while minimizing employee and migrant exposure to COVID-19 to the greatest extent possible. TOPS currently focuses on expeditiously processing those apprehended as family units in RGV Sector,” the agency told local news station KENS5.

“Migrants at TOPS are provided with food to include three hot meals per day,” added a spokesperson for the agency, “unlimited supply of snacks, water, juice, and rehydration drinks. Migrants have access to medical care in the form of on-site contracted medical personnel and Border Patrol Emergency Medical Technicians.”

In an updated statement to The Washington Post this week, a CBP spokesperson said that the agency was “increasing its manpower in the Del Rio Sector” in an effort to deal with the growing numbers at the camp.

The Independent has reached out to the agency with questions regarding when the size of the camp will become too large for CBP personnel to safely oversee, and whether the agency has the manpower to address the current rate of asylum claims.

Mr Abott said in a statement on Thursday that the situation was evidence of the Biden administration being in “disarray”.

“The Biden Administration is in complete disarray and is handling the border crisis as badly as the evacuation from Afghanistan. I have directed the Texas Department of Public Safety and the Texas National Guard to maintain their presence at and around ports of entry to deter crossings,” he said in a statement.