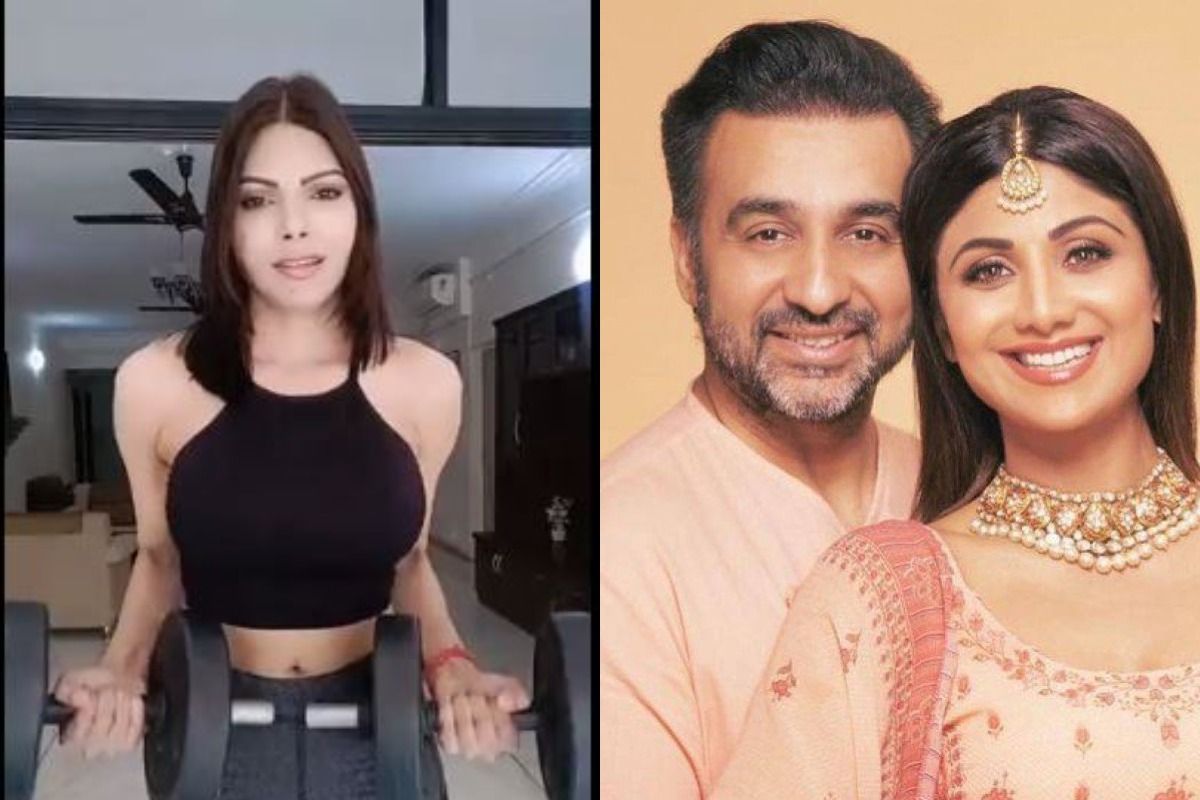 Sherlyn Chopra on Shilpa Shetty’s Statement: Bollywood actor and adult content creator Sherlyn Chopra has taken a dig at Shilpa Shetty Kundra, whom she addressed as ‘didi’ in a video, for giving a statement that she wasn’t aware about her businessman husband Raj Kundra’s activities. After Shilpa’s statement to cops was out where she alleged that she had no idea about Raj’s work as she was too busy. Reacting to this, Sherlyn said Didi ko koi bhi jaankari nahi thi, aisa ho sakta hai? (Referring Shilpa Shetty as Didi, Sherlyn said she doesn’t know about the movable and immovable assets of her husband Raj, is it possible?)Also Read – Shilpa Shetty’s Statement to Cops in Raj Kundra Case: Never Asked His Work And He Never Tells

Sherlyn, who in July said that she was the first person to give a statement to the investigating team of the Maharashtra Police Cyber Cell in Raj Kundra’s case, posted a video on Twitter taking a dig at the Hindi film actress. In the video, Sherlyn is seen lifting dumbbells while talking to the camera in Hindi. “Media reports ke anusaar didi ka yeh kehna hai ki unhe apne pati dev ke nefarious activities ke baare main koi bhi jaankari nahi thi (according to media reports, ‘didi’ is saying that she was not aware of the nefarious activities of her husband),” Sherlyn said. Also Read – Raj Kundra Trends Big on Twitter as Shilpa Shetty Visits Vaishno Devi Temple | Watch Viral Video

She had further stated that Raj had launched Viaan Industries Ltd around April 2015 and she was on the board till July 2020 when she quit owing to personal reasons, as stated in the charge sheet filed by the police on Wednesday against Kundra and his associate Ryan Thorpe.

Raj Kundra is under custody in a pornography racket case. He is being investigated for his connection to applications that created content that has been alleged to be pornographic in nature. Raj, in his defence, has reportedly said that it is simply adult content.