Kareena Kapoor Khan is currently on a vacation with her husband and actor Saif Ali Khan and their sons, Taimur and Jeh. The actress is being very mysterious about their location and still haven’t revealed where they have jetted off to for the holiday. Kareena, however, is treating fans with pictures and what more can we ask for, right?

On Friday (September 17), Bebo shared a beach selfie where she look uber stylish dressed in a blue printed shirt worn over a black bikini and paired with red bottoms. She had her hair tied in a bun and completed her look with oversized sunglasses and multiple bracelets. The actress was at a restaurant waiting for her breakfast. Next to Kareena was Taimur’s baby chair with a food tray. She captioned the post as, “Where is my baby?” followed with a heart and beach umbrella emoji.

She later shared a photo of her reflection on a glass window with a cabana and few cycles in the background. She posted the mirror selfie with a sticker reading, “Who are you?” 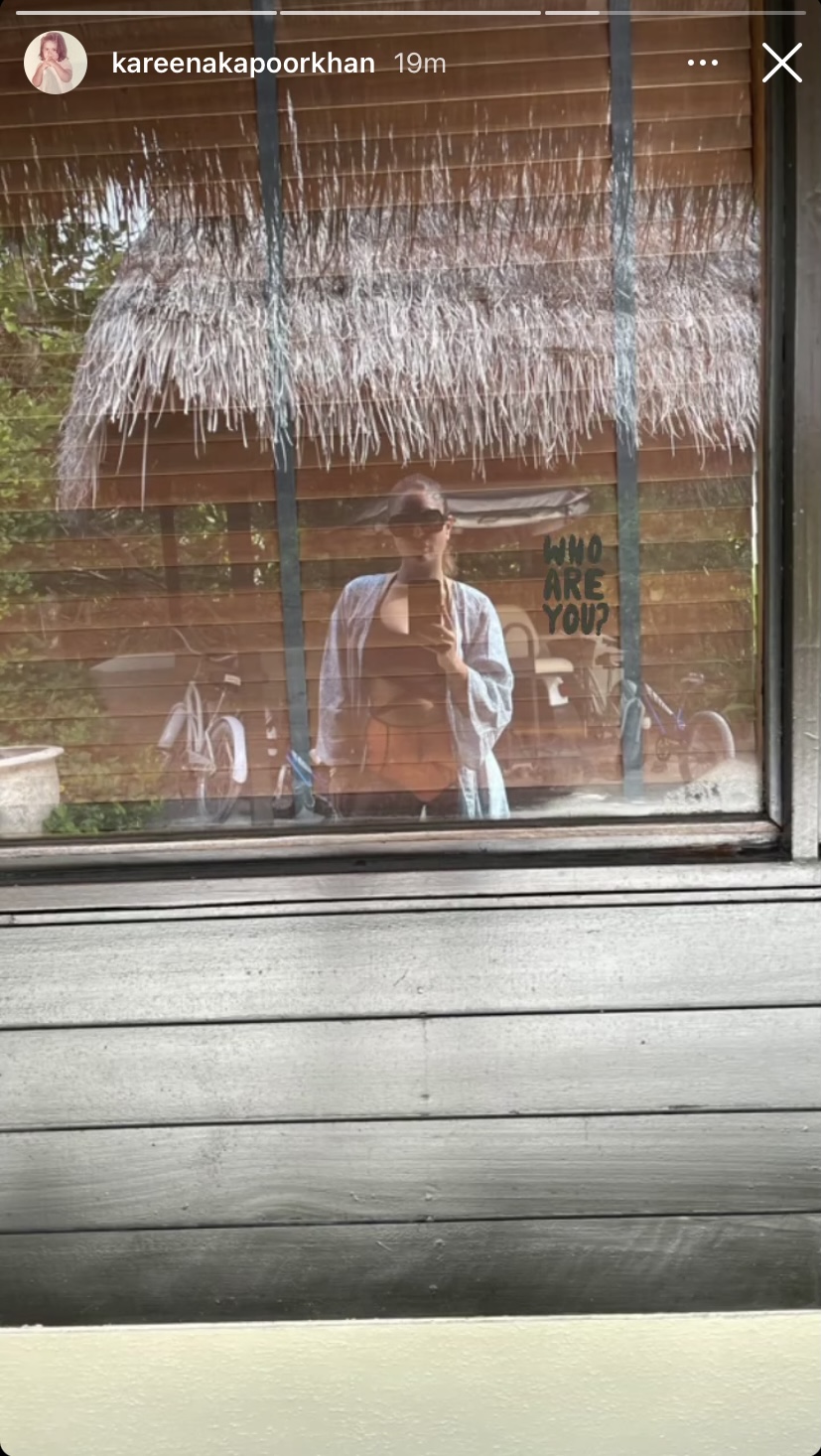 On Thursday (September 16), Kareena had shared a black and white selfie where she can be seen dressed in a shirt worn over a monokini. The actress flashed her beaming smile for the camera as she sat amidst the beach and the palm trees. 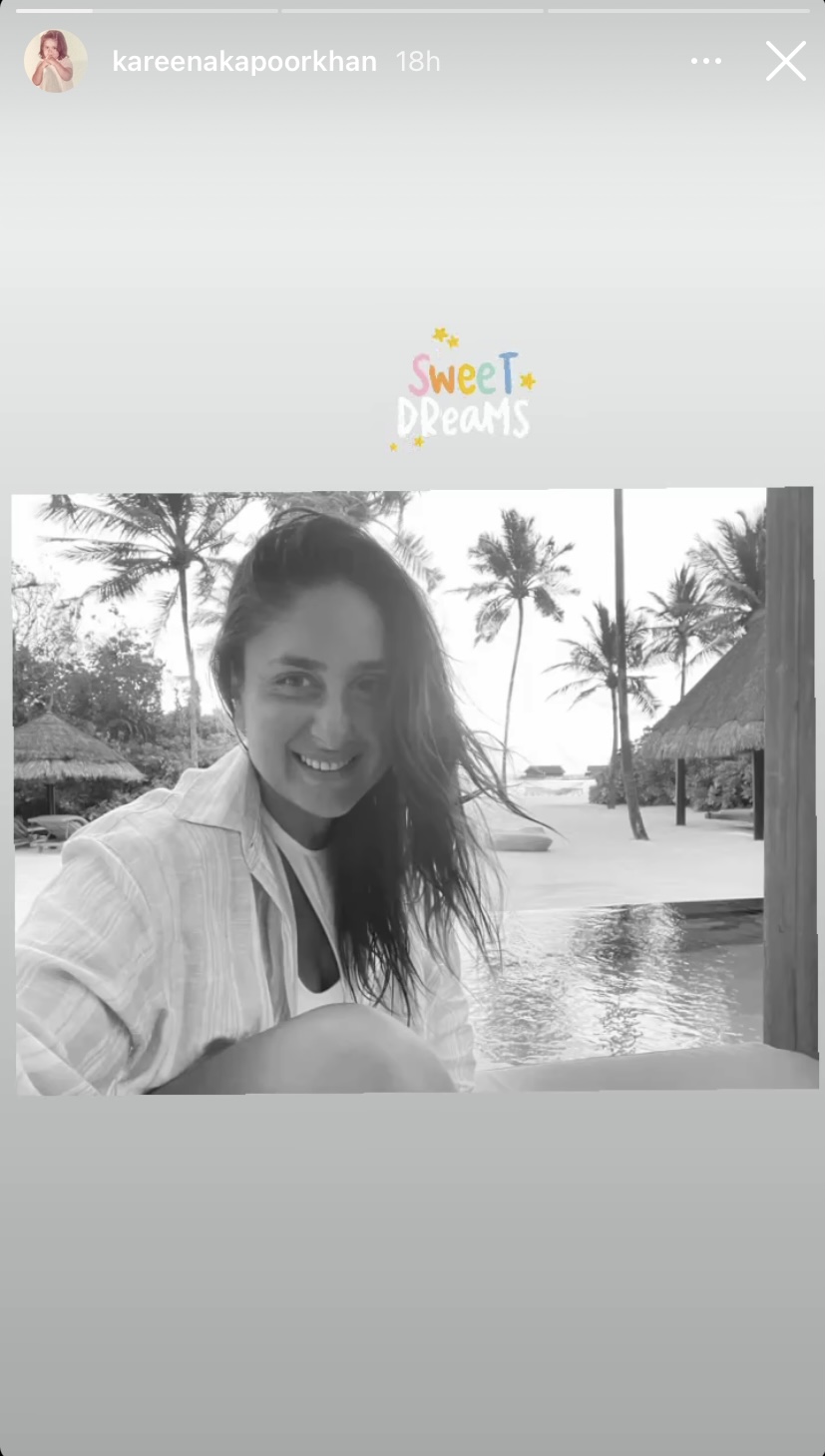 On Wednesday (September 15), Kareena and Saif were spotted at the airport with their two little munchkins as they left for their holiday. Earlier in August, the Khan family had gone for a vacation to the Maldives to celebrate Saif’s 51st birthday. Kareena had also shared photos from their vacay which featured Jeh as well.

Meanwhile, Kareena had recently resumed shooting for her film ‘Laal Singh Chaddha’ which stars Aamir Khan in the lead role. The two will be sharing screen space after ‘3 Idiots’. Actor Mona Singh will also be seen in the movie. Adapted by Atul Kulkarni and directed by Advait Chandan, the movie is an official Hindi remake of Robert Zemeckis’ Oscar Award-winning 1994 film ‘Forrest Gump’, that featured Hollywood star Tom Hanks in the lead role. Meanwhile, Saif was recently seen in ‘Bhoot Police’. He will next be seen in ‘Bunty Aur Babli 2’ and ‘Adipurush’.