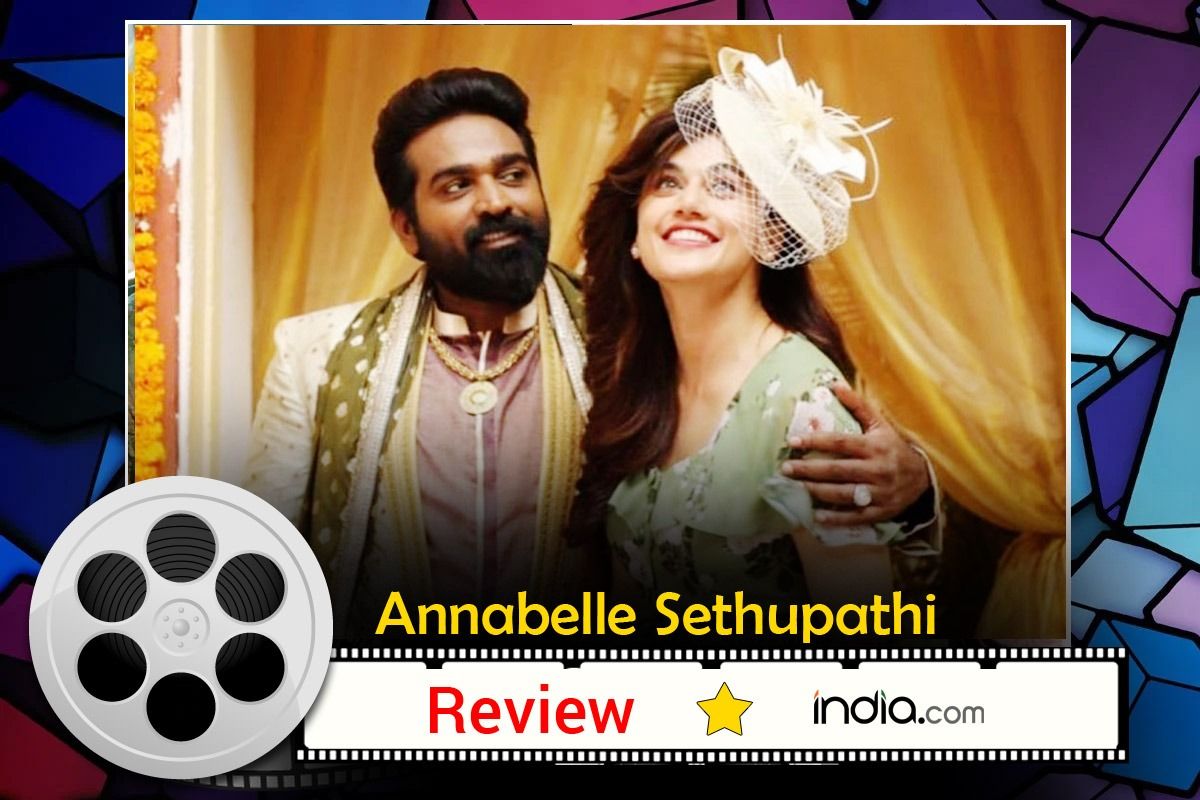 There was excitement for Vijay Sethupathi and Taapsee Pannu starrer movie, Annabelle Sethupathi. However, your excitement will soon turn into boredom and frustration once you start to watch this movie.Also Read – Taapsee Pannu’s Wedding Plans: Sister Shagun Reveals ‘Recce Has Been Done, Seen Lot of Locations’

Annabelle Sethupathi revolves around Rudra (Taapsee Pannu), who belongs to a family of tricksters but somehow lands into a palace that is full of ghosts (don’t worry, they aren’t more than jokers). With time she realises that she was British woman Annabelle in her previous birth and that the palace belonged to her back then – only to be conquered by another local zamindar by murdering her and her husband king. Also Read – Shah Rukh Khan-Kajol Reunite For Rajkumar Hirani Film, Vidya Balan-Taapsee Pannu Also Part Of The Film?

The movie is badly directed by Deepak Sundarrajan. During the course of the 136-minute movie, several actors bumped into each other including Jagapathi Babu, Radhika Sarathkumar, George Maryan, Devdarshini, Rajendra Prasad, Subbu Panchu and Vanella Kishore. Probably the makers were trying to invoke comedy with so many characters in the movie, but it turned out to be a huge mess. Rather than adding a comic element to the movie, the talent of these actors has been wasted. Also Read – Katrina Kaif in Rs 31K Pink Tie Dye Dress is Here to Brighten Your Day

As far as Taapsee Pannu and Vijay Sethupathi are concerned, there is nothing remarkable in their performances as well. While Taapsee only turned out one among the jokers, Vijay Sethupathi was given less screen time. He enters the movie much later and leaves soon as well. However, it is Vijay’s entry in the film that puts frustrating comedy on a halt for some time and makes the movie a little serious. Vijay is calm, composed and probably the only actor in the movie who is pleasant to watch. But yes, if you have watched his other movies, there is nothing note-worthy here.

There is a scene in the movie when Vijay Sethupathi and Taapsee Pannu are fighting with goons. However, it also turned out to be a major disappointment! It will make you feel as if not enough hard work has been done on the scene.

Even the dialogues (in the Hindi version) are terribly written. Don’t know if it was an attempt to make this film a comedy, but it only turned out to be irritating and racist. Yes, there is repetitive mention of Shanmugha’s (cook) colour and him being a black. He has been addressed as a ‘junglee bhalu‘, ‘black teddy bear’ and as ‘jale baingan ka bharta (burnt brinjal)’. While such dialogues do not evoke laughter at all, it is high time that the makers of a movie must avoid using casteist and racist slurs. It may not be intentionally used, but these depict the mentality and shows how deep-rooted these issues are.

Probably the makers of the movie tried to warn us right at the beginning of the movie, when Shanmugha had said, “Itni bakwaas ki maine, usme koi logic mila kya (I uttered nonsense, was there any logic)?“

Overall the movie lacks focus, execution, comedy and horror. It only turns out to be frustrating and unbearable to watch.