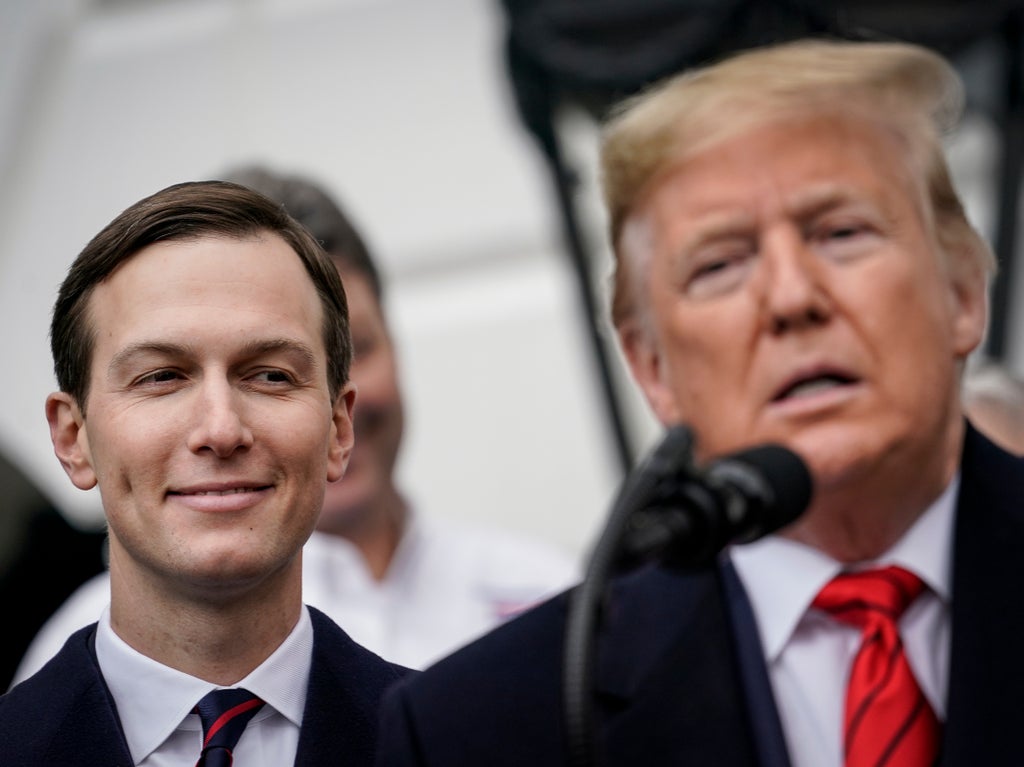 “You know,” Trump joked in another meeting, mocking his son-in-law, Mr Kushner, who was raised in a modern Orthodox Jewish family and was working on Middle East peace, “Jared’s more loyal to Israel than the United States,” according to a copy of the book The Independent obtained ahead of its 21 September release.

Mr Trump’s use of what the Anti-Defamation League characterises as an anti-semitic trope was nothing new for the now-former president.

In August 2019, he repeatedly accused Jewish-Americans who vote for Democrats of being disloyal to Israel or implied that Jewish-Americans should vote based on the interests of a country that is not their own.

“I think any Jewish people that vote for a Democrat, I think it shows either a total lack of knowledge or great disloyalty,” he said.

Just over a year later in September 2020, he told a group of Jewish-American leaders on a White House conference call marking the Jewish new year that Jews should vote for him because Democrats would be bad for Israel, adding “we love your country”.

Trump often denied that he harboured anti-semitic feelings during his presidency. When a reporter for an Orthodox Jewish weekly publication asked him about a rise in anti-semitic attacks during a February 2017 press conference, he angrily told the reporter that he was “the least anti-Semitic person that you’ve ever seen in your entire life”.

Nonetheless, his presidency was marked by a significant rise in anti-semitic activity, including the August 2017 “Unite the Right” rally in Charlottesville, Virginia, during which marchers chanted “Jews will not replace us” and the October 2018 mass shooting at Pittsburgh’s Tree of Life synagogue.

Some of the Trump supporters who attacked the Capitol on 6 January in an attempt to stop Congress from certifying his defeat by President Joe Biden wore clothing emblazoned with anti-semitic slogans, such as “Camp Auschwitz” – a reference to the infamous Nazi death camp – and “6MWE,” which stands for “6 Million [Jews murdered by Nazis during the Holocaust] Wasn’t Enough’.