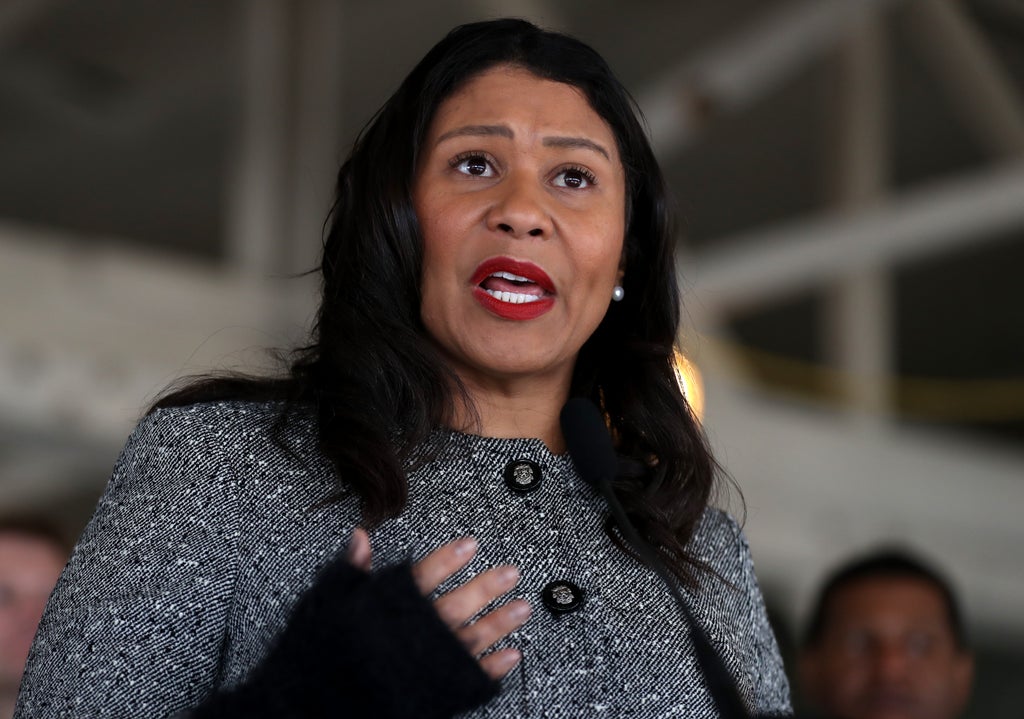 The mayor of San Francisco was pictured dancing and singing along to live music without a mask at an indoor nightclub, defying a strict order by her own public health department.

Democratic Mayor London Breed has promoted restrictive measures aimed at curbing the coronavirus, frustrating business owners who have had to shut down or limit customers.

The San Francisco Chronicle first reported that the mayor was at the Black Cat nightclub on Wednesday for an impromptu late-night performance by two of the original three members of popular R&B act Tony! Toni! Toné!

“The fact that we have not been able to enjoy live music in this way since the beginning of this pandemic made it even that much more special and extraordinary,” she told the Chronicle after the performance.

“I was really honored and really in disbelief when I sat here and watched what I felt was history in the making.”

Most patrons inside the subterranean venue, which serves food and drinks, did not wear a mask as mandated by the city. Ms Breed was pictured sitting with Black Lives Matter co-founder Alicia Garza and also posed for photos with the musicians.

The Chronicle acknowledges that its reporter who spoke to Ms Breed at the event was also unmasked during the interview.

According to the rules announced by Mayor Breed herself in early August, the health department requires that everyone wear a well-fitted mask in indoor public buildings, even if they are fully vaccinated against Covid-19, except while actively eating or drinking.

The mayor was seen with drinks on a table in front of her and was often holding one, according to the Chronicle. Video posted to Twitter shows the mayor at the back of the room dancing to the performance.

Her office did not respond immediately to a request by The Associated Press on Friday when asked to explain the mayor’s actions.

In addition to masks, San Francisco also requires proof of full vaccination for customers at indoor venues including restaurants, bars, gyms, and other businesses.

Ms Breed told the Chronicle that she tests often for Covid-19 and “at the end of the day, everyone who comes in here has to show proof of vaccination. That gives me a lot of reassurance”.

“I’ve been very careful, not just because I want to set an example but because I don’t want to get Covid. I also want to make sure that I’m not someone transmitting Covid to other people,” she said. “This entire pandemic has been focused on keeping people safe.”

Nevertheless, the health order announced in August, as the virus once again surged across the US, remains in place as the Delta variant is so contagious that even vaccinated people have contracted it and spread it to others.

“Indoor settings, whether public or private, are higher risk for Covid-19 transmission, especially when you are with people you do not live with,” the health order states.

When photos of the mayor appeared on social media they sparked an outcry from critics of Ms Breed.

There were accusations of hypocrisy, and that, with the recent failure to recall California Governor Gavin Newsom, Democrats in the state now think they are “untouchable”.

Danielle Rabkin, owner of CrossFit Golden Gate gym and a critic of the mayor’s policies, told NBC Bay Area affiliate KNTV-TV that Ms Breed has consistently said that people need to do their part because of the continuing threat posed by the coronavirus.

“San Francisco’s rules have been very restrictive, and I don’t see her playing her part in that photo,” Ms Rabkin said.

Even runners in this weekend’s San Francisco Marathon will be required to wear masks in areas of the course that cross into National Park Service territory. The federal agency requires masks indoors and in crowded outdoor spaces.

San Francisco and neighbouring counties were the first to issue a stay-home order at the start of the spread of the coronavirus pandemic in March 2020, even before Governor Newsom ordered people statewide to stay indoors except for essential jobs and errands.

The Bay Area has among the highest vaccination rates and lowest infection rates in California and in the US.

Last year, Mayor Breed was also accused of hypocrisy when she attended a group dinner at the upscale French Laundry restaurant in Napa in spite of strong recommendations by state and public health officials at the time to avoid gatherings with people outside the household. Mr Newsom faced a torrent of criticism for his own appearance at a different event at French Laundry.