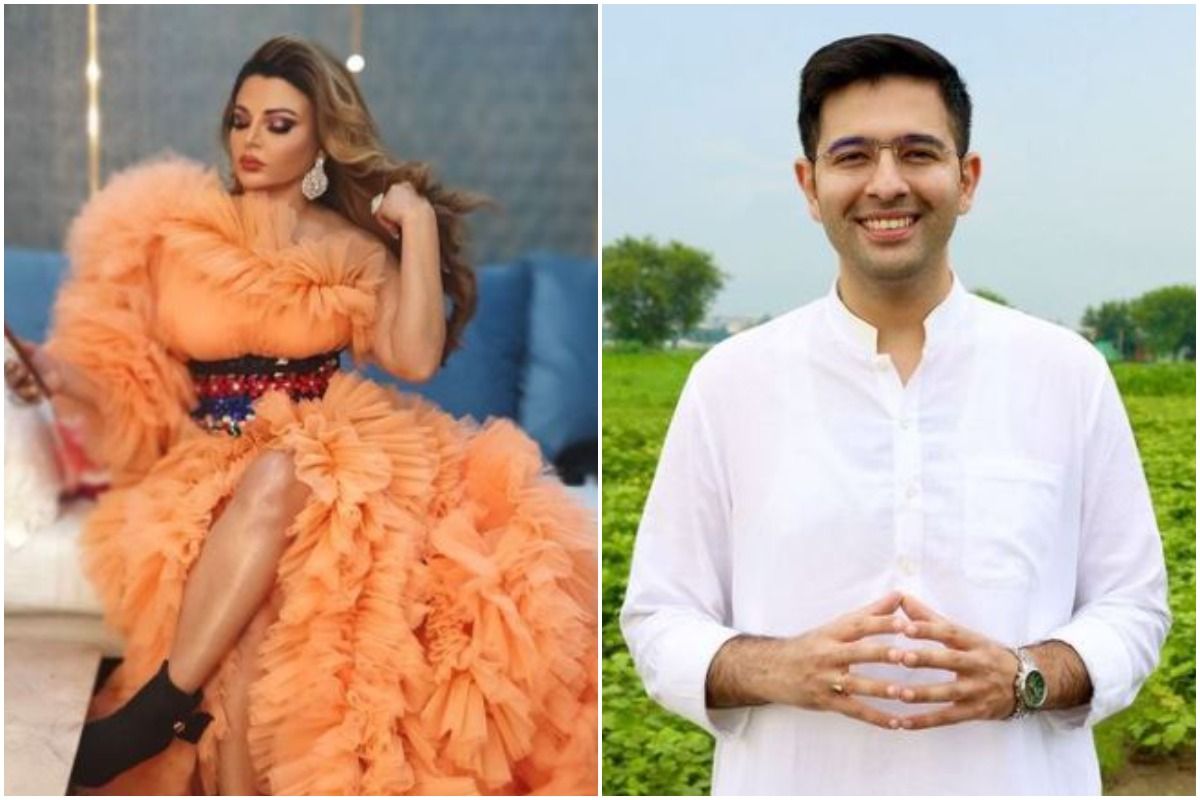 Mumbai: A day after Aam Aadmi Party spokesperson Raghav Chadha compared Punjab Congress chief Navjot Singh Sidhu to Rakhi Sawant, Bigg Boss fame has now given a befitting reply to him. In an interaction with some of the media personnel, Rakhi attacked Raghav Chadha and said that even he had to use her name to be on the trending list. “Raghav Chadha, stay away from me and my name. Jo Mr Chadha ho na, mera naam loge toh tumhara chadha utaar dungi,” Rakhi said.Also Read – Kavita Kaushik Takes Jibe at AAP’s Raghav Chadha For Calling Navjot Sidhu ‘Rakhi Sawant of Punjab Politics’: She is a Compliment

This is what Raghav Chadha had said:

The Rakhi Sawant of Punjab politics -Navjot Singh Sidhu- has received a scolding from Congress high command for non stop rant against Capt. Therefore today,for a change, he went after Arvind Kejriwal. Wait till tomorrow for he shall resume his diatribe against Capt with vehemence https://t.co/9SDr8js8tA

Rakhi also thanked FIR fame Kavita Kaushik and called her a ‘darling’. On Friday, Kavita Kaushik, who was with Rakhi Sawant in Bigg Boss 14, also lashed out at Aam Aadmi Party’s Raghav Chadha for his tweet. “Rakhi Sawant- the most hard-working who gives her hundred percent loyalty and effort to each project she takes, turning a dull flop show into an entertaining one, she is a compliment compared to the hateful fake counterparts!” Kavita had written.

Rakhi Sawant- the most hard working who gives her hundred percent loyalty and effort to each project she takes, turning a dull flop show into an entertaining one, she is a compliment compared to the hateful fake counter parts! https://t.co/UQr95AL37B

Raghav Chadha’s comment has also disappointed netizens who are calling this a display of “despicable misogyny” and are demanding an apology from him.