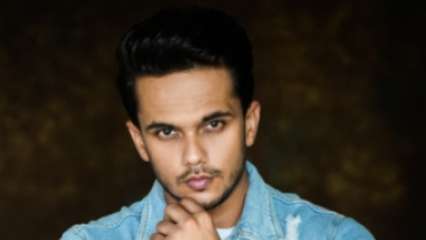 Art imitates life. And cinema is one of the finest mediums for the same. Cinema today has evolved past definitions of the past and started to look more like life itself. Cinema indeed creates a mirror image of life that makes the viewer think, reflect and perhaps even develop a new perspective. This is what Aditya Singh Bhadoria found most liberating as a successful actor today.

Aditya comes from a small village in Madhya Pradesh, India. He was captured by the life-like essence of cinema since childhood. While going to the theatre was the stuff of dreams, the telly provided ample material for his imagination to seek greener pastures. He recalls, “Every time I watched a film, I wished it wouldn’t end. It promised and accomplished something so new for me, something that the barren and broken walls of my village were unable to provide. Although modern cinema is finding new inspiration in forgotten Indian towns and villages, for me cinema itself was that inspiration.”

Aditya went from a village boy to a starry-eyed youth when his family moved to the city. And it’s here his love for the performing arts was born. Today, Aditya has to his credit the title of Rubaru Mr. India Model International 2019 and featured in recent music video ‘Dil Main Basaya.’ He has received rave reviews for both. Aditya added, “It is immensely gratifying to be appreciated for your work. Acting has always been my passion. I get to explore my creative side, which in itself is a satisfying experience.” He has set his sights on taking Bollywood by storm and leave his mark as a versatile actor. He looks forward to roles that push him to the edge, throw him out of his comfort zone and help him grow as an actor.”

Cinema is a powerful medium. It has the potential to impact lives and be the harbinger of social, political, and moral change. As k