Another development in Raj Kundra’s pornography case has surfaced. Miss Asia Bikini winner Gehana Vasisth has a link with the HotHit app.

Model Gehana Vasishth aka Vandana Tiwari was arrested on February 7, 2021, and WhatsApp conversations between Umesh Kamat and Yash Thakur have surfaced. During their talk, it became clear that they were both working hard to secure lawyers to ensure that the controversial model was released on bail.

In one of his talks, Yash expressed that if Gehana is held in police custody for a long time, she will divulge their identities to the officers.

Take a look at the screenshots- 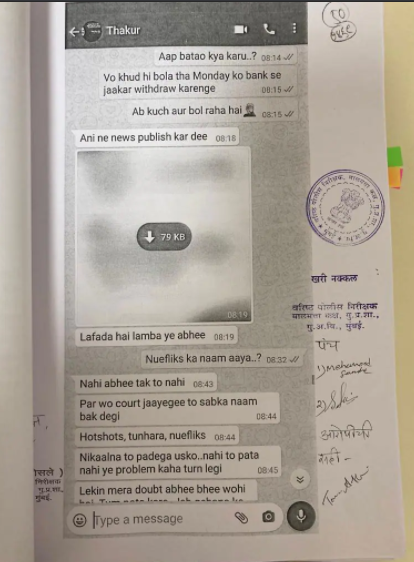 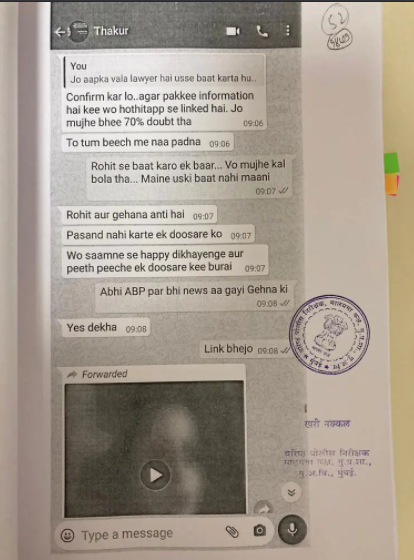 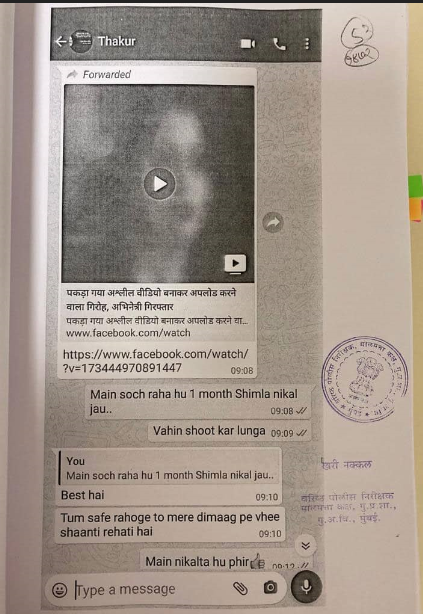 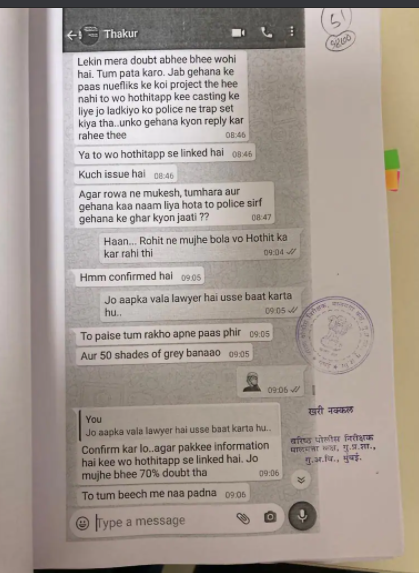 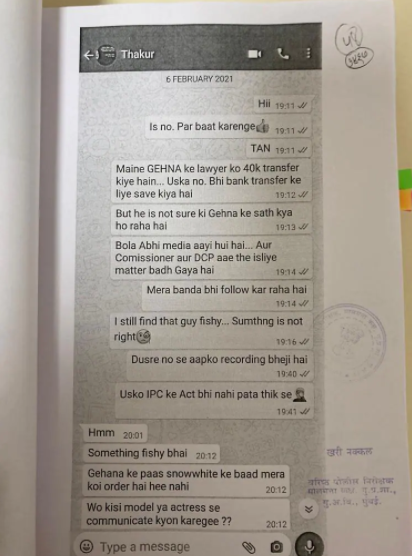 Gehana was arrested in February after she allegedly shot and posted 87 pornographic movies to her website. Gehana’s publicist, Flynn Remedios, made a statement following her detention, claiming that the videos created and directed by Gehana’s company, GV Studios, “at most can be classified or categorised as Erotica”.