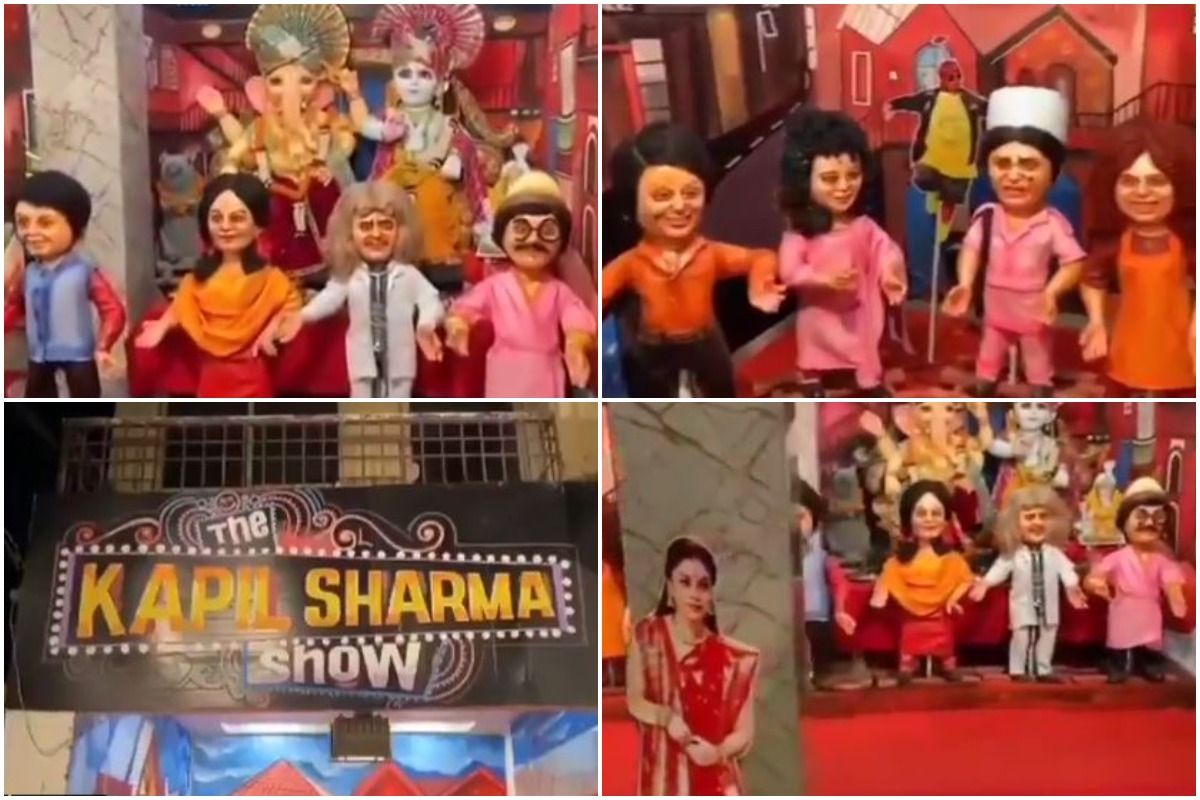 Mumbai: For most Indian families, dinner time at the weekends are sorted. Watching their favourite The Kapil Sharma Show!

The show enjoys massive popularity and its characters have become household names over the years. Several fans have time and again expressed their love for the show and have thanked Kapil Sharma and his team for the wonderful show. However, Kapil Sharma’s fans in Bilaspur city of Chhattisgarh have gone a step ahead. While the country is celebrating Ganesh Chaturthi, The Kapil Sharma Show themed Ganesh pandal has been set in the city.

Yes, the pandal features all characters of The Kapil Sharma Show including Archana Puran Singh. One can easily spot even the past season characters of the show – Gutthi, Dr Gulati, Laccha and others.

While the video was originally shared on social media by a person named Bhavesh Yadav, even Kapil Sharma retweeted it and wrote, “Wow. It’s beautiful. Thank you,” along with a folded hand emoji.

The Kapil Sharma Show returned with its fresh season last month. Archana Puran Singh, Krushna Abhishek, Bharti Singh, Chandan Prabhakar, Sumona Chakravarti, Kiku Sharda and Rochelle Rao have returned with their crazy and funny performances. Even comedians Sudesh Lehri and Gaurav Gera have been roped in for the current season of the show.