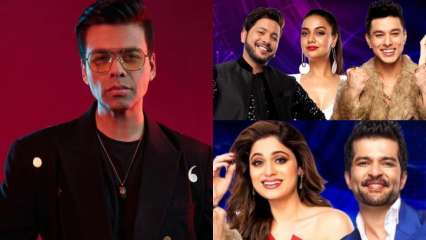 The Karan Johar hosted ‘Bigg Boss OTT’ is all set to come to an end tonight after six weeks of entertainment. The grand finale of the show will take place tonight (September 18). During the finale, the live audiences will choose one of the five finalists as the ultimate winner of the show.

Here’s all you need to know about tonight’s ‘Bigg Boss OTT’ grand finale.

After six weeks of battling it out and providing thorough entertainment to viewers, the final five housemates who will be part of the ‘Bigg Boss OTT’ grand finale tonight (September 18) are Divya Agarwal, Nishant Bhat, Pratik Sehajpal, Raqesh Bapat, and Shamita Shetty.

The winner, at the end of the night, would not only have the ‘Bigg Boss OTT’ house trophy but will also get a chance to enter the ‘Bigg Boss 15’ house. The show will air on Colors TV and will have Salman Khan back as its host.

The ‘Bigg Boss OTT’ around 4-hour-long Grand Finale will take place and go live on September 18.

‘Bigg Boss OTT’ Grand Finale will exclusively stream on the VOOT app. All the viewers will also be given a chance to be a part of the live voting during the finale episode.