Actor Ranveer Singh never misses a chance to flaunt his love for his wife Deepika Padukone. The actor recently conducted an ‘Ask me Anything’ session on his Instagram handle which was crashed by none other than Deepika and other industry friends of the actor such as Arjun Kapoor and rapper Divine.

In the QnA session on Instagram, when a particular user asked Ranveer to describe Deepika in one word, his answer stole everyone’s hearts. Replying to the fan’s question, Ranveer wrote, “Queen.” Isn’t he giving major husband goals?

In another story, a user asked, “When are you going home?” and it was his wifey Deepika. Responding to the question, Ranveer in a sweet message wrote, “Khana garam kar lo baby, main abhi buss punch hi raha moon @deepikapadukone.” 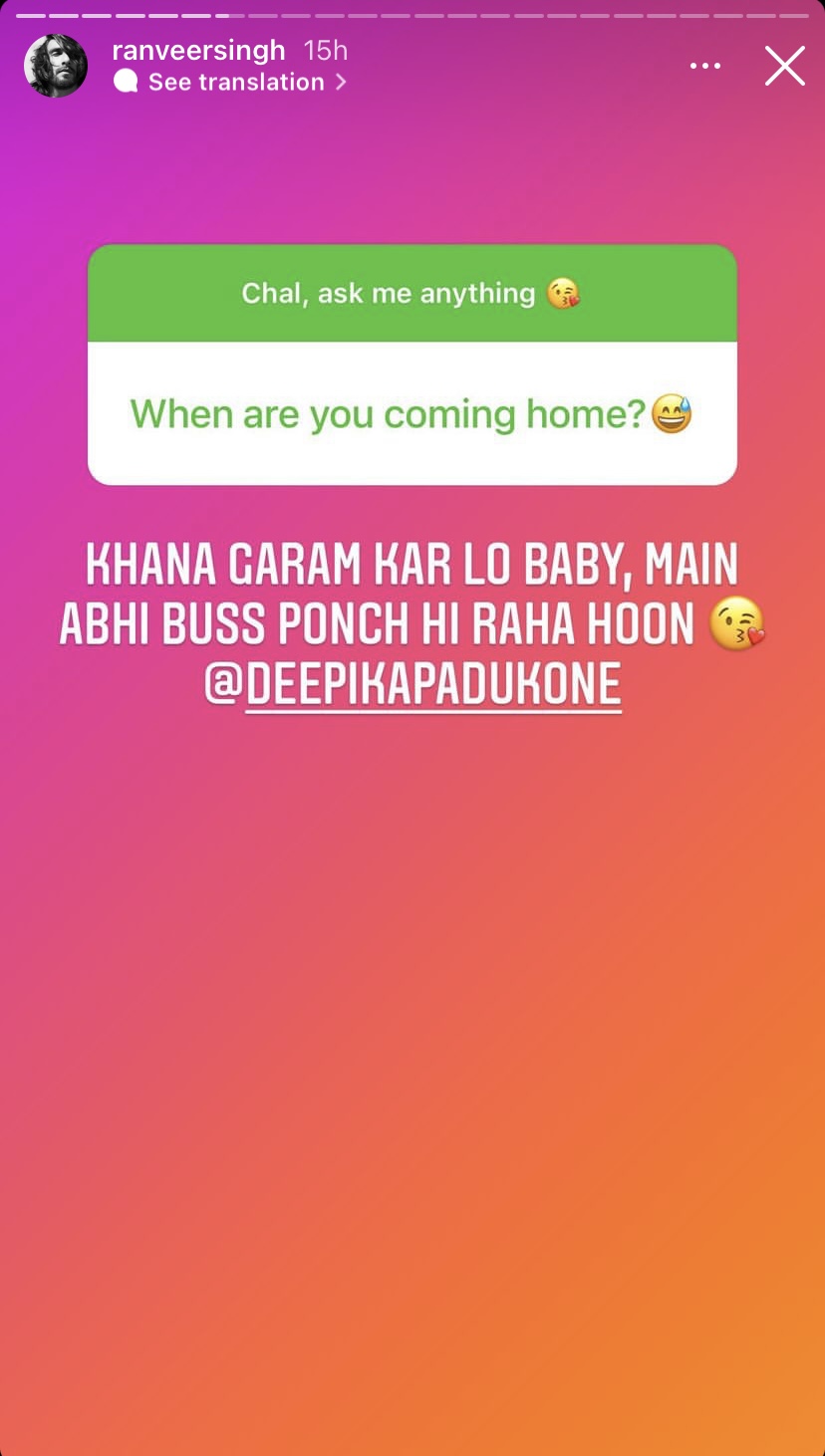 Not just Deepika, but Ranveer’s close friend Arjun Kapoor also joined the QnA session. “How are you so sexy baba,” he asked to which the ‘Ramleela’ actor replied and wrote, “Aap ki training @arjunkapoor,” followed by a kiss emoji. 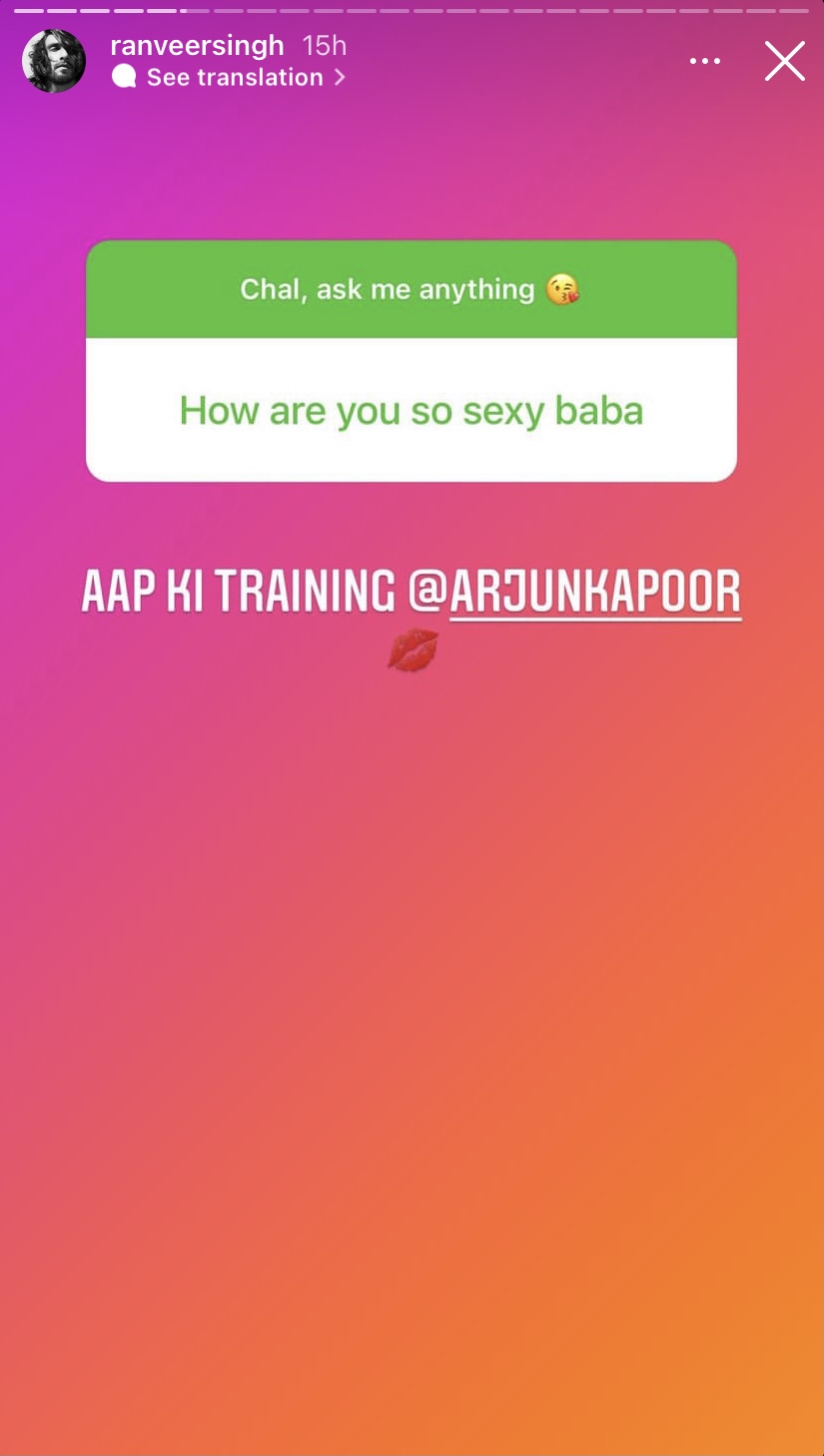 Rapper Divine also asked Ranveer a question that several of his fans must be dying to know. “Clb or Donda?” he asked referring to Drake’s recent album ‘Certified Lover Boy’ and Kanye West’s much awaited album ‘Donda’. Both albums dropped a few days ago wishing a span of two release from each other’s release.

Responding to the Ranveer answered, “Hahahaha! Mushkil sawal kiyela hai bawa! @viviankadivine very very tough. But since im partial to the hard shit… I gotta say ‘Donda’ by a hair.” 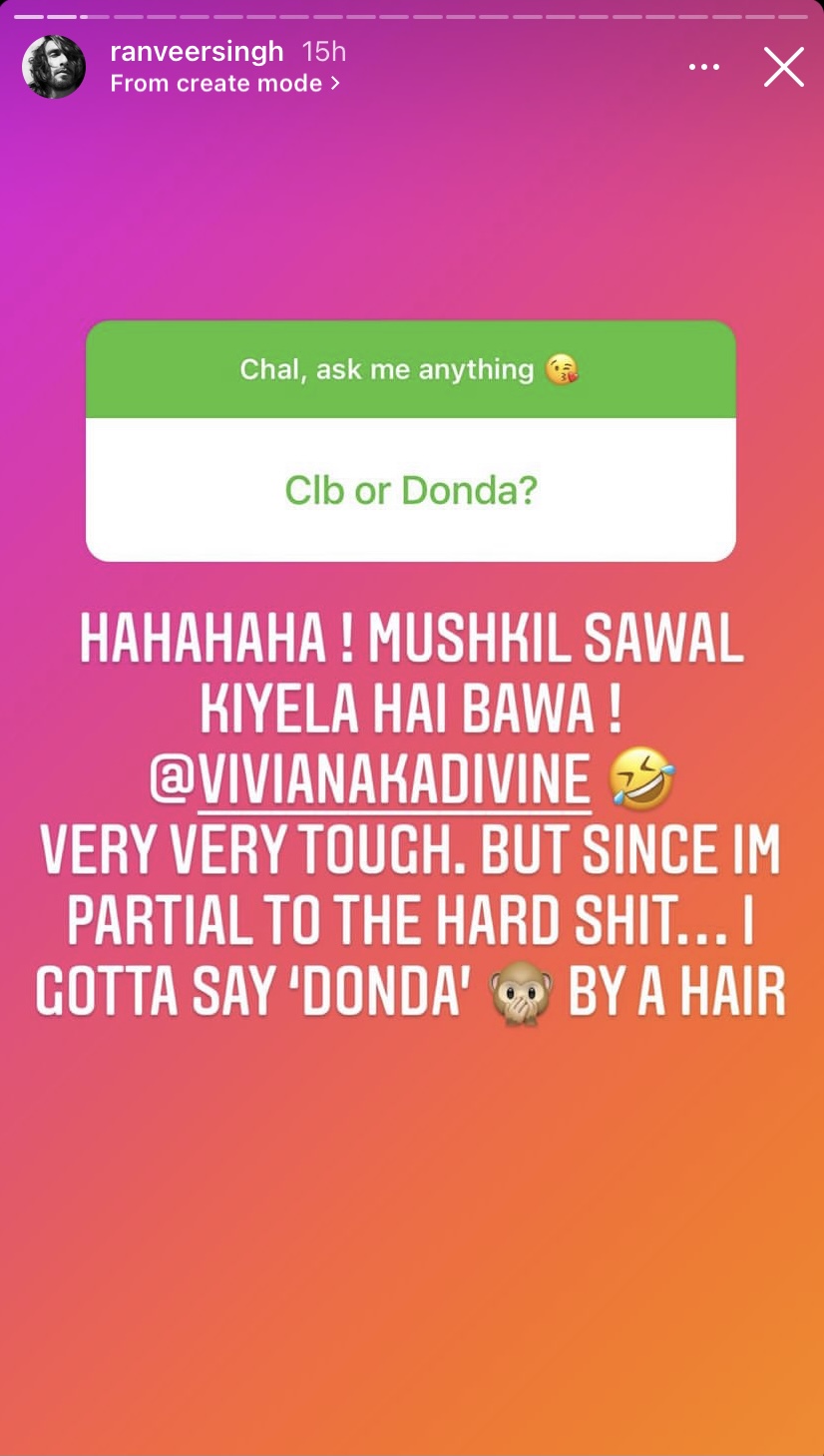 Actor Varun Sharma had a rather fun question. “Paaji Are you not missing me!! Punjabi Gaano ka session maarna hai year paaji,” he wrote. Responding to his request, Ranveer quoted the lyrics of song ‘Tu Aake Dekhle’ by king. 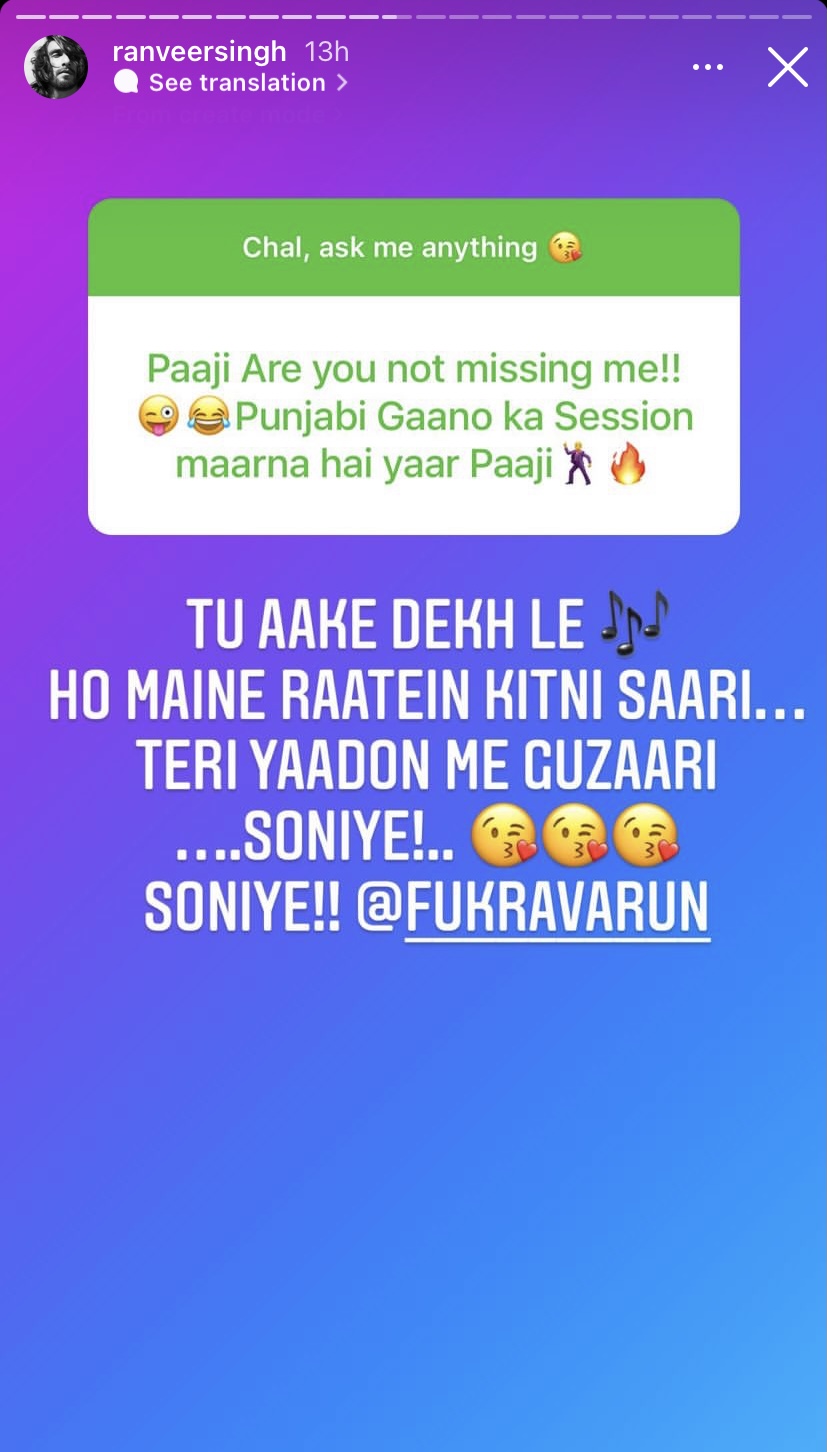 Ranveer also gave answers to other questions. He revealed that his nickname is ‘Rambo’. Meanwhile, on the work front, he is busy shooting for his new film ‘Rocky Aur Rani Ki Prem Kahani’, which also stars Alia Bhatt, Dharmendra, Jaya Bachchan and Shabana Azmi. Karan Johar is directing the project.