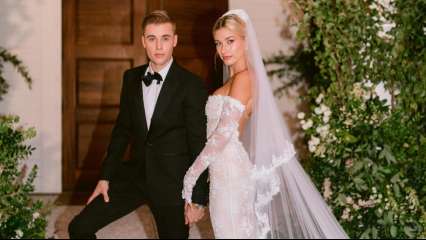 Hailey Bieber recently debunked rumours that her pop star husband Justin Bieber mistreats her, calling them ‘laughable’ and “out of touch with reality. According to Page Six, Hailey lambasted the haters in an interview with singer Demi Lovato on the latter’s 4D podcast this week.

She lashed out at the ongoing rumours and addressed what she called a persistent narrative about them as a couple. “There are so many narratives that float around about me, about him, about us together. Like, `Justin is not nice to her and mistreats her` and I`m just like… it`s so far from the truth and it`s the complete and utter opposite,” the model told Demi. The 24-year-old also stated that her husband is not only her best friend, but that she considers herself fortunate to be married to someone who treats her with respect every day.

The truth is that we have literally never been so obsessed with each other and we have so much fun together,” she added. These statements from Hailey comes after a certain sequence of event that had happened during the couple`s recent public appearances.

Last week, when Justin won Artist of the Year at the VMAs, he did not appear to hug Hailey on his way up to the stage. Even though he publicly announced her name, others saw it as a questionable action. Another example is a Tik Tok video that went viral, showing Justin wandering through a Vegas hotel after a show and animatedly conversing to Hailey. Some interpreted this to mean he was “yelling” at her, but as Hailey pointed out,’that’s complete nonsense’.

For the uninitiated, they secretly married in a New York courthouse in 2018. On September 30, 2019, Hailey and Justin held a large wedding ceremony for their friends and family.

(With inputs from ANI)