Superstar Shah Rukh Khan and interior designer Gauri Khan’s daughter Suhana Khan might not be a star but she is definitely a sensation on the internet. Suhana enjoys a massive fan following of over 1.9 million on Instagram and often breaks the internet with her photos. Suhana recently turned heads with her glamorous photos, however it was her father’s adorable reply that is winning the internet.

On Saturday, Suhana shared a bunch of poolside photos on her social media. In the snaps, Suhana can be seen in a white tank top and blue denim jeans while holding a red Coca-cola can in her hand. “Pretend it’s a Pepsi and I’m Cindy Crawford :)” she captioned her post.

Reacting to the post, Shah Rukh commented, “Can I pretend it’s you and the cola is incidental…..and still appreciate the picture???” to which Suhana commented, “@iamsrk okay yes you can.” SRK’s comment has garnered over 11,000 likes as of now, the most number of likes on any comment.

The photos were clicked by Gauri Khan who herself had uploaded some click on her Instagram handle. “Yes !!!! Blue is my favourite colour,” Gauri captioned the picture.

Responding to the photo, Suhana commented, “Best photographer”. SRK won the internet with his reply on Gauri post as well. “Whatever colour you take the picture in, and Suhana is in it….is our favourite colour,” he wrote. Fans commented “sweet” and “aww” under SRK’s reply. 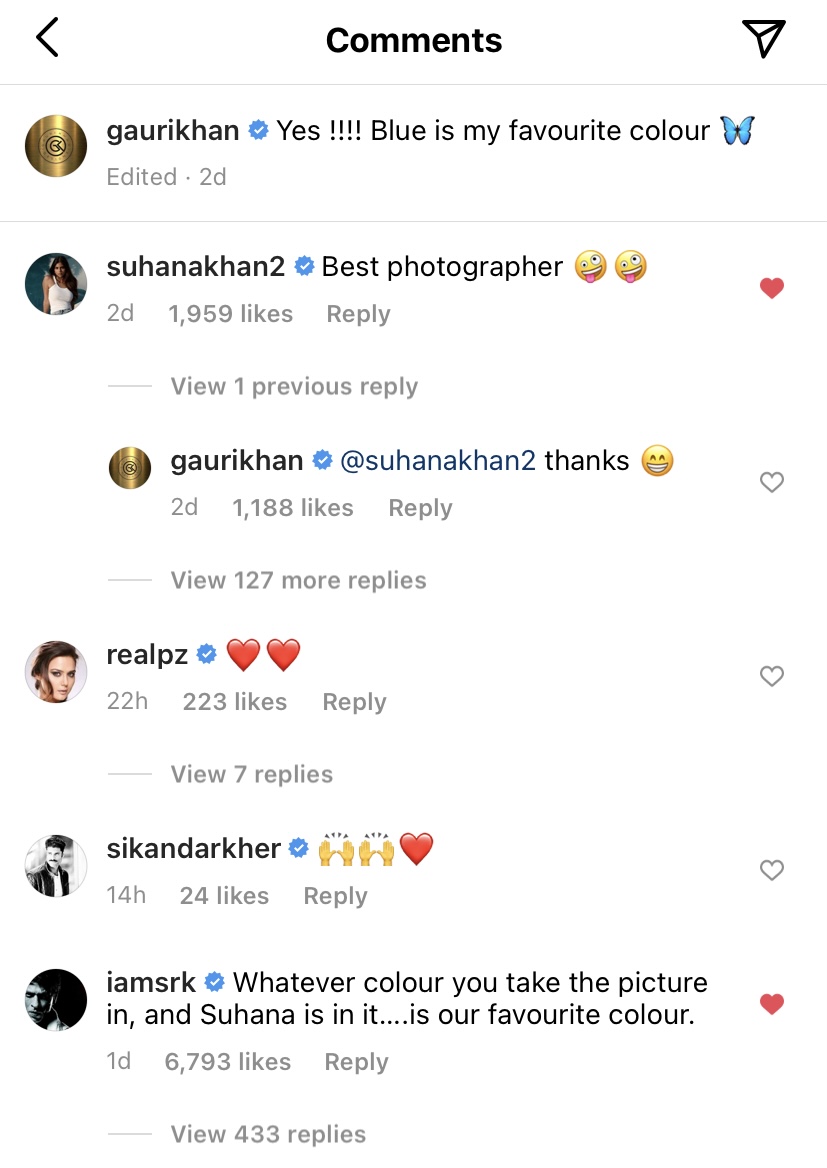 For the unversed, Suhana is currently studying at The New York University Tisch School of the Arts and the star kid aspires to be an actor just like her father.