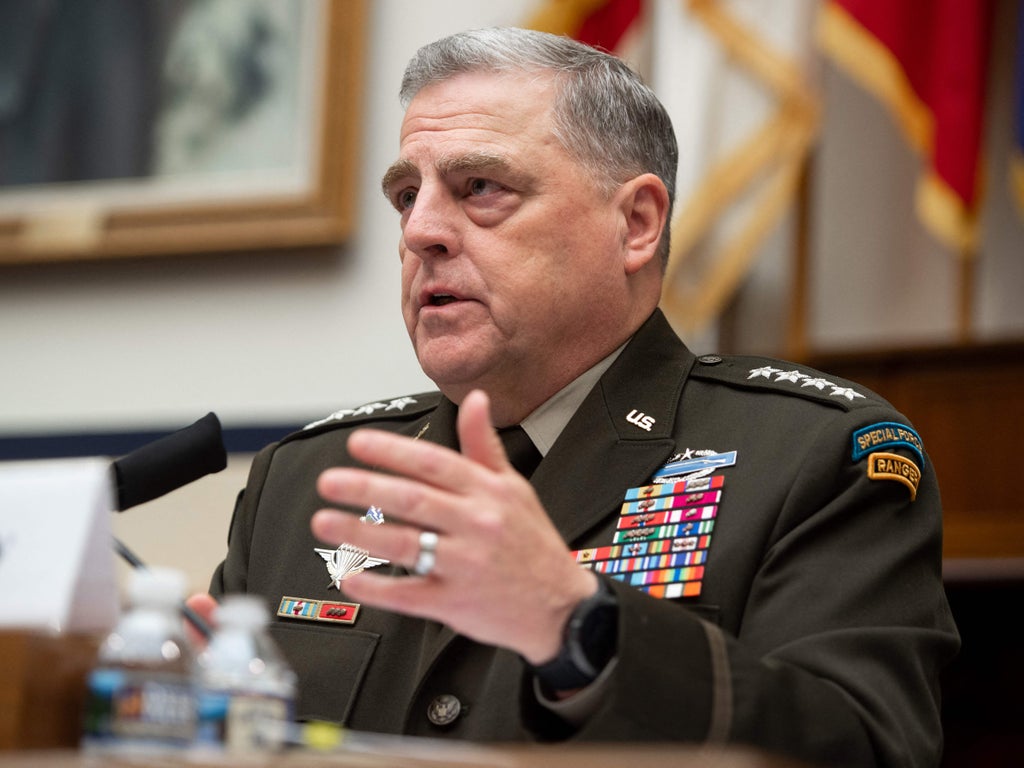 Donald Trump has lashed out at “woke generals” at a rally in Ohio, saying military leaders are now more focused on being politically correct than on fighting America’s enemies.

He was speaking after General Mark Milley, chairman of the joint chiefs of staff, defended the idea of teaching critical race theory and linked “white rage” to the pro-Trump riot at the Capitol when he appeared in front of a congressional committee last week.

Mr Trump, speaking to a crowd in Wellington, Ohio, at his first major rally since losing office, said: “I said to one of the generals, who was a good general – he wasn’t a woke general. Do you notice the woke generals we have? This was a real general.”

Later in his speech he said: “Our generals and our admirals are now focused more on this nonsense than they are on our enemies.

“Do you see these generals lately on television? They are woke. Our military will be incapable of fighting and taking orders.”

“We need a Republican Congress to ban critical race theory,” he added.

Last week Gen Milley responded to criticism from Republicans on suggestions the military was becoming too politically correct with an unusually impassioned statement.

He said: ““On the issue of critical race theory, a lot of us have to get much smarter on whatever the theory is,” he said.

“I do think it’s important, actually, for those of us in uniform to be open-minded and be widely read,.

“I want to maintain an open mind here. And I do want to understand that,” he added. “It’s important that leaders now and in the future do understand it.”

His comments sparked an ongoing public feud between his defenders and conservative pundits, such as Fox News anchor Tucker Carlson, and Republican lawmakers including Matt Gaetz.

Mr Trump and General Milley have a rocky history. The general apologised for taking part in Mr Trump’s stunt on 1 June 2020, when the then-president and several aides walked through Lafayette Park – where a protest by racial justice campaigners had been violently broken up by law enforcement – to St John’s Episcopalian Church. When they arrived they stood silently in front of the church, which had been damaged by fire in protests the night before, while Mr Trump held up a Bible.