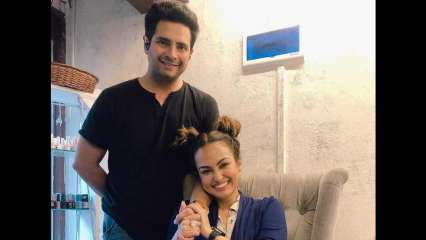 The case has been registered at the Goregaon police station. The actor’s family members Ajay Mehra, Bela Mehra and Kunal Mehra have also been charged with assault and willful harassment. Further, Rawal also accused Mehra of withdrawing more than Rs one crore from her account. Goregaon Police said they are investigating the matter and arrest has been made in this case so far.

Earlier, Mumbai Police had arrested Mehra on May 31 after he allegedly fought with his actor wife Nisha Rawal.

Post his bail, Karan had spoken to India Today and said, “t is sad that after so many years of marriage this happened. We have been discussing this for the last one month because things have been a bit strange between us for a long time. So, we were thinking that if we should part ways or what should we do. So we were trying to fix things.”

He added, “Nisha’s brother, Rohit Sethiya, had also come to improve things. Later, Nisha and her brother asked for an alimony amount, which was too high, and I said it was not possible for me. Last night also, we spoke about it. He came to me at around 10 pm. When I said it won’t be possible for me, he suggested taking the legal way.”

Karan went on to say, “After the conversation, I came to my room. I was talking to my mother over the phone when Nisha barged in and started hurling abuses at me, my parents, and my brother. She started shouting loudly and not only that Nisha even spat on me. When I asked Nisha to go out, she threatened me by saying ‘see what I do now’ and went out. She then smashed her head on the wall, and told everyone that I did it.”

Karan Mehra and Nisha Rawal got married in 2012. Karan Mehra rose to fame with his performance as the main lead Naitik Singhania in the television soap opera ‘Yeh Rishta Kya Kehlata Hai’, one of the most longest-running Indian TV serials.