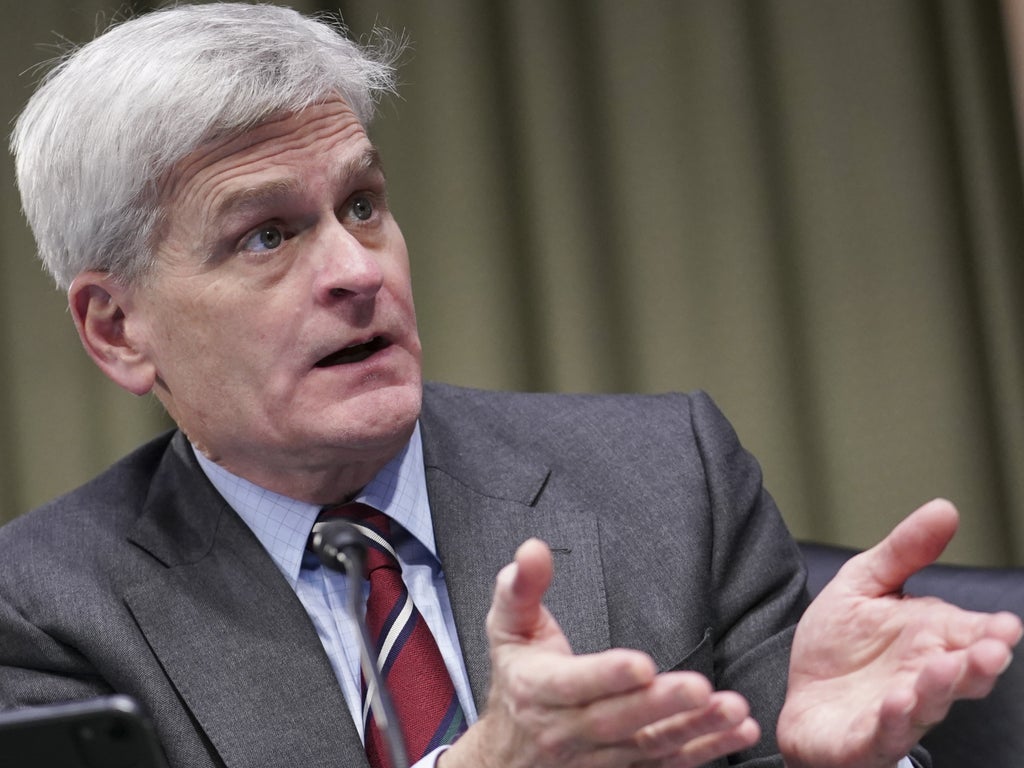 A Republican senator suggested that infrastructure issues such as crumbling bridges are “a woman’s problem,” citing his wife’s view, because women were more likely to use roadways while “shopping” for their families.

In an interview on Sunday with Meet the Press on NBC, Louisiana’s Bill Cassidy explained his wife’s belief that the health of America’s roadways was more relevant to women.

His response came after he was asked how he will sell the White House’s bipartisan infrastructure deal to more sceptical members of his own party.

“My wife says that roads and bridges are a woman’s problem if you will,” said Mr Cassidy. “Because oftentimes it is the woman – aside from commuting to work – who’s also taking children to schools or doing the shopping.”

“And the more time that she spends on that road, the less time she spends doing things of higher value,” he added.

Mr Cassidy was one of five Republican senators who appeared alongside President Joe Biden at the White House on Thursday when Mr Biden announced the striking of an agreement around the framework of a $1.2 trillion infrastructure deal that would provide funding for the renovation and development of roads, bridges, tunnels, and other physical needs including the expansion of broadband access.

The agreement, if it makes its way through Congress and to Mr Biden’s desk, would be the president’s first bipartisan legislative victory.

His party previously passed a Covid-19 relief bill on party lines in the House and Senate, using the reconciliation process to avoid a GOP filibuster.

The framework’s future remains uncertain, however, as the bill’s text has yet to be released and already a dispute has emerged over whether it will have the necessary votes from Republicans if Democrats vow to simultaneously pass a second infrastructure bill expanded to deal with social issues including child care through the reconciliation process.

Complicating the issue is House Speaker Nancy Pelosi’s vow to not pass the White House-negotiated bipartisan deal should a reconciliation bill not be passed as well.

Mr Biden was forced to walk back a similar promise on Saturday, and released a statement clarifying that he did not plan to veto the bipartisan deal if a reconciliation bill was not also passed.