Shweta Bachchan Nanda has been on a social media break since February 16 this year. Now after four and a half months, the entrepreneur and Amitabh Bachchan’s daughter is back on Instagram. Shweta took to her photo-sharing app and posted a vintage video featuring Big B and little Abhishek Bachchan from a stage show. In the video, the megastar introduces his little ones to the world and they say ‘hello’ shyly.

Shweta captioned the video stating, “Haalo, is it me you’re looking for?”

Shweta’s daughter Navya Naveli Nanda welcomed her mom back on Instagram by commenting, “Welcome back.” 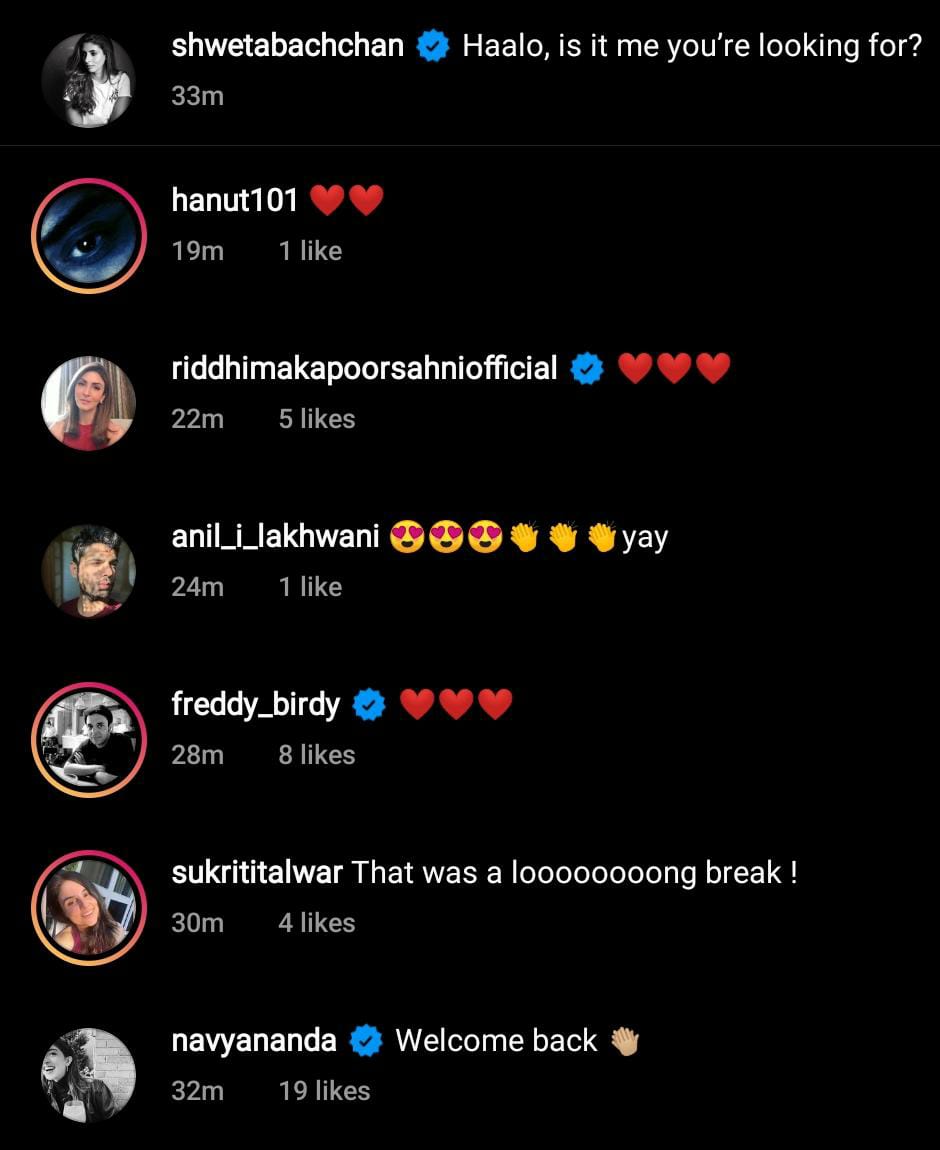 Shweta via her Instagram page often indulged in banter with her family and friends including Big B, Abhishek, kids Navya and Agastya Nanda, friends Karan Johar, Zoya Akhtar and others.

She shares a beautiful relationship with brother Abhishek which has been witnessed often on national television too.

Earlier in a column for DNA, Shweta had penned about her bond with Abhishek. She wrote, “My brother, who normally is gifted with great timing, sends me a link on how it is “scientifically proven that parents love their eldest child more.” Whoever researched this was not an older child! A few hours later, he FaceTimes me, recoiling as my face appears on the screen, “You look scary,” he says. A few hours later, he shares a photo on our family chat group (of us in the ’80s) — with the comment “nice moustache, Shwetdi,” many crying-with-laughter emojis from my kids in response. I am immune to this, it has been three decades of unending banter — mostly at my expense.”