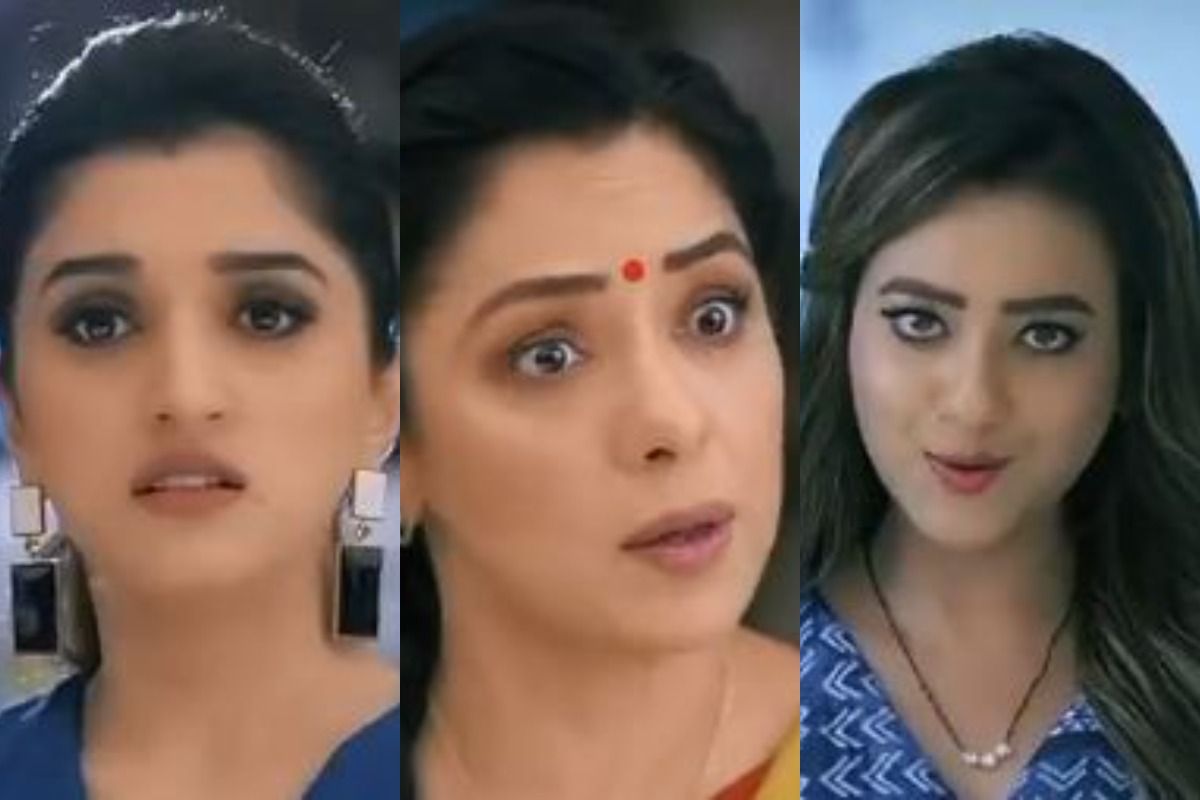 Anupamaa Spoiler Alert Ahead: In the upcoming episodes of Anupamaa, high-voltage drama is expected inside the Shah house after Kavya manipulates Kinjal over household works. After Anupamaa prepares the entire meal, before leaving for work, she asks Kinjal to make chapattis. Unhappy about working after a tiring day at the office, she gets miffed while working in the kitchen. Not leaving the chance, Kavya tells her that the burden of household chores has come on Kinjal after Anupamaa started working. Later, during dinner, when Anupamaa asks Kinjal about the chapattis, she rudely replies to her which makes Baa and Bapuji leave the dinner table. Also Read – Anupamaa: Mithun Chakraborty, Father-In-Law of Madalsa Sharma, Visits Show’s Set | See Photo

Unable to understand the sudden change in Kinjal’s behaviour, Anupamaa starts to observe her behaviour against the Shah family members. Finally, Anupamaa understands that Kavya had brainwashed her and is trying to break the family. She then decides to talk to Kinjal and make her understand. But will Anupamaa succeed or Kavya will be successful in breaking the family? Also Read – Anupamaa’s Kavya Aka Madalsa Sharma Shares Real Life Equation With Co-Star Anagha With a Quirky Video | Watch

In the last episode, Kavya was seen insulting Vanraj in front of the whole family over his ‘small-time cafe job’ and called him a loser. When Kinjal seeks help from Vanraj with some clients, Kavya makes fun of him saying Vanraj won’t be able to help as he is busy selling coffee. To everyone’s surprise, Samar takes a stand for Vanraj and tells Kavya that she should respect Vanraj for what he is doing because it’s not easy to start afresh at his age. Also Read – Anupamaa Spoiler Alert: Kavya Insults Vanraj, Calls Him ‘Loser’ Over His Cafe Job