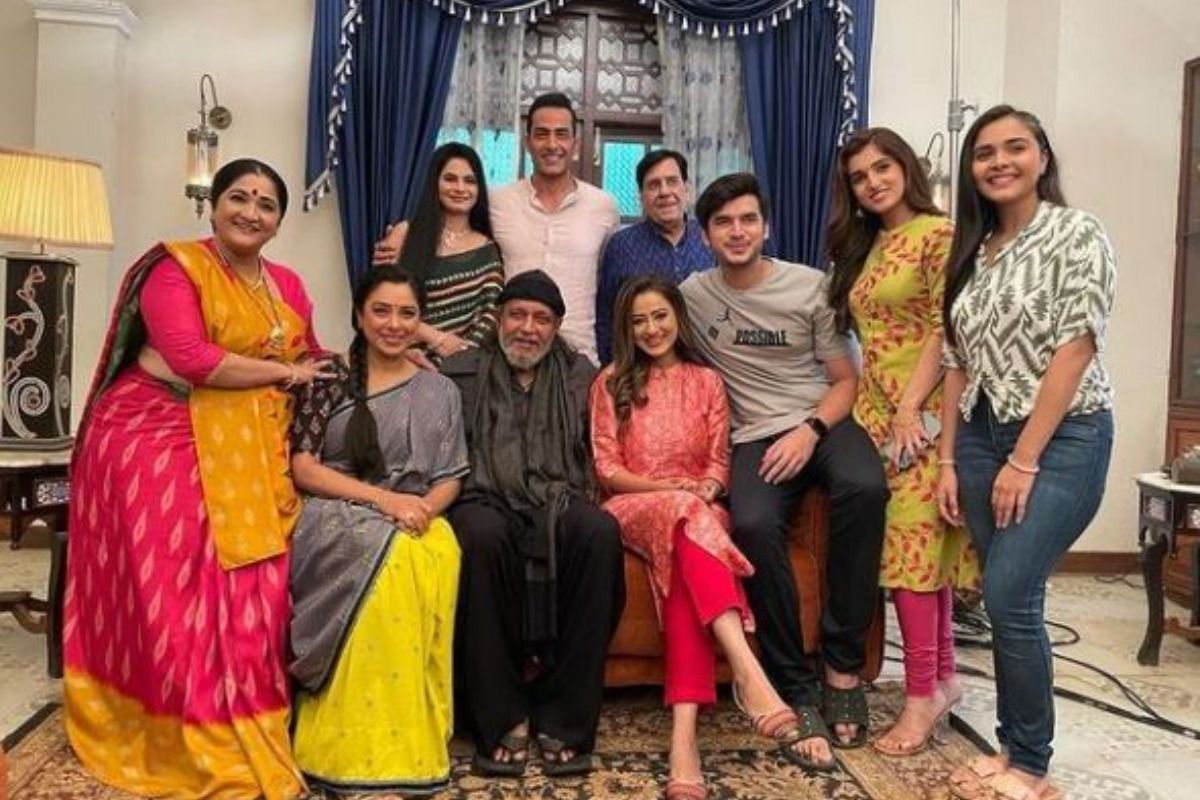 Mumbai: Anupamaa starring Rupali Ganguly, Sudhanshu Pandey, and Madalsa Sharma is ruling the television with its interesting storyline. It has been often reported that the real-life family members of the cast of the show often pay a visit to the sets of Anupamaa. Recently, Madalss Sharma aka Kavya’s father-in-law and Bollywood veteran actor Mithun Chakraborty paid a surprise visit on the set of the show. With his ‘surprise visit’, the cast members were delighted and chose to click a picture with him to make it a memorable one. Also Read – Anupamaa’s Kavya Aka Madalsa Sharma Shares Real Life Equation With Co-Star Anagha With a Quirky Video | Watch

Sharing the picture, it captioned it, “Thank you so much @mithunchakrabortyofficial, for the surprise visit to the #anupamaa set! (sic) Also Read – Anupamaa Spoiler Alert: Baa-Bapuji Defends Anupamaa Against Society, Kavya Plans Wicked Moves

For those who don’t know, Madalsa Sharma, who plays the role of Kavya, is the daughter-in-law of veteran actor Mithun Chakraborty. She is married to his son Mimoh Chakraborty.

Meanwhile, Rupali Ganguly, Sudhanshu, and other cast members keep sharing their videos and photos from the set of Anupamaa. Recently, there have been reports that of a rift between Sudhanshu Pandey and his co-star Rupali Ganguly. However, Sudhanshu dismissed the rumours and said, “Rupali and I are good co-actors and friends, too. There is nothing wrong between us. And a difference of opinion between two actors at times is very normal and can happen any day. There are so many times when you don’t agree on something and get a little upset but then it is over. And that happens not only with actors working on the sets, it also happens between two individuals at home. Rift or cold war are too strong words to use.”