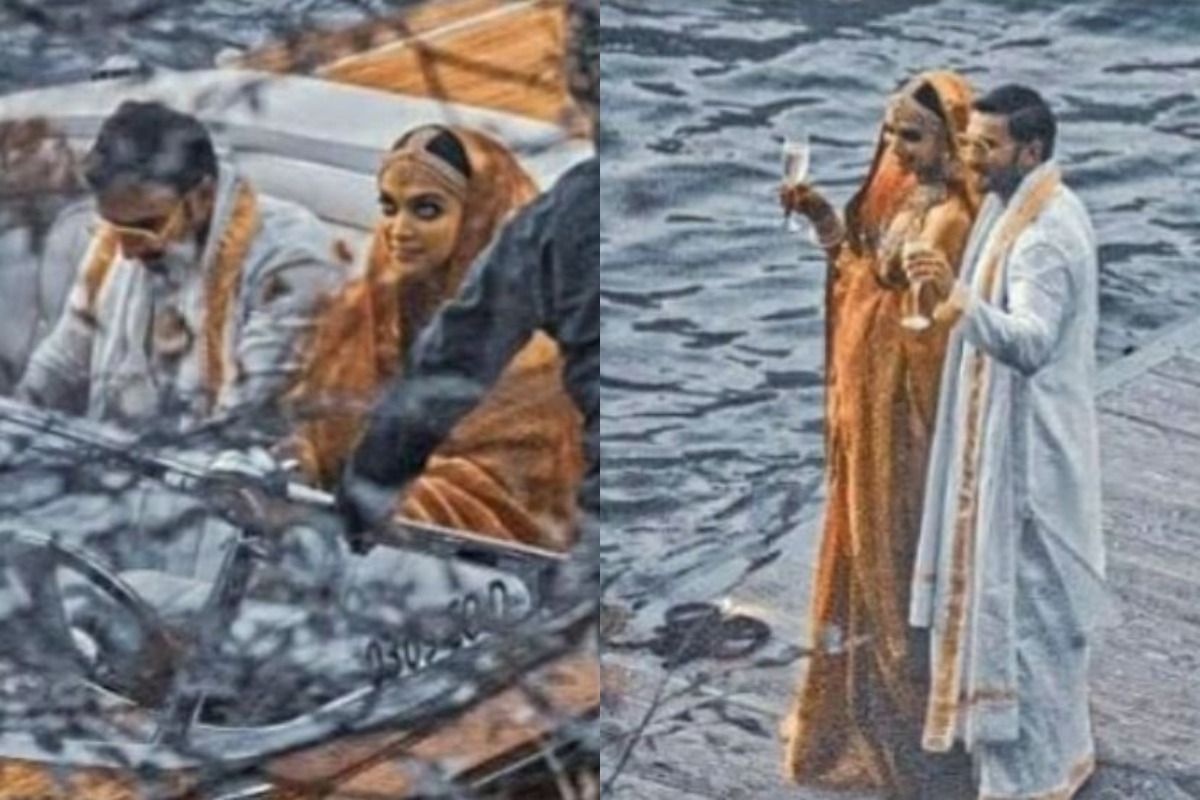 Lake Como: Bollywood’s power couple Deepika Padukone and Ranveer Singh tied the knot in November 2018 in Lake Como, Italy. Now, some of the unseen pictures from their wedding are going viral on social media and we are sure you have not seen these photos before. In the pictures, the newlyweds, clad in their respective traditional wear, can be seen raising a toast. In another photo, Deepika and Ranveer are seen arriving at the wedding venue together on a luxurious boat. Also Read – Shah Rukh Khan Resumes Shooting For Pathan, Deepika Padukone-John Abraham To Join Next

The pictures are from their South Indian style wedding as Deepika can be seen wearing an orange traditional saree while Ranveer is seen in a golden-bordered vesti. The couple had two wedding ceremonies – an Anand Karaj ceremony and another in a South Indian style. Also Read – Arjun Kapoor In The Weekend Interview: I Am Not A Bad Actor | Exclusive

Deepika and Ranveer dated for six years before they got married in 2018. Speaking about the wedding, Deepika had told Filmfare, “There are so many memorable moments. My mother doing the kanyadaan. Also that moment on November 13, when I was getting my mehendi done and the sun came out. Ranveer and I have a connection with the sun, we love the sun. Everything was perfect. Not one bag got misplaced, no one missed a flight, it was all in place. On November 15, after the Anand Karaj ceremony was over, there was one boat to take Ranveer and me back to the hotel from the venue. The sun was setting… it was the first time after our marriage that we were alone. We listened to our favourite song on full volume and literally rode into the sunset.” Also Read – Watch Interview: Arjun Kapoor on Film Choices, Reuniting With Ranveer Singh And Ek Villain 2

Deepika and Ranveer are all set to share screen space in the upcoming film ’83. While Ranveer essays the role of Kapil Dev, Deepika plays the role of his wife Romi Dev.