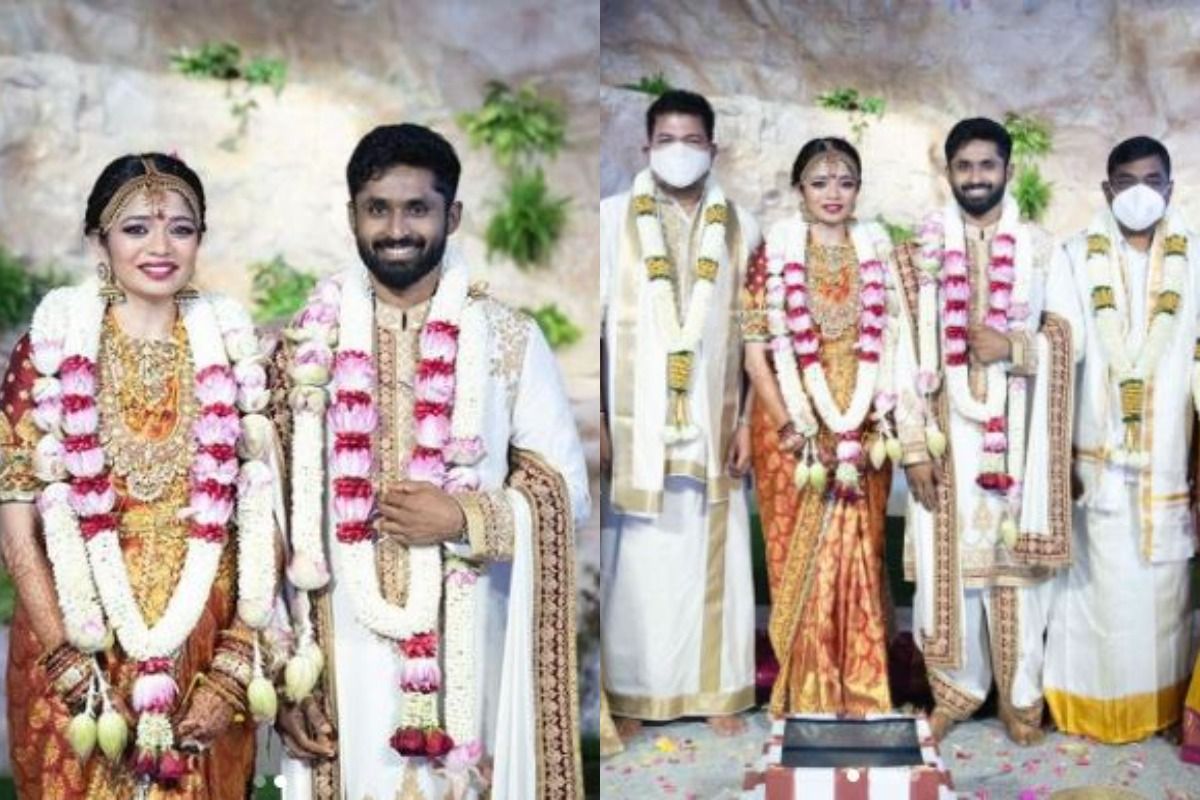 The pictures of the newly-wed couple surfaced around social media and are going viral. In the photos, Aishwarya looks drop-dead gorgeous in a traditional Kanchipuram saree teamed up with a red embroidered blouse. She accessorised her look with gold neckpieces, gold bangles, pair of earrings, matha patti, and perfect bridal makeup. Rohit, on the other hand, complemented his bride with white embroidered traditional wear. Also Read – Kiara Advani And Ranveer Singh To Star In Hindi Remake of Anniyan, Details Inside

Aishwarya is a doctor by profession while Rohit is a cricketer and plays for league level for Madurai Panthers in the Tamil Nadu Premier League. Rohit’s father and industrialist Damodaren owns the team. Also Read – Anniyan Controversy: Shankar Calls Ravichandran’s Letter an ‘Attempt to Jeopardise Future Projects’ – Read Full Statement

Meanwhile, on the work front, Shankar will soon begin work on the Hindi remake of his own Tamil hit, Anniyan starring Ranveer Singh. The film is expected to go on floors later this year. When he announced the project, the original producer of Anniyan, Aascar Ravichandran, warned Shankar of legal action over the remake. He had said, “I am utterly shocked to know that you are likely to undertake the direction of a Hindi film by adopting the story of the movie, Anniyan. You are well aware of the fact that I am the producer of the said movie Anniyan. The entire story rights were purchased by me from the writer Sujatha (alias late Rangarajan) for which full payment was done by me to him and necessary records are also available. I am the whole and sole owner of the rights of the storyline. As such, any such adaptation or remaking or copying the main plot of the said movie, without my permission, is totally illegal.”

Responding to allegations, Shankar said, “I am shocked to receive your mail dated 14.04.2021 stating that you own the storyline of the movie Anniyan. In this context, I submit that the movie was released in the year 2005 and everyone associated with the movie was aware that the script and storyline belong exclusively to me and in fact, the movie was released with the tag: Story, Screenplay, and Direction by Shankar. I have not assigned any script or screenplay to any person, and continue to retain the right to exploit the script in any manner I deem fit. As the admitted author of the literary work, my rights cannot be interfered with under any circumstances.”