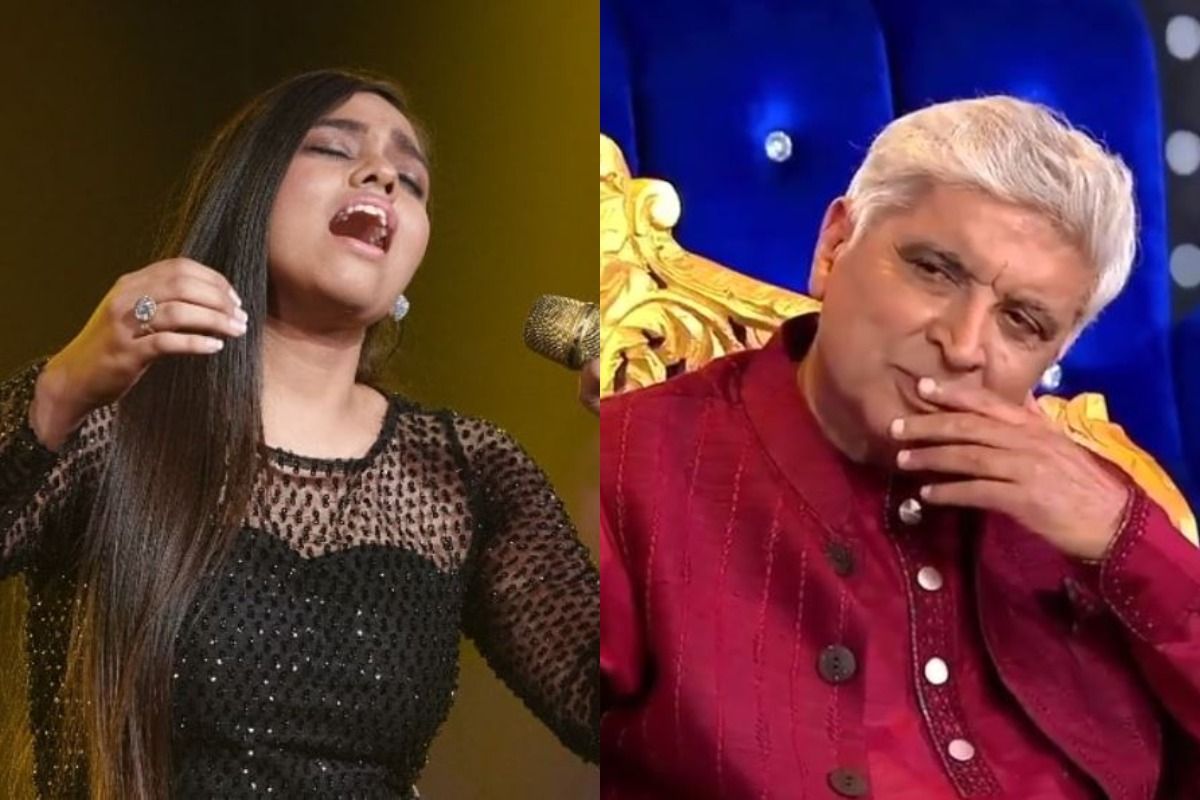 Indian Idol 12 latest news: Ace lyricist and writer Javed Akhtar appeared as the special guest on Saturday’s episode of Indian Idol 12. It was an episode dedicated to ‘Tribute to Javed Sahab’ where contestants were seen singing the songs penned down by him. Contestant Shanmukhapriya was left awestruck when Javed Akhtar praised her performance. He said, “I have seen a lot of your songs on YouTube and today saw you perform live. Continue to work the way you are. You have a very bright future ahead of you.” Also Read – Indian Idol 12 Contestants Pawandeep Rajan, Arunita Kanjilal And Others Get COVID-19 Vaccine | See Pics

The aspiring singer said, “I was awestruck the moment I saw Javed Sir enter the sets. I am such a huge fan of his work. His writing is what makes the song a lot more melodious. Being on the same set as him is a big deal. I am so grateful to Indian Idol Season 12 for allowing me to perform in front of a legend like Javed Sir. I couldn’t stand the ground when he mentioned he’s heard my yodeling & seen my videos. Javed Sir is a legendary artist and to receive a compliment like this means the world to me.” Also Read – Indian Idol 12 Eliminated Hero Sawai Bhatt Welcomed Like a Groom in Rajasthan | Viral Videos

Another tweeted, “Also notice how #AnuMallik gets excited and is baised with #ShanMukhPriya.”

Another user wrote, “I think SMP fans are also getting dumb now like SonyTV’s Judges & host. They like only screaming, shouting. Overwhelmed comments from judges and guests.”

Desperate attempt by #IndianIdol2021 #IndianIdol to rebuild image of #ShanmukhaPriya aka Song Killer they even used #JavedAkhtar for it. In the process they made it even more evident that the criticism she is facing is true. Atleast now throw her out or make her the winner.

#ShanmukhaPriya butchered another hit song ‘ye mera dil’, it was a disaster. The orchestra music was intentionally made loud so that her mistakes can be concealed.. #shame #IndianIdol2020

Host Aditya Narayan also said that he wishes to do one concert with Javed Akhtar. He said, “I would love to go on a concert with Shanmukhapriya across cities once the lockdown gets uplifted. Her energy is infectious, and I feel she’ll make for a great performer.”