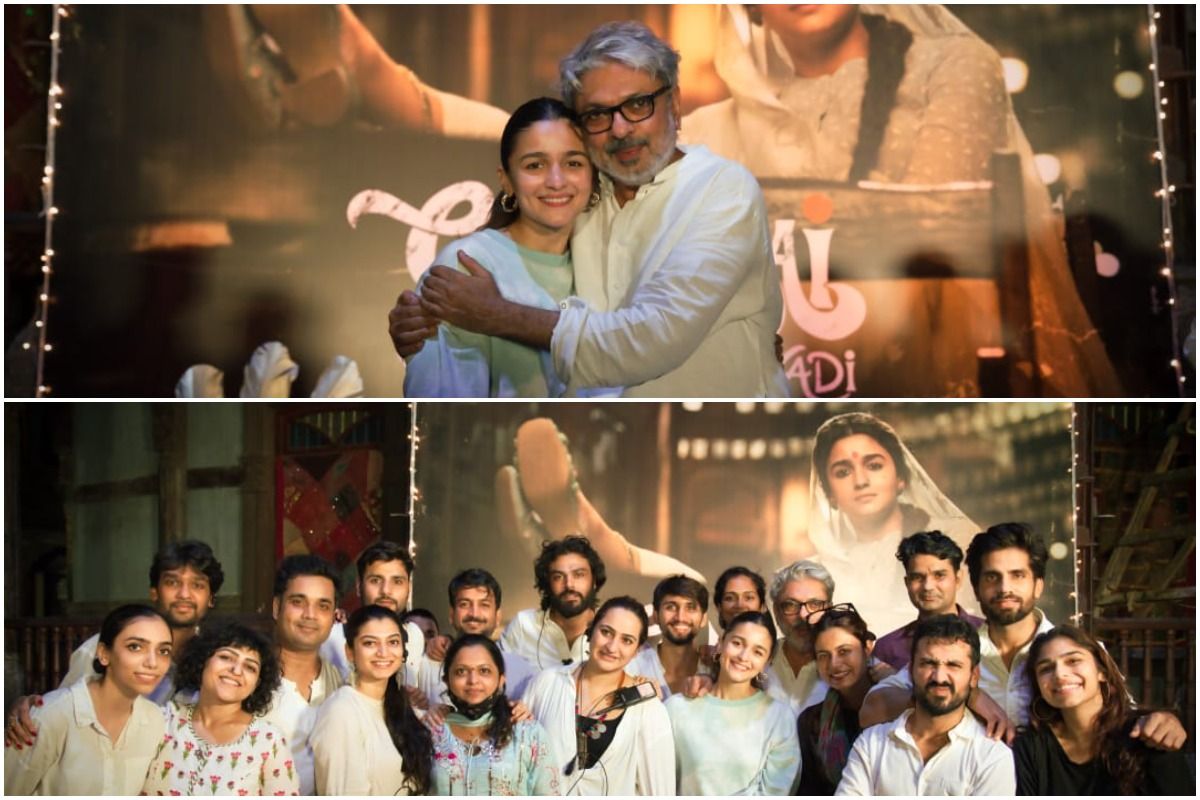 Mumbai: Shooting for Sanjay Leela Bhansali’s Gangubai Kathiawadi has finally been completed after two years. Alia Bhatt took to social media sharing the news with fans and wrote an emotional note. Talking about the film, Alia mentioned how working on this movie was a life-changing experience for her. Also Read – Arjun Kapoor’s Birthday: Ranbir Kapoor, Alia Bhatt, Janhvi Kapoor And Other B-Town Celebs Attend Bash In Mumbai

Alia Bhatt shared a series of pictures with Sanjay Leela Bhansali and the crew of the movie. Sharing the pictures, Alia mentioned that Gangubai Kathiawadi has been through two lockdowns and added that it was a gigantic life-changing experience for her. “We started shooting Gangubai on the 8th of December 2019 .. and we wrapped the film now 2 years later! This film and set has been through two lockdowns.. two cyclones.. director and actor getting covid during the making!!! the troubles the set has faced is another film altogether! But through all that and more.. what I take away is the gigantic life-changing experience!” Alia wrote. Also Read – Alia Bhatt Uses BTS’ Butter As She Shares Her First Instagram Reel, Leaves Indian ARMY In Complete Awe

While Gangubai Kathiawadi is the first collaboration between Alia Bhatt and Sanjay Leela Bhansali, the actor also mentioned that working with Bhansali was a dream for her. “Being directed by sir has been a dream all my life, but I don’t think anything would have prepared me for the journey I was on for these two years.. I walk out of this set a diff person today!” the actor wrote.

After Alia penned an emotional note, mumma Soni Razdan took to the comment section and wrote, “Ufff. This brought tears to my eyes … what a journey this must have been.”

Gangubai Kathiawadi is set for a theatre release on July 30. The film also features Ajay Devgn in an important role.