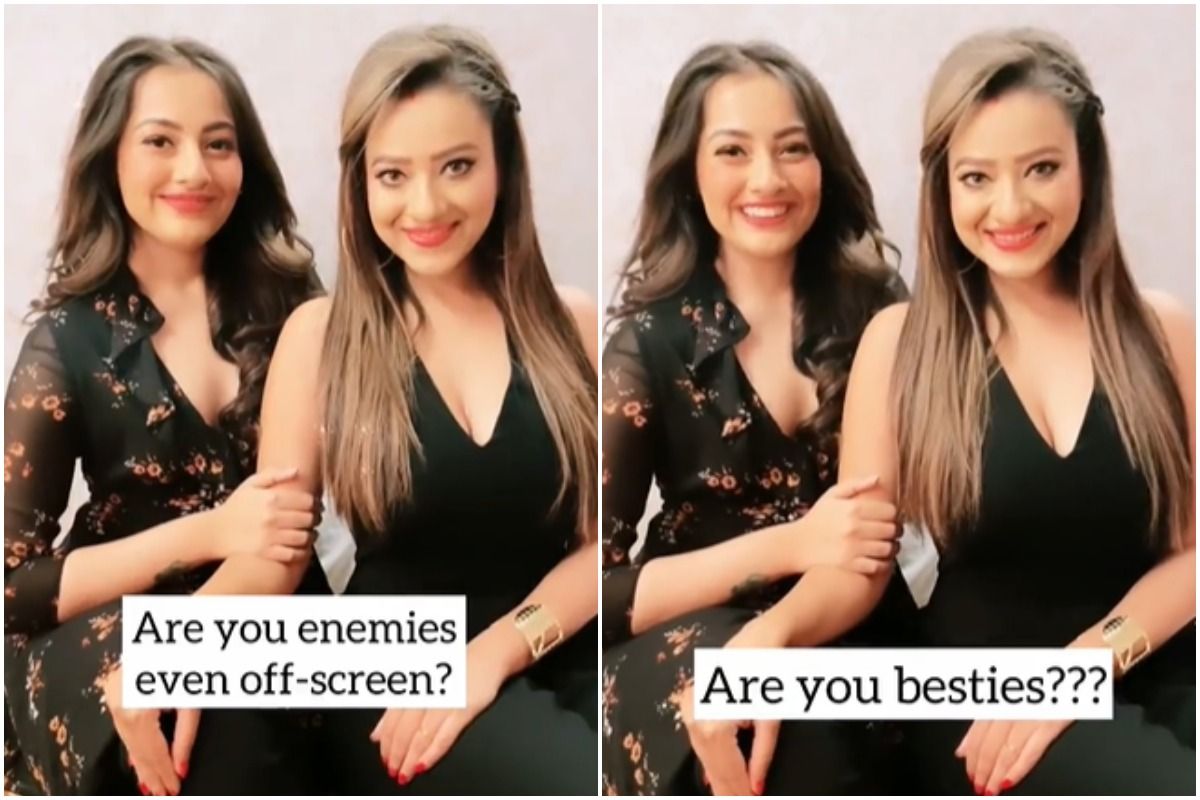 Mumbai: Anupamaa is one of the most loved shows on television and its is also ruling the TRP charts for over weeks now. The cast of Anupamaa – whether it is Kavya or Samar or Baa, everyone has been successful in winning the audiences’ hearts. But even though these characters continue to be at the loggerheads on screen, the situation behind the camera says something else. Also Read – Anupamaa Major Twist: Anupamaa Finally Learns About Kavya’s Evil Plan To Break Family, Will She Teach Her a Lesson?

Recently, Madalsa Sharma who plays the role of Kavya in the show shared a video in which she was seen along with Anagha Bhosale aka Nandini. Looking stunning in black outfits, the video presents their real-life equation in a funny, yet most adorable way. Sharing the video, Madalsa wrote, “Kavya and Nandu in Real Life!!!!”. Also Read – Anupamaa: Mithun Chakraborty, Father-In-Law of Madalsa Sharma, Visits Show’s Set | See Photo

Recently, reports of a rift among the Anupamaa cast made headlines. However, Sudhanshu Pandey reacted to the rumours and said that there is ‘nothing wrong’ between them and a ‘difference of opinion’ isn’t unusual but calling it a ‘rift’ is too dramatic.

Meanwhile, talking about the show Anupamaa, Madalsa Sharma plays the role of Vanraj’s second wife, Kavya. However, even after marrying Vanraj, she is insecure and leaves no opportunity to insult Anupamaa. Recently, the Shahs celebrated Vat Savitri puja. During the puja, Anupamaa was trying to help Kinjal do it properly but Kavya reacted to it saying that she shouldn’t have divorced Vanraj in that case. Later, when Kavya starts to take rounds of the tree, she had a big smirk on her face as though she has made Anupamaa lose some battle. Anyways, but as luck would have it, she was about to fall but Anupamaa saved her.