It was a sweet reunion of the Kapoor family and a few photos have made it to the Internet. Neetu Kapoor took to her Instagram page and shared a photo posing with Ranbir Kapoor, Alia Bhatt, Riddhima Kapoor Sahni and her daughter Samara Sahni. In the photo, all are seen smiling happily while posing for the camera. Neetu captioned the photo stating, “My world.”

In the photo, Ranbir is seen wearing a black full-sleeved T-Shirt and jeans with a black cap. While Alia wore a pink dress with balloon sleeves. Meanwhile, Neetu and Riddhima looked pretty in a black and pink outfit respectively.

Riddhima also shared a few photos on her Instagram story and it’s too sweet for words. 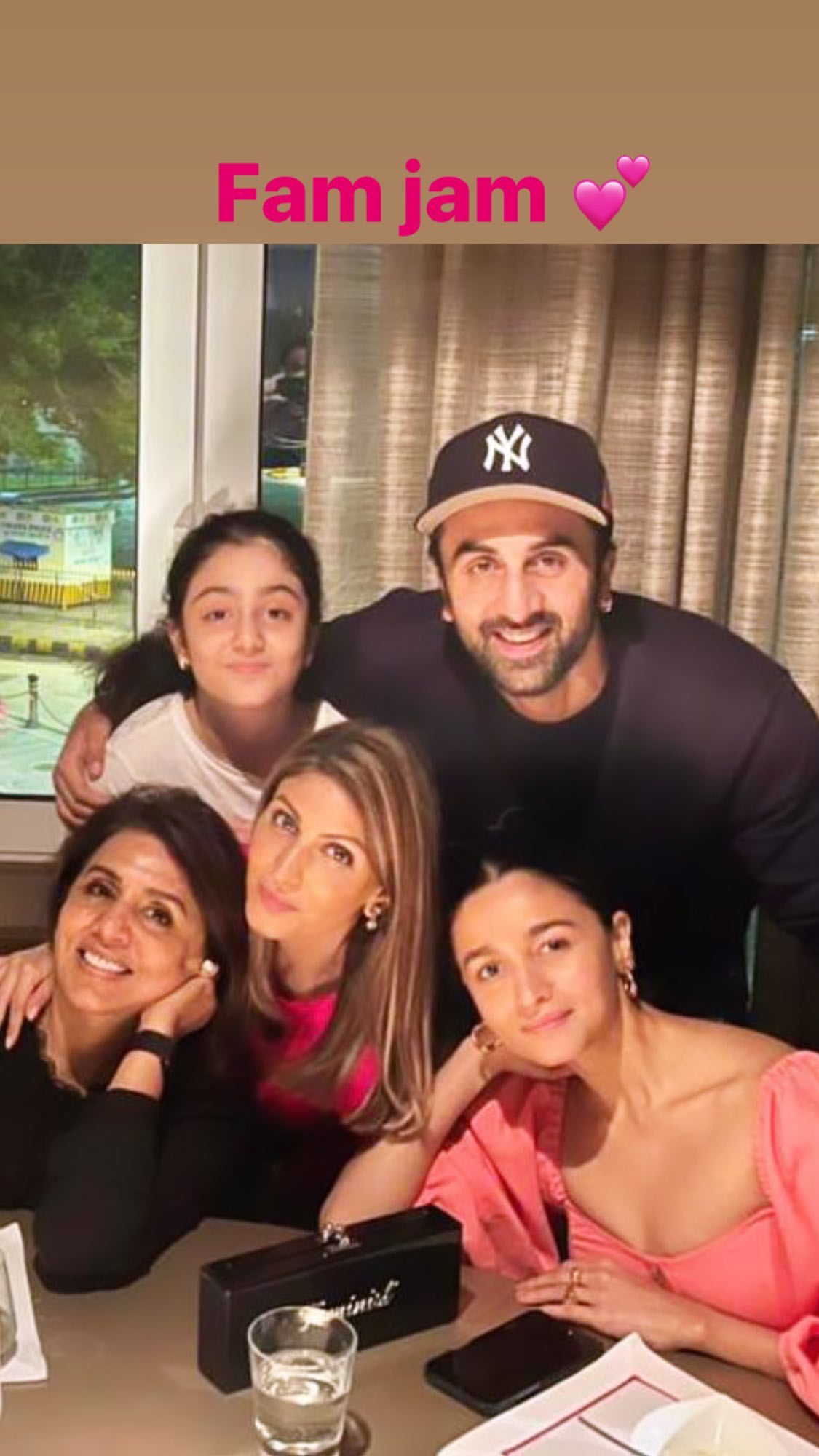 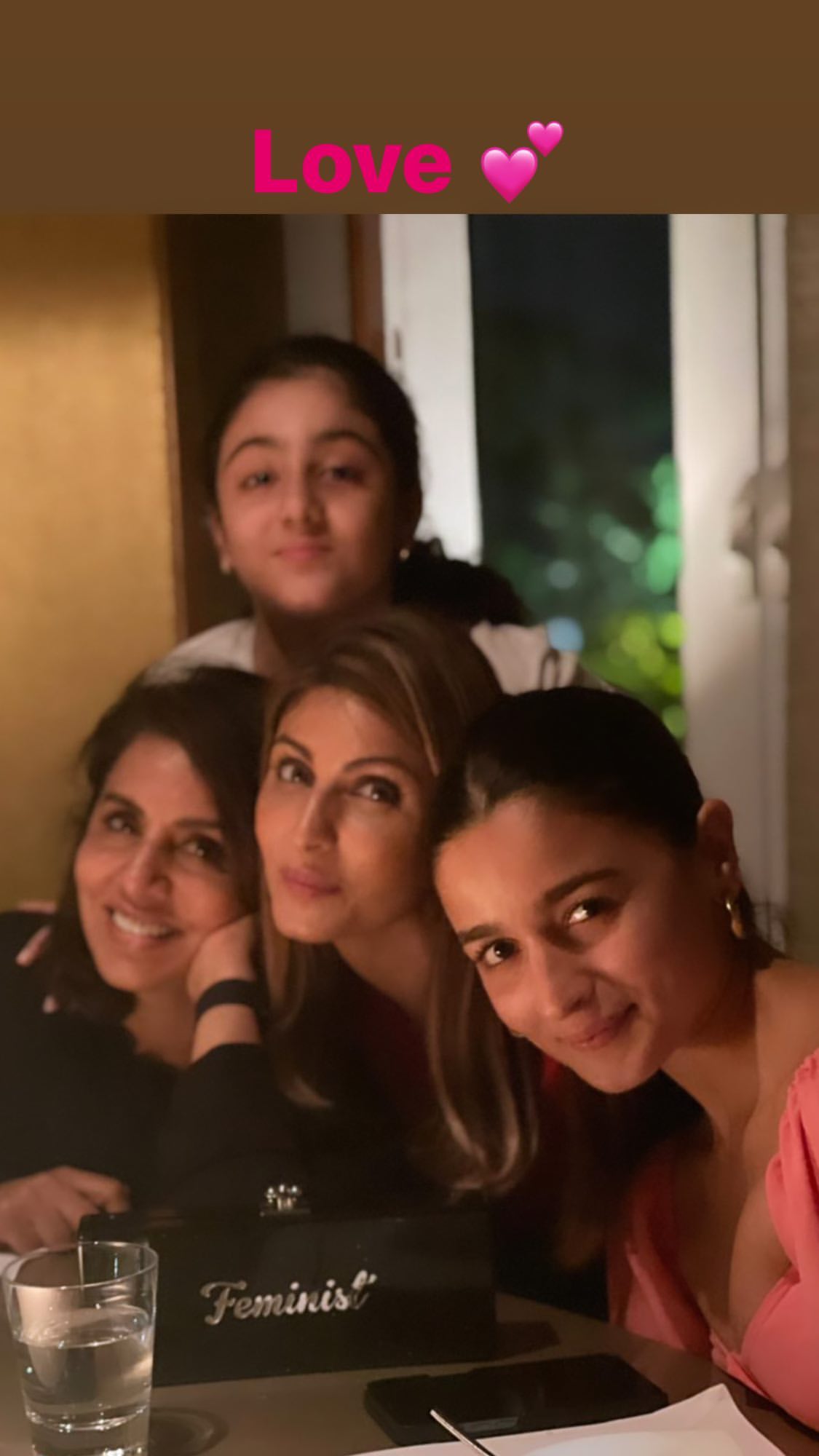 Earlier, during an interaction with Filmfare, Neetu revealed that she likes her privacy and wants her kid to be busy with their lives. Thus, she has been living alone and away from her children.

The veteran actor told Filmfare, “I want them to be busy with their lives. I say mere dil mein raho, mere sar pe mat chadho (stay in my heart, don’t stand on my head). When Riddhima was with me for the pandemic, I was so stressed for one year because she couldn’t go back. I used to get so restless. I used to tell her Riddhima to go back, Bharat (Sahni) is alone. I was literally pushing her away. I like my privacy. I am used to this way of life.”